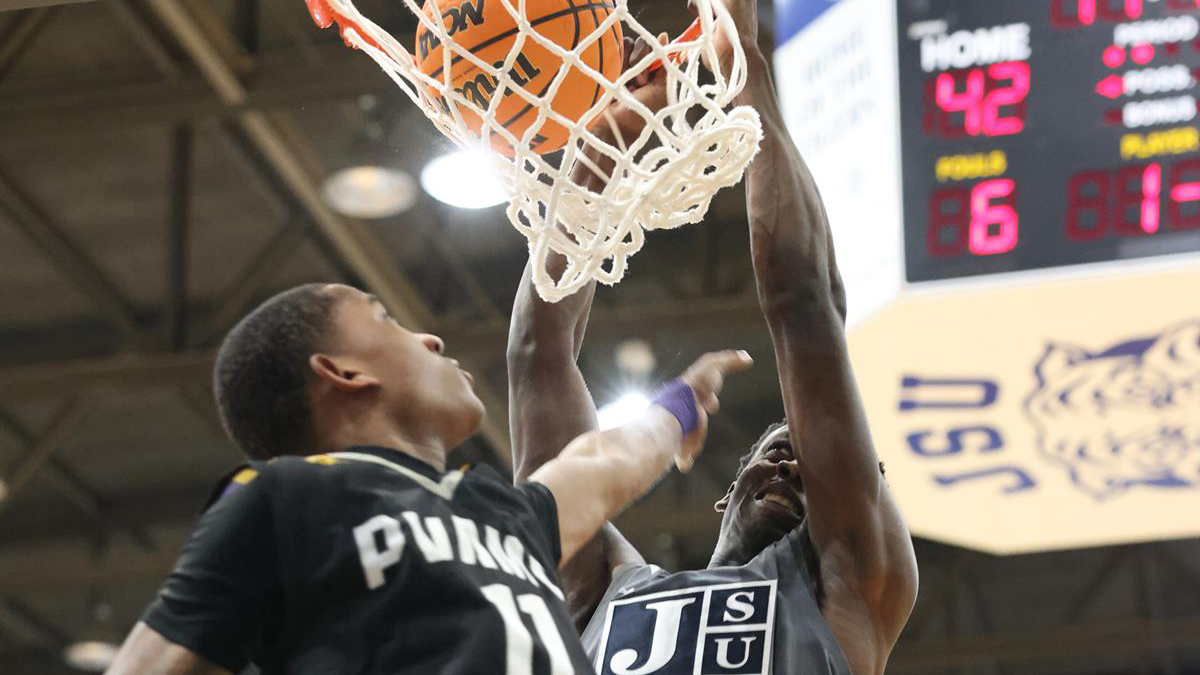 Malachi Wideman is still getting his basketball legs underneath him, but he’s still managed to make an impact for Jackson State early in SWAC play.

After terrorizing SWAC defenses on the football field for Jackson State this year, you would think Malachi Wideman would give it a rest.

Apparently, that’s not going to happen.

The all-SWAC wide receiver also plays basketball for JSUMalachi Wideman explodes as Jackson State blows past Bethune-Cookman, and he’s pretty good at that sport as well. Wideman came through in the clutch for Jackson State on Monday, putting down a thunderous dunk to seal his team’s 61-58 win over Texas Southern on Monday.

Terrence Lewis led Jackson State in scoring with 19 points while big man Jayveous McKinnis put up a double-double with 12 points and 12 rebounds.

Texas Southern led 30-25 at the half after holding Jackson State to 36 percent from the field. That flipped in the second half as TSU hit just 9 of its 27 attempts in the final 20 minutes.

Malachi Wideman finished with just seven points after averaging 13.5 over his previous two outings. He hit just two of seven field goal attempts, but also dished out four assists and came up with a couple of steals. Look for his output to improve as he continues to get his basketball legs beneath him.

The win improved JSU’s record to 4-12 on the season and 2-3 in SWAC play. It will look to extend its win streak to three in a row and even its conference record when it travels to Bethune-Cookman on Saturday. A trip to Tallahassee, FL to take on Florida A&M will follow that Monday.