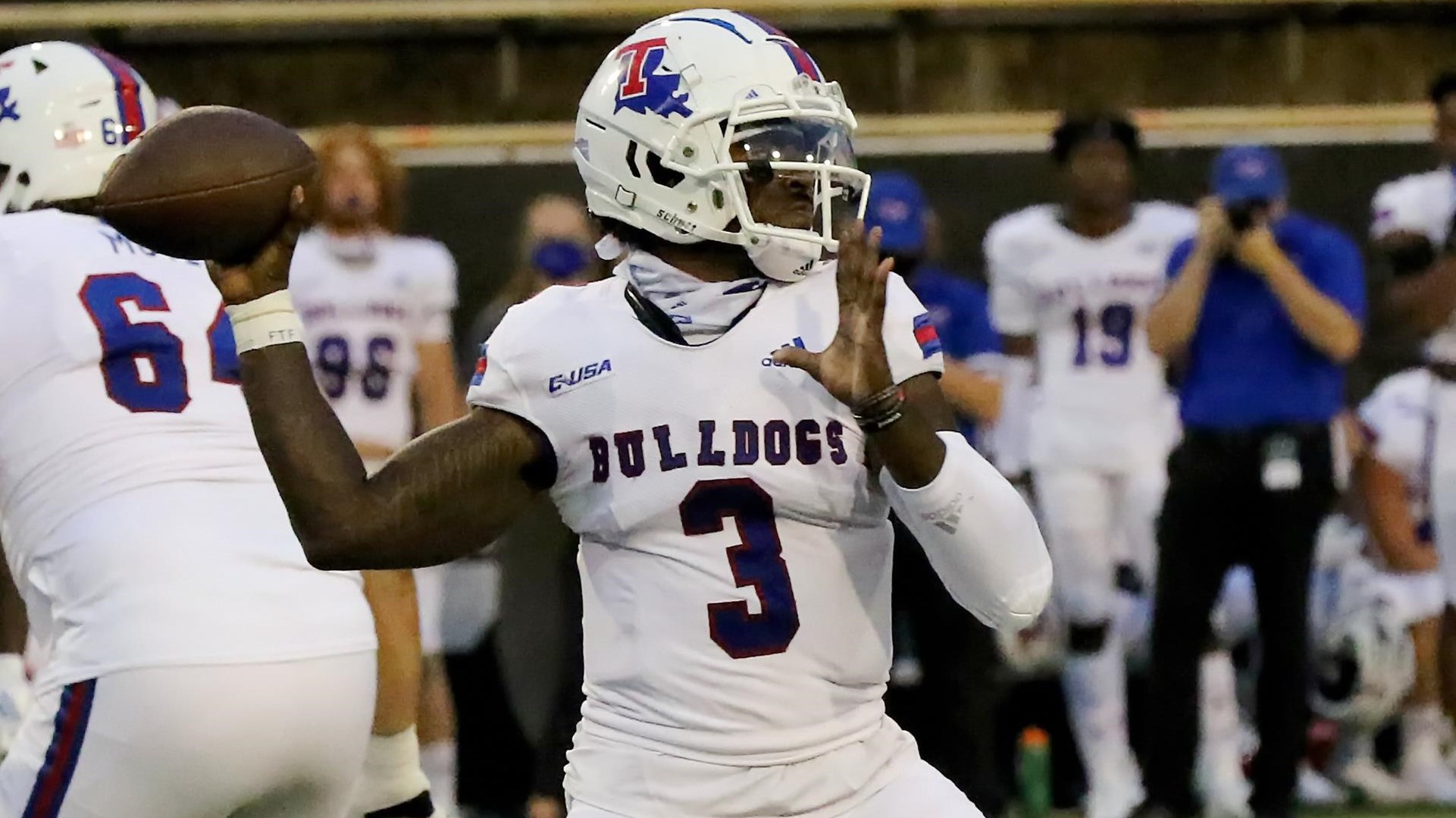 Aaron Allen is ready to compete for QB1 at Alcorn State

Aaron Allen recently announced his decision to transfer from LA Tech to Alcorn State as a quarterback with two years of eligibility left. Allen expressed his excitement to compete for the starting job and fill the shoes of Braves star Felix Harper in an interview with HBCU Gameday.

“The USA conference is really competitive, so I had fun. Especially whenever we play like LSU and Mississippi State,” Allen told our Symone Stanley.

“So it was a great competition and there’s a great brotherhood between everybody on the team and I had a good time. but I just felt like it was just a step in my journey and it was time to move on.”

Allen decided to enter the transfer portal after several coaching changes were made at LA Tech. With graduation approaching as well, the young signal-caller was ready for a fresh start.

“I sat down and talked with new coaching staff, and I just decided that it would be best for me to graduate,” Allen explained.

“Just seeing where I can land and get a better opportunity.”

Allen announced his decision to enter the transfer portal early In December of 2021. He then committed to Alcorn State a month later.

“I got in the portal right at the time. It’s like over 1000 people in the portal. So things start off kind of slow,” Allen explained.

“But once I put my tape out there, Houston Baptist offered me and Alcorn State. Alabama State, Arkansas State so it was really out of those schools.”

It did not take Aaron Allen long to realize Alcorn State was the right fit for him. The veteran quarterback committed within one week of his first visit to campus.

“I really just like the Brotherhood and the fact that I could be around the legend, Coach McNair and Coach Gray, as I know they both played in NFL,” Allen stated.

“So I thought It will be great for my development and make it to the next level.”

Allen is already preparing himself for a quarterback competition this Spring and Fall.

“However, with me being able to enroll as soon as I graduated in February, I’ll be able to do the Spring ball and I feel like that was vital for me to be able to actually compete,” Allen explained.

“I don’t want to be one of those guys that got there late and they just threw in there. So for that, it was important for my development so that I can earn a starting job.”

The incoming Braves quarterback is no stranger to the success that Coach Fred McNair has had developing quarterbacks. With the long-standing star Felix Harper heading to the 2022 NFL Draft, Allen and others are ready to shine next.

“He’s had a lot of great quarterbacks come through the program, so I’m really honored to be the next one to be able to get the opportunity to do that,” Allen exclaimed.

Aaron Allen is ready to compete for QB1 at Alcorn State

800
The Latest in HBCU Sports and Culture