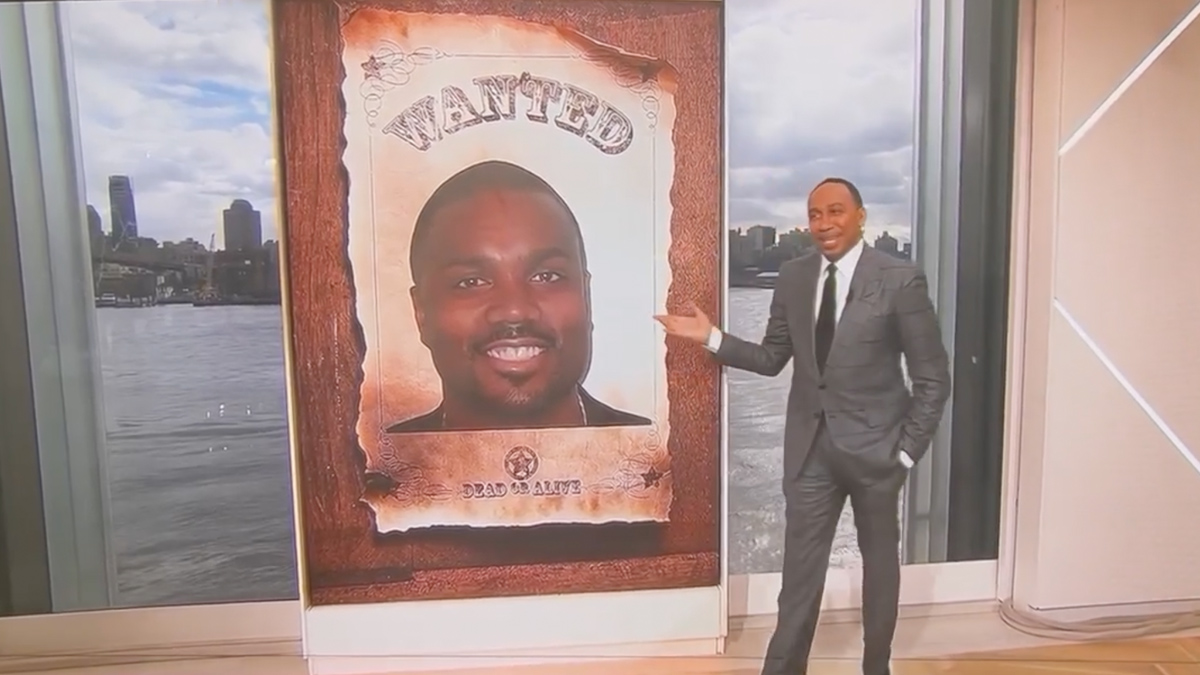 Stephen A. Smith is back after a serious COVID-19 case and he’s trolling his Cowboys-loving college roommate.

Love him or hate him — Stephen A. Smith is back on ESPN and he’s giving one of his college friends hell just like the rest of the Dallas Cowboys nation.

Viewers of “First Take” (as well as anyone who follows him on social media) know that ESPN host/personality enjoys few things more than trolling Cowboys fans. And Sunday’s heart-breaking defeat at the hands of the San Francisco 49ers in the Wildcard round of the NFL Playoffs gave him the perfect opportunity to troll one fan in particular that he knows very well.

“This guy right here, his name is Marc Turner,” Smith said pointing to a photo of his fellow Winston-Salem State alumnus. “One of my best friends in the world. College roommate. College teammate. Love him like a brother. He’s one of my brothers. I’ve got one problem with him. He’s a damn noisy, disgusting Cowboy fan.”

Smith’s co-hosts chuckled as he continued.

All jokes aside, Stephen A. Smith was lucky to even be in the position to rib on his friend. Smith told the audience on First Take Monday that he had a near-fatal bout with COVID-19 at the end of 2021. He says doctors told him had he not been vaccinated, he may not have survived.

“I had pneumonia in both lungs. My liver was bad, and it ravaged me to the point where even now I have to monitor my volume, get to the gym every day … I’m still not 100% with my lungs, but I’m Covid negative … I’m on the road to recovery.”

It’s clear that whatever toll the virus took on him, it is clear that his desire to troll Dallas Cowboys fans is still as strong as ever.