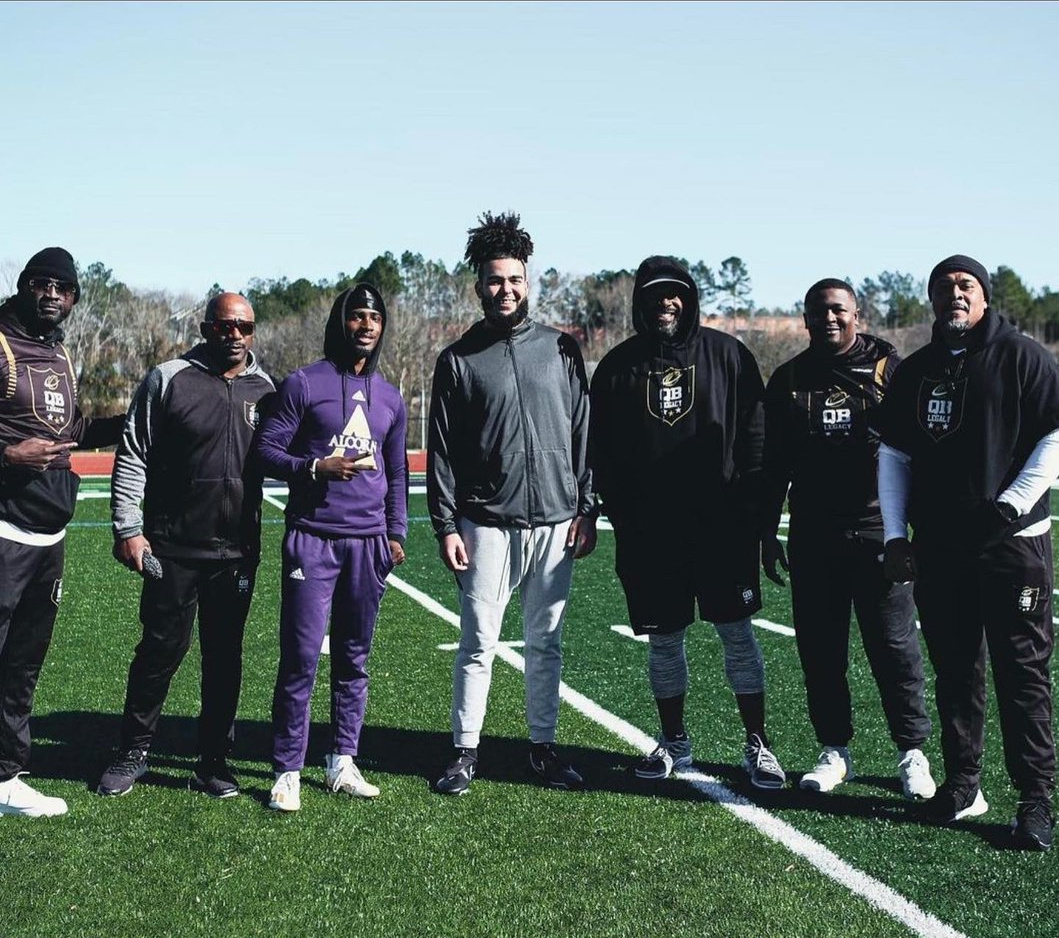 Aqeel Glass of Alabama A&M and Felix Harper of Alcorn State recently trained with NFL star Donovan McNabb and Andrico Hines of QuarterBackCulture. Both Glass and Harper and preparing for the upcoming NFL draft in April.

QuarterBackCulture was founded by Andrico Hines, according to the company’s website.

“Andrico was the Quarterback of Middle Tennessee State from 2000-2003 and played seven seasons of Arena football, He spent three of seasons in the Arena Football League (AFL) with the Cleveland Gladiators and the Pittsburgh Power.”

Donovan McNabb is a former NFL great who played quarterback with the same playstyle as Glass and Harper. McNabb was a six-time Pro Bowler in the NFL during his 13 seasons in the league. He spent the majority of his career with the Philadelphia Eagles before retiring in 2011. McNabb’s 3,469 career yards rushing ranks eighth in NFL history for a quarterback. He became the Eagles’ all-time leader in several categories including pass attempts, completions, passing yards, and passing touchdowns.

Felix Harper and Aqeel Glass will benefit from any knowledge that McNabb can provide as they prepare for the NFL draft. Both Harper and Glass were decorated signal-callers during their careers in the SWAC.

Harper wrapped up his career with the Alcorn State Braves as a two-time All-American and a two-time SWAC Champion. The quarterback put up 5,641 passing yards and 67 total touchdowns on a 61 percent completion rate over his three seasons of action. His 55 passing touchdowns landed him top 10 on ASU’s all-time pass touchdown list. Harper was named the SWAC Offensive Player of the Year in 2019.

Glass threw for 12,136 yards and 109 touchdowns during his career with Bulldogs. He is tied for 11th all-time in touchdowns. His career passing yardage ranks 14th in the FCS. Glass was also won the Spring 2021 Deacon Jones Trophy. This Black College Football Player of the Year Award is named after the legendary HBCU player and inaugural Black College Football Hall of Fame inductee.