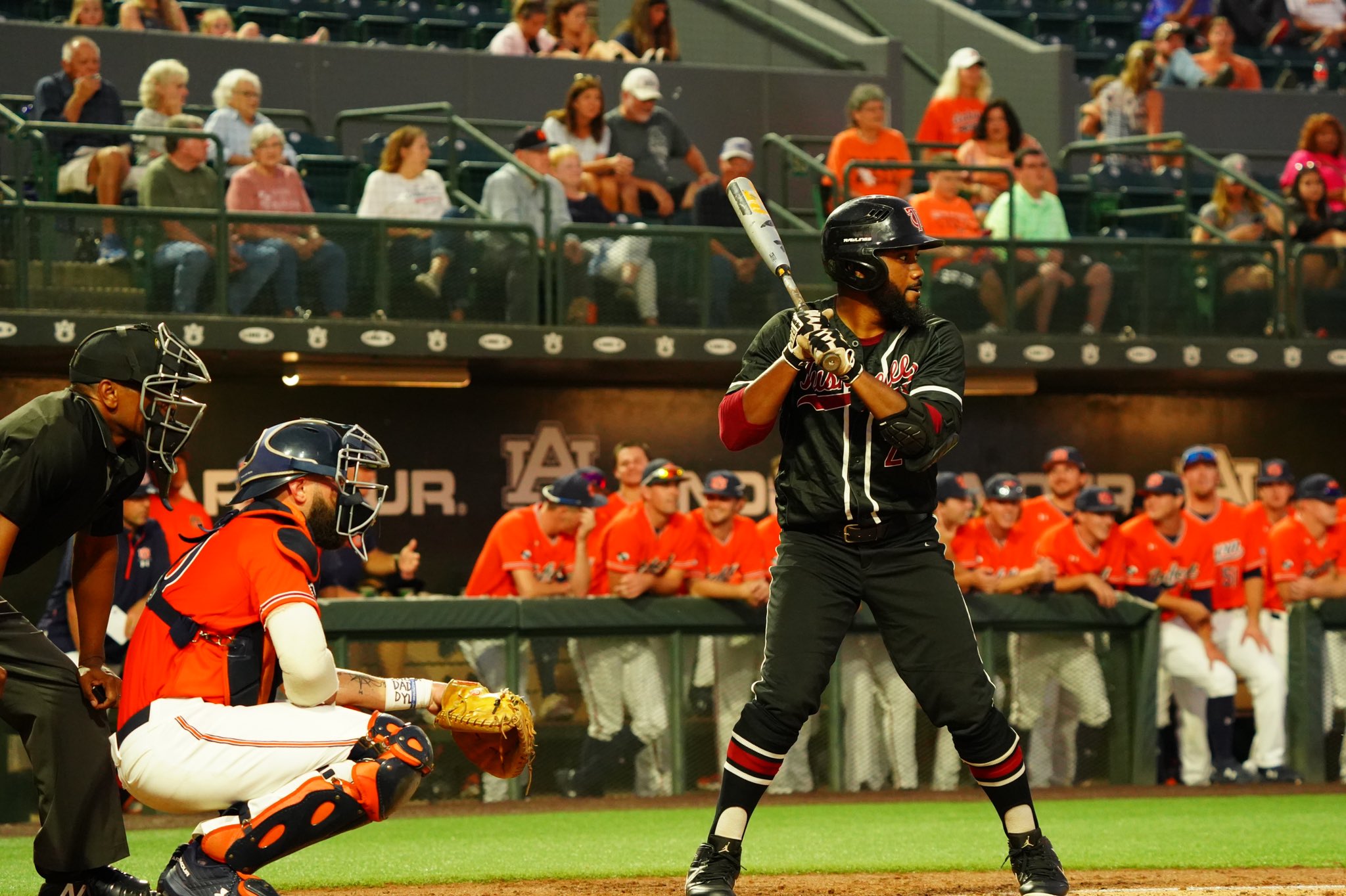 The Tuskegee baseball program has a lot to look forward to this season including playing their first real home game in a decade.

The Tuskegee baseball program has a lot to look forward to this season including playing its first real home game in a decade.

RECRUITMENT WAS A SUCCESS

“I think we nailed recruiting for our needs,” Tuskegee head coach Reginald Hollins told HBCU Gameday. “We brought in young position players that had a lot of travel ball experience at a high level.”

Coach Hollins believes that his incoming freshman and transfers will hit the ground running and earn playing time right away.

The Golden Tigers added a freshman utility player Jaylan Jones out of Mississippi who is expected to play first, third, and mid-field. They also added a hometown talent in Alex Glass from the Birmingham area.

“It was very important for me to keep some guys in the state because that helps the morality of the program,” Coach Hollins explained.

Glass is expected to play shortstop and second base this spring. The team also added a catcher Jerald Bush out of Indianapolis who projects to be a great fit for the program. He has a strong and physical build that will allow him to play several innings and has a proven arm at bat.

As far as transfers go, the Golden Tigers as JUCO product Alec Gonzalez who is expected to play at third base.

“That is going to be pretty exciting because he brings experience,” Coach Hollins explained. “He has a big bat as well.”

VETERANS AT THE MOUND

The Golden Tigers will have a veteran heavy pitching rotation this season but some new arms were added to the staff. Mason Price is an incoming left handed pitcher expected to get relief innings early on.

“Sometimes you can find good players but they do not want to be where they are,” Coach Hollins expressed. “These guys want to be at Tuskegee. So that is a big factor for this class that is coming in.”

Senior pitcher Savontae Williams is primed to have another big year with Tuskegee. Williams has been a staple for the program since his freshman year in 2019. It was that season when he threw Tuskegee’s first no-hitter since 2012 in a game against LeMoyne Owen College. Savontae will be an integral piece in a three-headed pitching monster that includes seniors Jalan Daniels and Hunter Hudson

“I think Savontae goes under the radar a little bit,” Coach Hollins said. “But Savontae is really crafty. I think the craftiness of Savontae, Jalan Daniel, and Hunter Hudson will give us a chance to win every game that we compete in.

STANDOUTS IN THE FIELD

There are several outfielders to watch within the Tuskegee baseball program this upcoming season as well. This is a lineup filled with veteran talent including senior Cory Stallings who is a right fielder. Senior Joshua Lewis will return to centerfield where he has been known to make plays.

The infielder will bring familiar faces as well. Junior Richard Smith is a returner at shortstop along with Russell Coleman who will play first baseman. Caleb Cobb will return to the middle as a junior this season. Cobb has been a .300-plus hitter for the Golden Tigers. Designated hitter Jameson Eichelberger will be returning as a junior.

“The only real position we lost a starter in was catcher,” Coach Hollins explained. “Ronald McGhee is going to be very tough to replace but we have Mark Hatch and Raymond Henderson who have experience and is going to fill in the void right away.”

The Golden Tigers finished last season 7-11 on a shortened Covid-19 impacted schedule. The team struggled to score runs offensively. It finished seventh in the SIAC in runs scored with only 88.

“We lost some close games and lost some games late,” Hollins explained. “The timely hits were not clicking early. You need those timely hits in baseball.”

Hollins believes that this team was able to improve on that this offseason. His recruits bring a lot of speed to the offensive that will put pressure on opposing teams. He believes that the strength of the team this season will be the hitting. Senior Joshua Lewis led the team with 17 hits last season. Caleb Cobb was second with 14. The team finished 5th in the SIAC in overall hits with 78.

The Tuskegee baseball program has not played a traditional home game in almost a decade. It will now be back at home Washington Field to what it hopes is a full crowd.

“Our field was condemned for eleven years and were playing our home games in Patterson,” Hollins explained. “In 2020, right when the pandemic hit, we finished renovations to return baseball.”

In 2021 they were able to play games at home but only in front of students to limit the spread of the virus.

“This will be big this year to the full capacity of our crowd and have a real home field advantage.” Coach Hollins exclaimed.

The Golden Tigers begin their 2022 spring season on February 2 against Rust College at home.