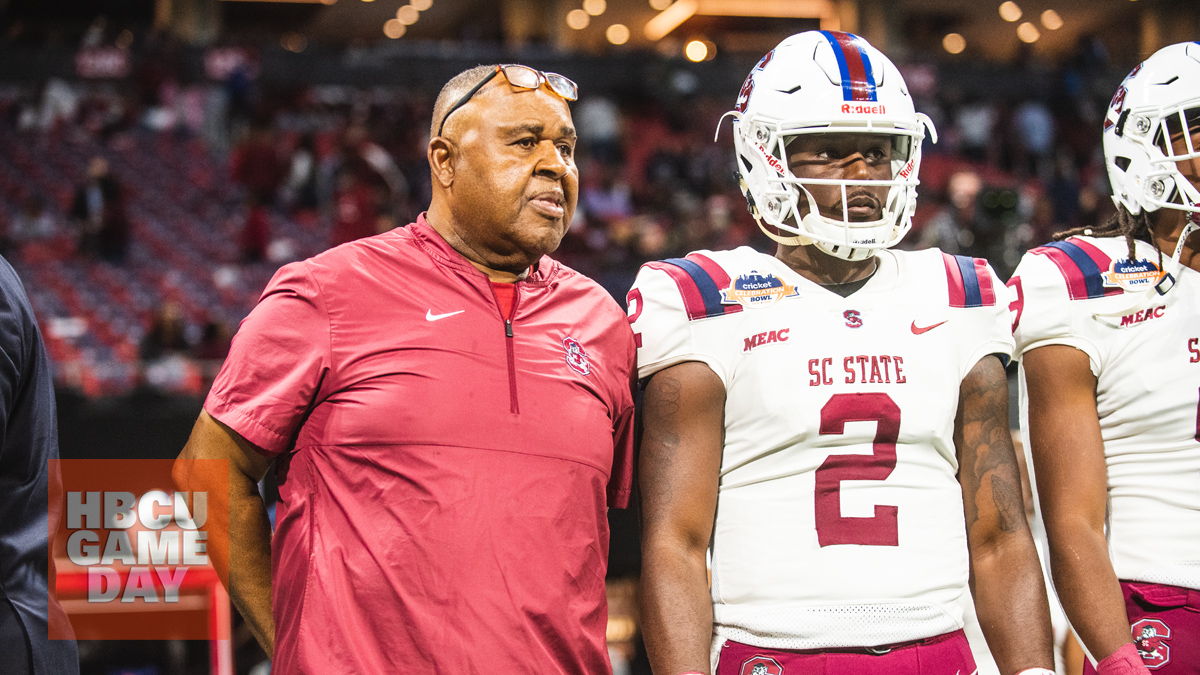 South Carolina State and Buddy Pough took a backseat to Jackson State and Deion Sanders all weekend but when the dust settled, the spotlight was theirs.

But in the end, it was South Carolina State and Buddy Pough who showed that HBCU football was full of “dogs” as JSU head coach Deion Sanders has been saying since he got here.

South Carolina State shook off a shaky start to come away with a resounding 31-10 win over Jackson State. Jackson State came into the game 11-1, with only a slim loss to an FBS program as a blemish on its record. It was clearly the favorite, from Las Vegas to the streets and malls of Atlanta. And it was made clear as soon as they arrived in town.

“Well at first, they said we weren’t going to score 21 points (on them) offensively, so we had to come out and prove them wrong,” Durant said. “Another thing I’d say is that we had a little free time to go around Atlanta. I was in the mall with my teammates and the people were saying, “so ya’ll the team that’s playing against Jackson State.” Like they had never heard of South Carolina State. So that was big to us because we already knew we were the underdog.”

That sentiment only grew around the time the two teams converged on Atlanta. The Jackson State program was not only the hottest story in HBCU football — it was arguably the biggest story in the country after Deion Sanders flipped top prospect Travis Hunter Jr. on Wednesday.

Buddy Pough has never flipped a five-star. But he’s made a few. Darius Leonard. Javon Hargrave. Diamonds in the ruff that he and his staff unearthed and then unleashed in the college football world.

Friday, Pough was asked what he thought about the prospects of getting higher-rated prospects to HBCUs. He admitted that he didn’t even know if some of his best players could play for him at South Carolina State, so he doesn’t put too much stock Into what players are when they arrive on campus.

“I would hope that we would start to get better players. But even the guys who end up being those kind of players — they aren’t those kind of players coming out of high school. It’s the guy who gets snubbed outta high school. Who finds out he doesn’t have anything. He gets himself into a situation where he’s somehow or another gets on a team. And he’s always a little bit, snubbed. A little bit…behind. A little bit this that and the other, and he keeps working at it. And he gets better and he passes the other guy by.”

And that’s exactly what happened on Saturday in Atlanta.

Jackson State and Deion Sanders brought added attention to the Celebration Bowl, while South Carolina State and Buddy Pough trusted the process leaned on experience and cohesiveness and showed they were ready for Prime Time.

178
The Latest in HBCU Sports and Culture