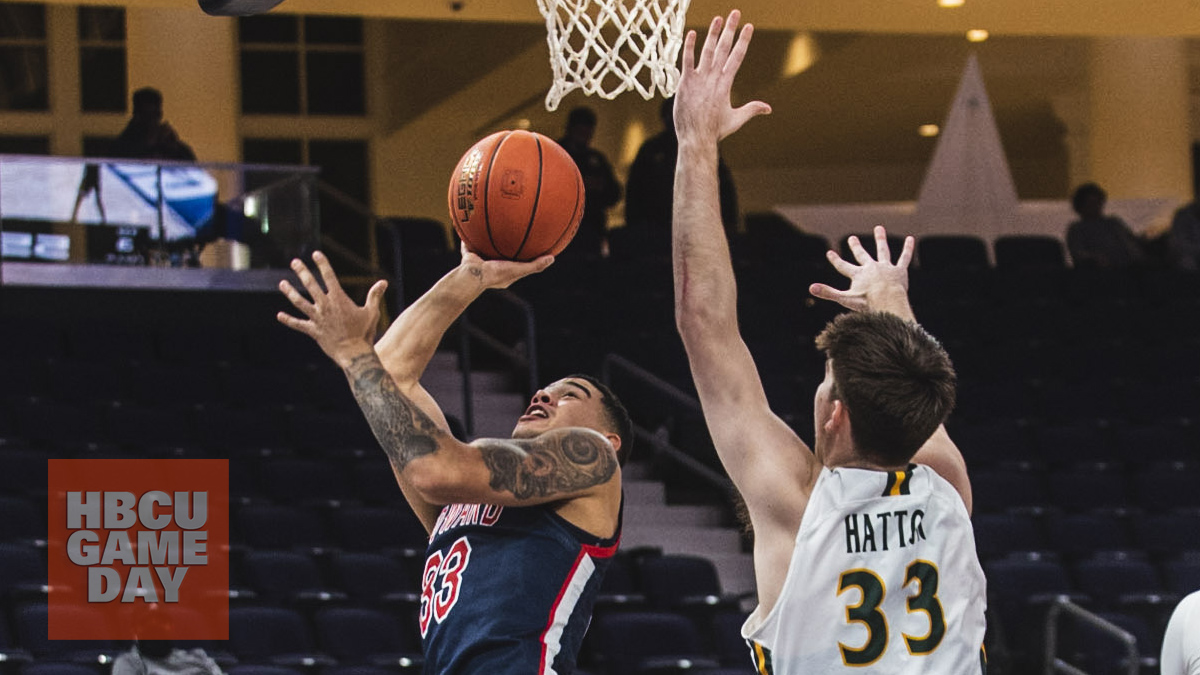 Howard got the better of long-time MEAC rival North Carolina A&T on Saturday in the inaugural Legacy Classic presented by Michael B. Jordan.

North Carolina A&T and Howard University basketball met as non-conference opponents for the first time ever for the Legacy Classic on Saturday.

Howard got the better of its former MEAC rival, beating A&T 79-57 thanks to a big second half performance. After leading just 31-30 at halftime, Howard outscored A&T 48-27 in the game’s final 20 minutes.

Kyle Foster led the way with 18 points on 7-for-13 shooting from the field, along with a team-high nine rebounds.

“We always emphasize ball movement and playing for each other,” said Foster during the postgame press conference. “We were stagnate in the first half, but we talked about adjustments during halftime and it showed in the score.”

Collin Smith led the way for A&T with 11 points while Harry Morrice added 10.

The game was part of a double-header featuring HBCUs, put together by actor and Newark native Michael B. Jordan.

“I would like to thank Michael B. Jordan, Serena Williams, Invesco, William Morris Agency and all who supported this great event,” said Howard men’s basketball head coach Kenneth Blakeney. “It’s a fantastic event. I love the title ‘Legacy Classic’ and I hope that the legacy can continue for a very long time and we can be a part of it.”