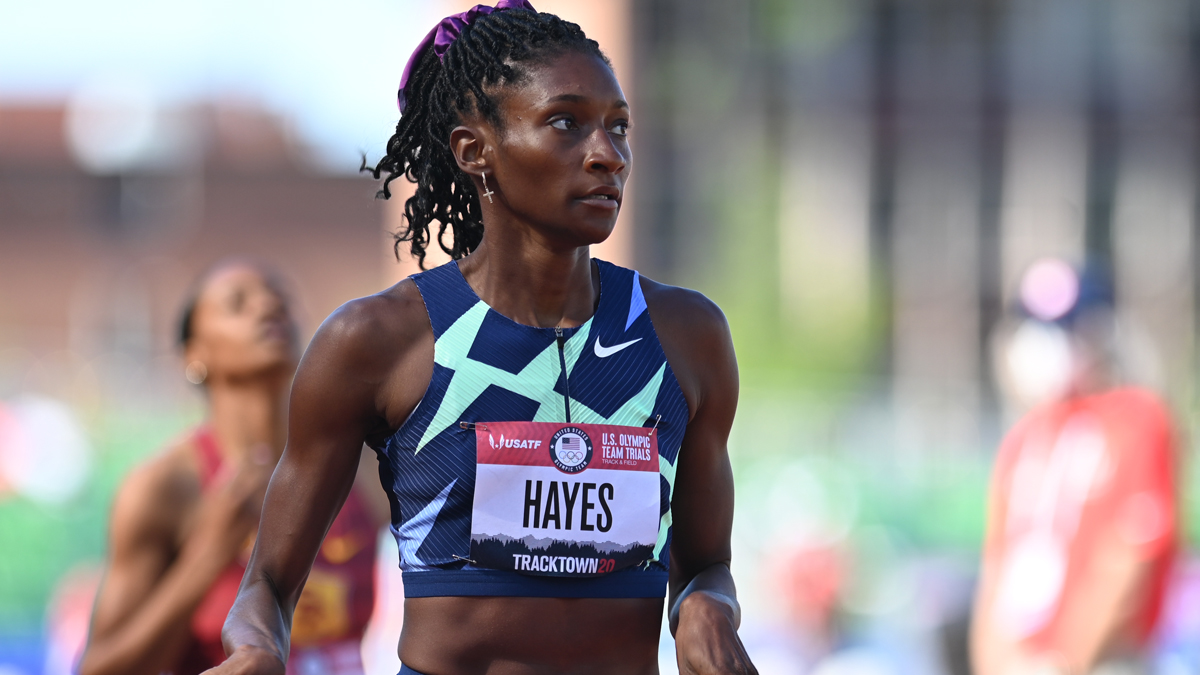 Quanera Hayes found the spotlight by beating Allyson Felix in the 400m. Then the two shared a sweet moment

Quanera Hayes lined up for her 400m final of the US Olympic Trials lined up against women who went to some of the most prestigious track and field schools in the world. UCLA. Florida.

But when the dust settled, the Livingstone College-product crossed the finish line first, booking her spot to Tokyo. Her 49.78 was a season best, and it made her the USA national champion.

It was a triumphant moment for the Hope Mills, NC native.

“This moment is so unreal right now,” Hayes said following her win. “I’m actually in disbelief.”

But the race was only part of the story.

Allyson Felix was the big story of the 400m Olympic Trials. Her story is well-documented, and she finished just behind Hayes at 50.02, securing a spot in her fifth Olympic Games. After giving it their all in the race, the two mothers met on the track to share a moment with their young children. Allyson Felix brought her three-year-old daughter Camryn and Hayes brought her son in a made-for-TV moment.

It was a sweet moment as both women proved to be on top of their game just a few years after giving birth. The 29-year-old Hayes spoke on Saturday night about what it meant having her son to keep her calm during the trials.

‘He’s my everything. It’s something that you can’t explain, because, it’s just like, you know you’ve given somebody life. And he’s my reason,” Hayes said. “So having him here is — like I cannot explain it. I have so much pride and so much joy knowing that I bounced back from giving birth to him and having him see me and not give up and continue to fight for what God has blessed me to do.”

In addition to motherhood, Hayes made it clear she was running for not only her family, but so much more. She became a Division II champion at Livingstone College, a small, private, historically black college located in Salisbury, NC. She said she wasn’t just running for her alma mater, or even just HBCUs.

And now Quanera Hayes will be representing all of that in Tokyo. With her son.