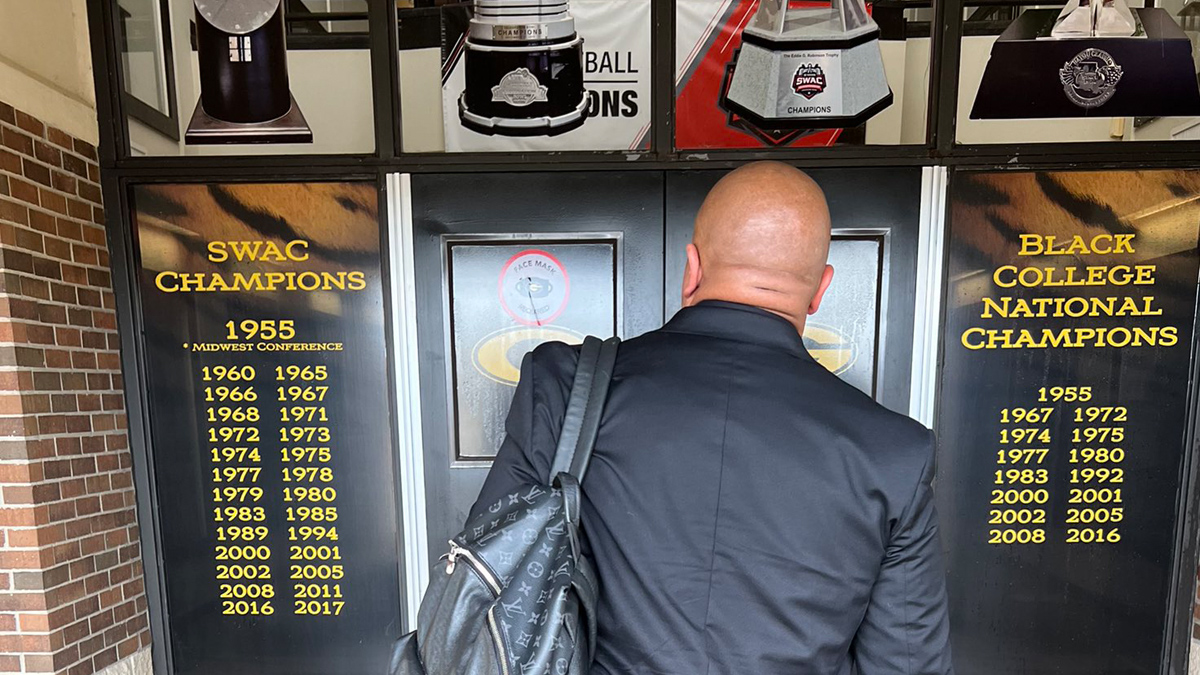 Hue Jackson has only been on the job at Grambling State for a few days, but he’s hit the ground running.

GSU’s new head coach has hit the recruiting trail hard and pulled in a couple of commits prior to national signing day.

Former Oregon signee and Southern Utah transfer Jaron “JR “Waters committed to Grambling State on Sunday night. Waters is a 6’3, 185 pounder from Ventura, CA who originally signed with Oregon as part of its 2019 recruiting class. He was redshirted after a preseason injury as a freshman and moved to defensive back in 2020 where he recorded one tackle in two games. Waters committed to SUU in June, but never saw the field.

Now Waters heads to Grambling looking for a fresh start for a program that is literally taking shape as we speak.

Jackson and GSU also picked up a commitment from offensive lineman Bernard Johnson of Ruston after offering him earlier this weekend.

Grambling has also made its way down into Southern’s backyard.  Herman Brister III of Baton Rouge by way of Southern University Lab School is reporting an offer from Grambling. Brister is listed as an athlete by 247 Sports, and while he doesn’t have any stars by his name, he has offers from Mississippi State, Memphis, and Dartmouth as well as SWAC schools Alcorn State and Southern.

GSU has also made an offer to another Baton Rouge prospect — running back Chance Williams of Scottlandville Magnet High School. Williams is listed as a three-star prospect by 247 Sports. Rated the 116th best running back in the country and the 58th best prospect in the state, he has offers from Memphis and South Alabama as well as Alcorn State.

Jackson has never been a head coach at the collegiate level, but he was an assistant for more than a decade before getting into the NFL and clearly he has come in ready to get the ball rolling. It will be interesting to see how many players he can bring in on Wednesday for National Signing Day.