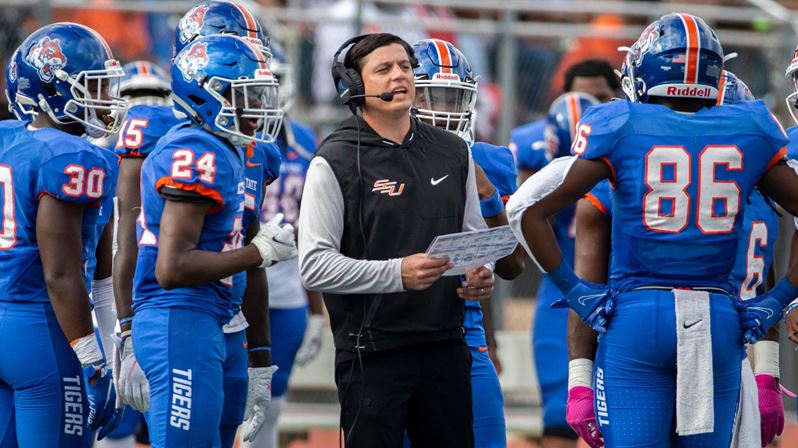 The decision follows the sudden resignation of Shawn Quinn on Wednesday, December 1.

“Coach DeMasi has played a key role in turning the page for Savannah State football over the last few years,” Director of Athletics Opio Mashariki said. “At this crucial juncture, we put our full trust in his ability to lead the program through this transition.”

DeMasi, who was elevated to assistant coach before the 2021 season, will run the Savannah State football program while the University searches for a new head coach. He will also continue to be the recruiting coordinator for Savannah State.

DeMasi was hired at Savannah State in 2015 as the quarterbacks coach. He was promoted to co-offensive coordinator in 2019 under Quinn. The Savannah native was a member of the Georgia Southern football team from 2008-2012 where he earned a scholarship position in his senior year.