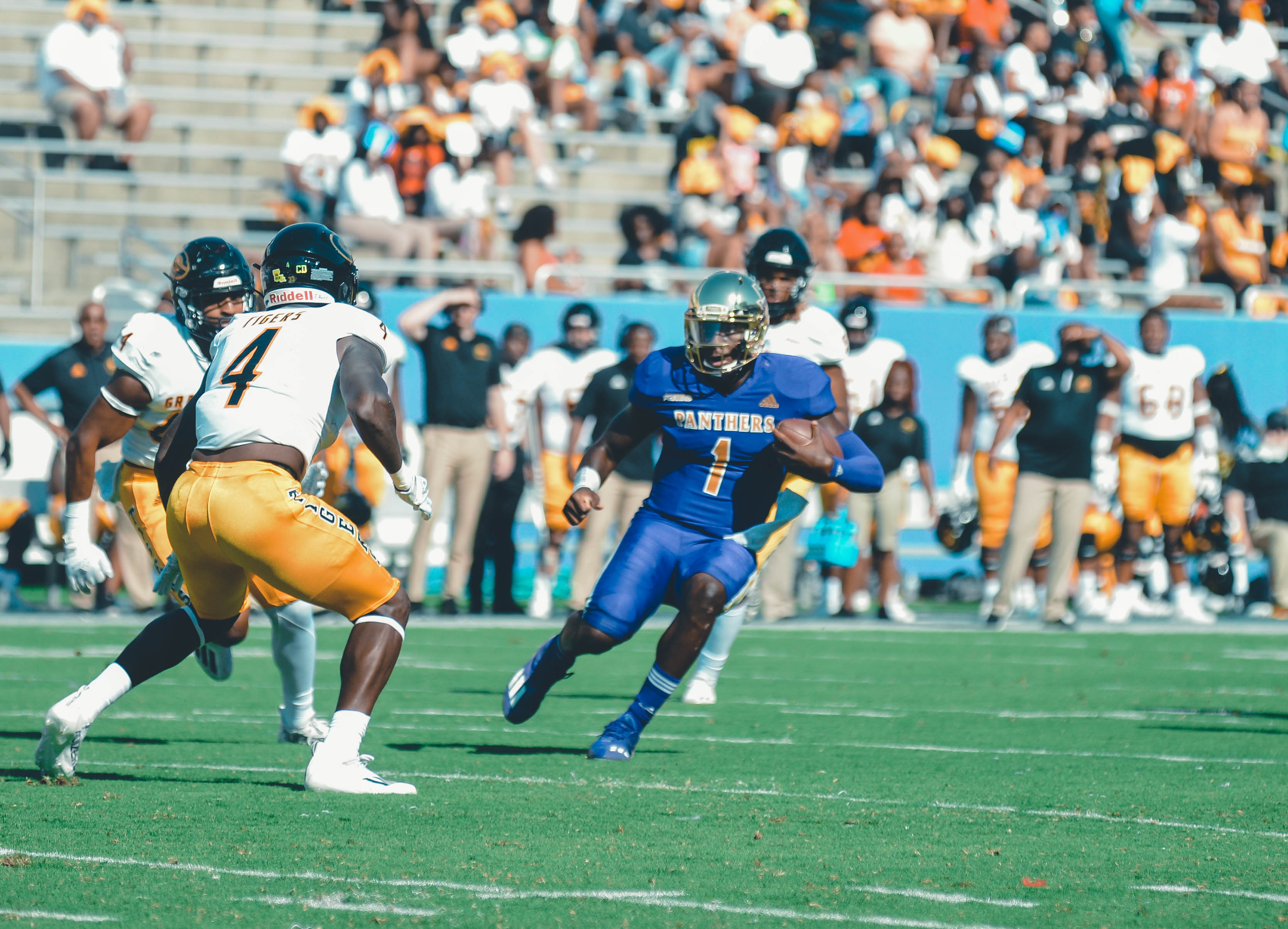 Prairie View will be looking to do something in the SWAC Championship Game that no other team in the conference has done all year — beat Jackson State.

It’s a tall task, but Prairie View A&M head coach Eric Dooley feels that his team is up to the task. He’s known it all season.

“I knew what I was bringing back with bringing a veteran ballclub back, and I felt real good about what we are, how we will line up,” Dooley said during the SWAC Championship Game media session.  “We just had to play the season and are fortunate enough. The guys played this season and it worked out good for us, so I knew it all along and I just had to just go through the season, and fortunately we are here now.”

Dooley’s PVAMU team was picked to finish third in the SWAC West back in July. But he knew better then, and he knows better now — even with his team on a three-game losing skid heading into the championship game.

PVAMU rolled into November unbeaten in SWAC play. Then came a loss at Alcorn State. Not ideal, but still a championship-level team. Then another at Texas A&M — that one was expected, because money game. But the Mississippi Valley loss in the season finale was costly in more ways than one.

PVAMU wide receiver Tony Mullins will miss the SWAC Championship Game after breaking his fibula against Valley. Mullins is the leading receiver for quarterback Jawon Pass.

“Well, you know, that was a bump in the road right there, but I know that my football team will be ready to go,” Dooley said on Monday. “If you got to get someone ready to play in a SWAC Championship game — I don’t think you have the right football team that’s playing. So it’s not going to be much that we have to do. Our team will come and be ready to go to work today. No question about it.  And we understand that.”

More than 50k fans are expected to be in attendance — most of them cheering on the Tigers. Dooley is actually excited for the atmosphere.

“We are going to represent the Western Division, but it’s going to be a challenging contest for us. We do understand that. I’ve been saying all along and you guys been here all the while, that the SWAC has been very competitive. It’s something that I definitely love to see. I’ve been a part of this conference for a long time, and to see where we are right now… you know, it would give guys like Eddie Robinson to smile and look down on. Guys like Marino Caseem can smile guys now like mark them to smile. You know W.C Gorden — guys that’s been around. And I would be remiss if I didn’t name Pete Richardson. You know, this is what this conference is built on. So it’s going to mean a lot and be great.