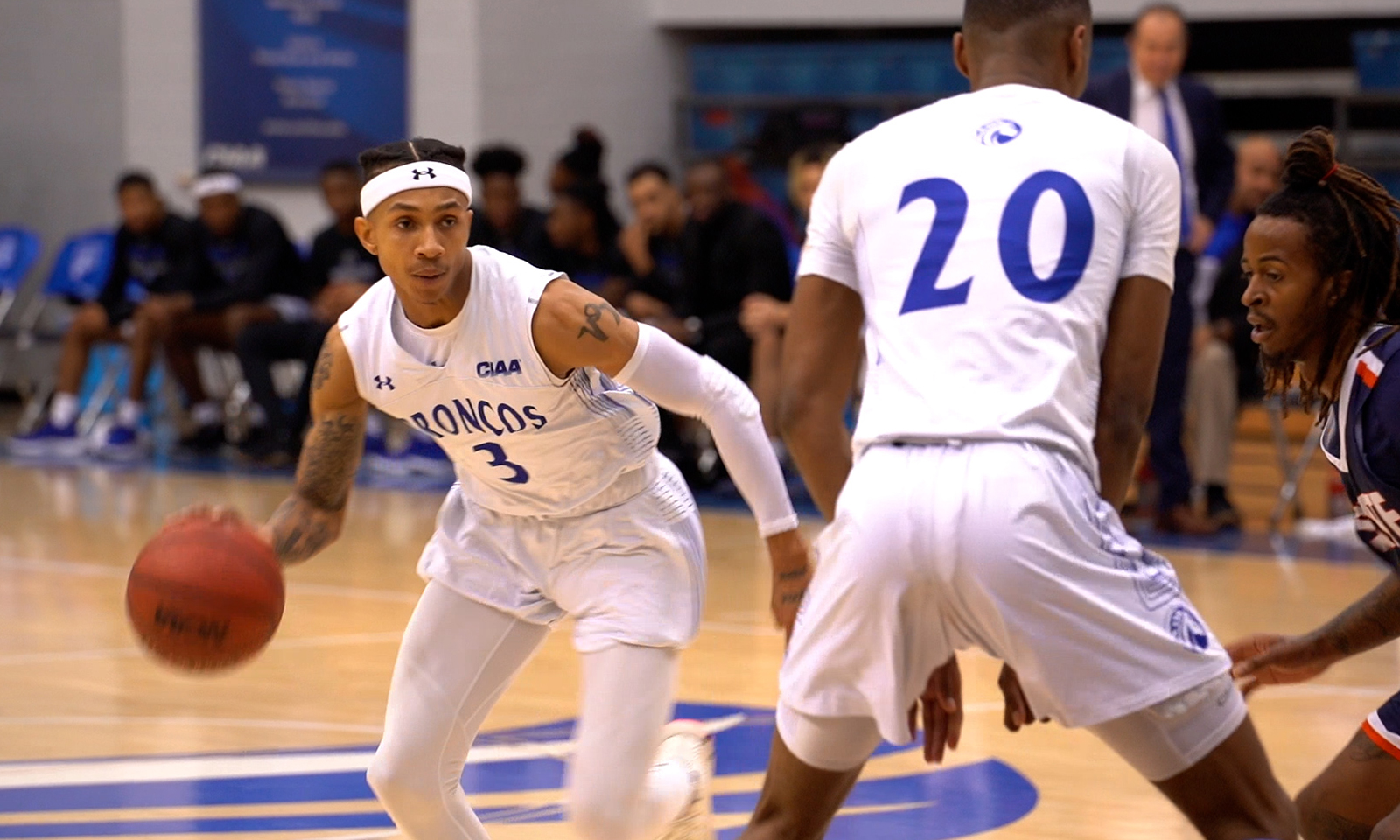 Fayetteville State gets by Virginia State in top CIAA battle

Fayetteville State, the favorite in CIAA basketball, held its own and picked up a win against a tough Virginia State team on Wednesday night.

FSU’s 6-3 junior guard Cress Worthy, who had a game-high 28 points, canned two free throws after getting a key steal with three seconds left with VSU down 67-66 and attacking. The free throws finished off a 21-point second half performance for Worthy. For the game, Worthy shot 10 of 17 from the field, 4 of 6 from behind the arc.

“He needs to be a scorer,“ said FSU head coach Luke D’Alessio of Worthy. “Early in the season I had him playing point guard because our point guard (Jalen Spicer) went down with an ACL injury. So I think I confused him a little bit. He’s a natural scorer. So I need him to score points and I think he did really well tonight.”

Center Darian Dixon gave FSU a presence in the paint and finished with 17 points. Jalen Seegars was the third double-figure scorer for the Broncos (4-4) with 13 points.

A sloppy first half saw the teams combine for 19 turnovers and just six assists. It ended with VSU up 29-25. In a hotly-contested and well-played second half, the teams showed why they are considered to be at the top of the CIAA food chain.

FSU tied the game at 35 on a Worthy layup and took its first second-half lead at 38-35 on a 3-pointer by Darryl Myers a half-minute later. Worthy followed with another 3-pointer, part of a 14-4 run that he ended with another 3 that gave the Broncos their biggest lead at 49-39 at the 11:31 mark.

VSU made its final run over the last two minutes, getting to within 67-66 on a Miles layup off a feed from Jonathan Norfleet with 31 ticks left on the clock. Seegars was fouled after grabbing a VSU miss with 11 seconds left. He missed the free throw and In the ensuing play, Worthy grabbed the steal and was fouled

Virginia State led Fayetteville State 29-25 at the half. Davis had 11 points, on four baskets in the paint, to lead FSU. Fitzgerald had 11 for VSU but did his work on the perimeter, canning three of five from 3-point range.

Fayetteville State gets by Virginia State in top CIAA battle