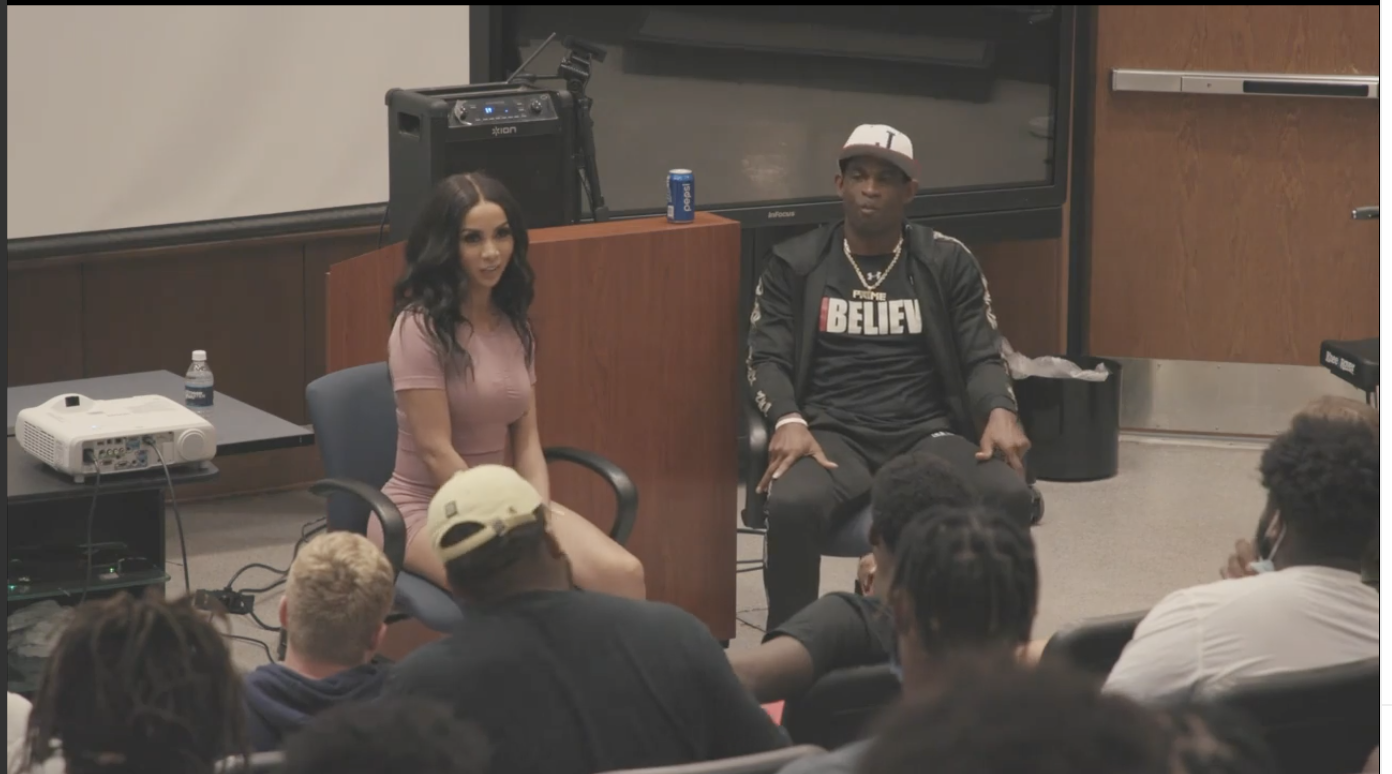 Deion Sanders and Jackson State are hours away from playing in the SWAC Championship Game, but that isn’t the only game the Hall of Famer is attempting to prepare his student-athletes for.

The Jackson State head coach posted a video on his Instagram account on Thursday night that’s getting quite a bit of attention. Infamous Instagram model/ Brittany Renner dropped in to talk to the team about the trappings of fame back in October.

Renner has been attached to some of the biggest names in sports and entertainment — Drake, Lil Uzi Vert, James Harden, Jamal Murray and Ben Simmons. She also has a child with NBA player PJ Washington.

“It’s my responsibility as a Coach to prepare my young men for any and everything on the field and off,” Sanders wrote in his post. “I brought in @bundleofbrittany to educate them on how the game is played between man & woman at their age & stage. The message may not be for everybody but trust me it’s for somebody.”

Renner is a Jackson State alumna — she helped the soccer team win the 2010 SWAC title — and she kept it all the way real with the JSU players. When asked how “the game” gets started by Sanders, Renner broke down the way her direct messages were filled with people with status.

“It’s like a Nike store — there’s nothing but blue checks. When you reach a certain status, you can have the pick of the litter. I’m talking heavy hitters.”

Renner told the players that as their status grows, so will their visibility and the amount of people who want to be attached to them.

“You just have to have to be aware — nobody is here for nothing,” Renner told the crowd. “It’s just about who could be there during the times of adversity. And you could only know that through adversity. Like if you had an injury and you weren’t able to play for just a short amount of time. Those are things you are going to have to see just for yourself.”

Once again, Deion Sanders shows that we’ve never seen a coach quite like him.