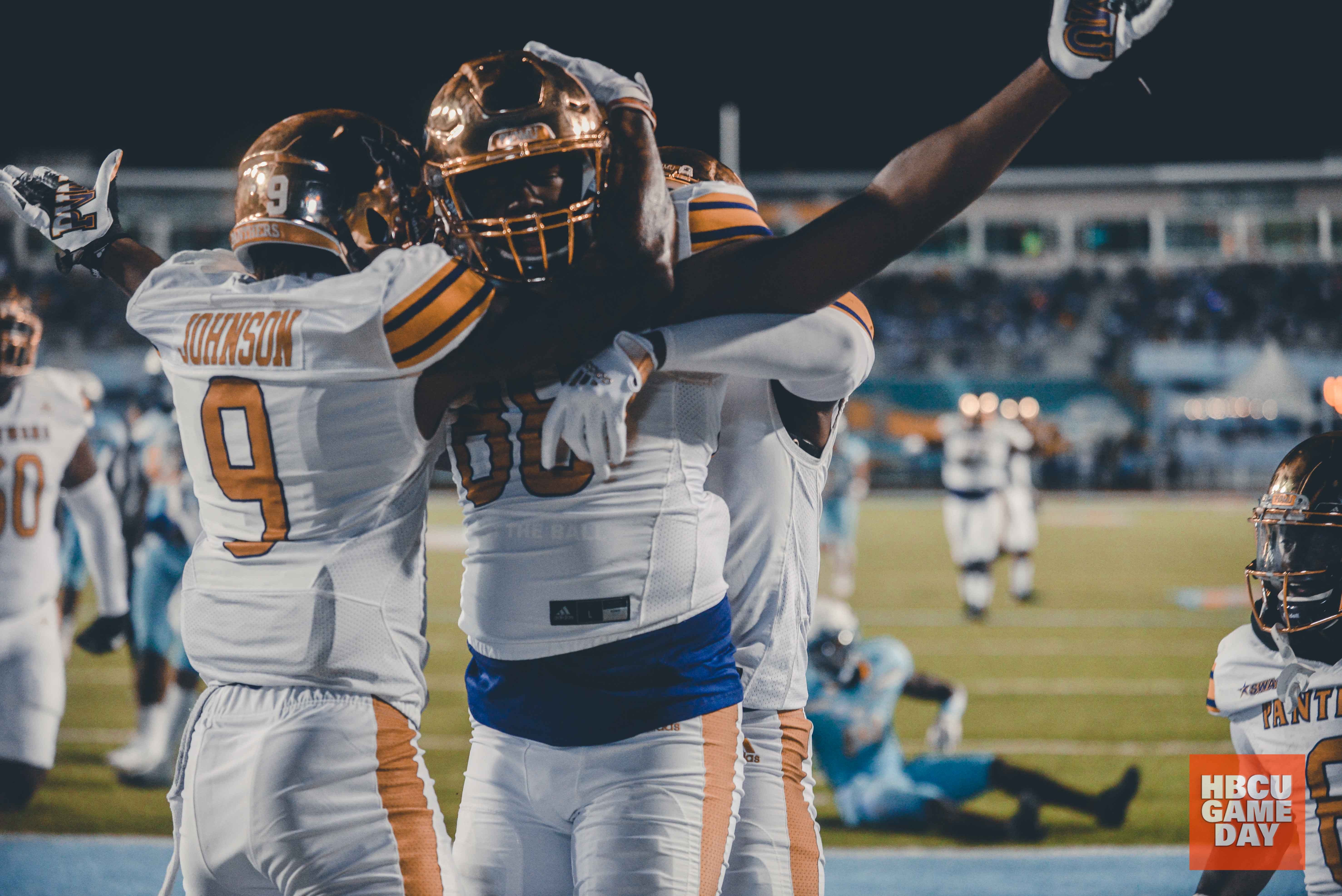 The SWAC championship game will feature Jackson State University and Prairie View A&M this Saturday on ESPN+. Here are the matchups to watch.

The SWAC championship game will feature Jackson State University and Prairie View A&M this Saturday on ESPN+. Here are the matchups to watch.

Jackson State’s freshman signal-caller Shedeur Sanders has put together an incredible season for the Tigers. Sanders has thrown for an average of 270 yards a game with a completion rate of 67.8. He has also accumulated 28 touchdowns to only five interceptions in 11 games. The Prairie View A&M Panthers will have to conjure up a lot of pressure to knock him off his game. Sanders has been sacked 30 times this season meaning the offensive line has not been the most stable. The Panthers should consider blitzing more and sending extra rushers to prevent Sanders from making big plays.

Senior wide receiver Keith Corbin III has been the go-to guy in the Tiger’s offense. The wideout has 63 receptions, 887 yards, and six touchdowns in 11 games. Corbin has twice as many receptions as anyone else on offense and is averaging 80 yards a game. He will be matched up against the Panther’s senior defensive back Darius Campbell or junior back Jamias Presley. Campbell and Presley have accumulated 24 pass breakups in 11 games. Neither of the defensive backs has mustered up an interception this season. In order to slow down Shedeur Sanders and Keith Corbin III, the Panthers have to create turnovers.

Freshman running back Jaden Stewart has been leading the way for the Prairie View Panthers. Stewart has 654 rushing yards on 132 attempts in 11 games. He is averaging five yards per attempt and almost 60 yards a game. Stewart will be facing a Jackson State Tigers run defense that ranks second in the SWAC. The Tigers front has only been allowing an average of 99 rushing yards a game. Senior linebacker Keonte Hampton is at the center of it all. Hampton has racked up 68 tackles and three sacks in 11 games. The Panthers will need to establish Jaden Stewart and their overall running game in order to succeed. With no running game, the Panthers quarterback Jawon Pass will not be able to get the play-action going.

This may sound like a fluke matchup. However, momentum is everything in sports. Prairie View is coming off of a three-game losing streak. Jackson State is coming off an incredible season undefeated in the conference. The SWAC championship will be held at Mississippi Veterans Memorial Stadium, home of the JSU Tigers. The Tiger fans will be rowdy while Panthers are on offense to disrupt their communication. They will be as loud as ever while the Panthers are on third down to prevent them from converting. In order to hang in this game, the Panthers must keep the Tigers from scoring first. The Panthers need to establish some dominance early to keep the stadium quiet.