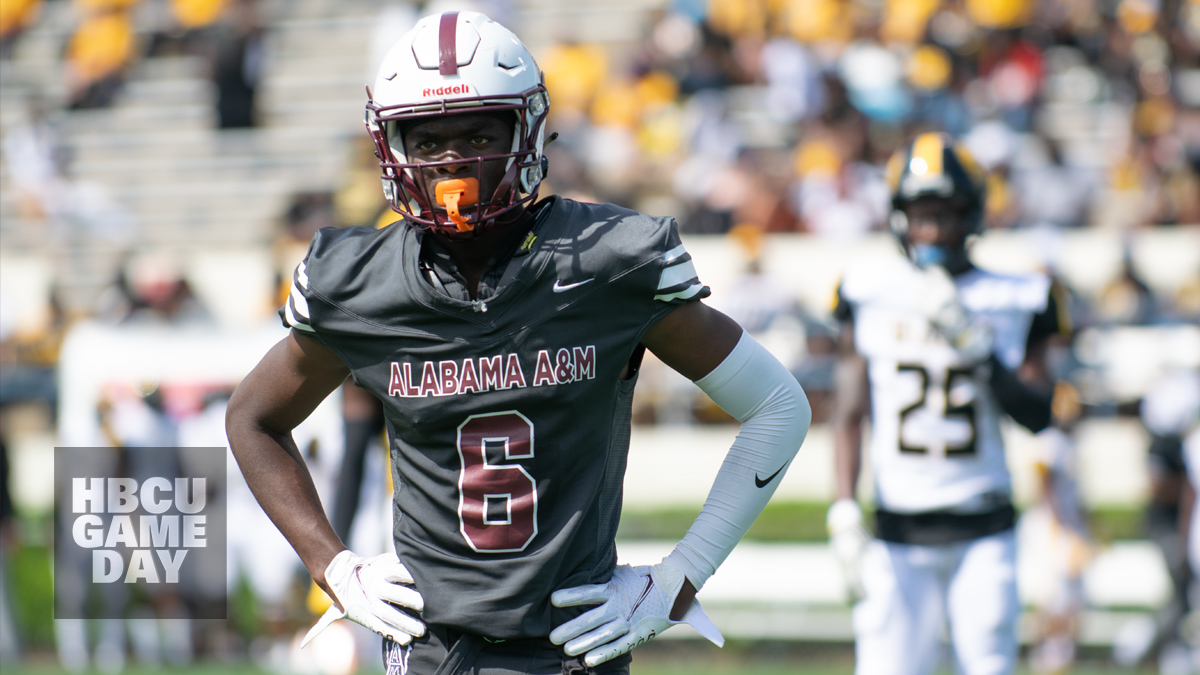 Odieu Hilaire, one of the most productive receivers in FCS and HBCU football, is hitting the transfer portal.

The Alabama A&M wide receiver announced that he will be hitting the portal.

“I’m thankful for the opportunity Alabama A&M University gave me with that being said I’m officially in the transfer portal,” Hilare tweeted on Sunday.

The 6 foot, 160 pound receiver was one of the most consistent pass catchers for All-American Aqeel Glass dating back to his freshman year in 2019. The former Glades Central High School football and track star from Belle Glade, Florida was a solid contributor with 14 catches for 214 yards.

Hilaire blossomed this spring, catching 17 passes for 233 yards and four touchdowns in four games as Alabama A&M won the SWAC title in the abbreviated season. He caught six passes for 100 yards against JSU in the spring.

Hilaire elevated his game this fall as he led the SWAC in receptions per game (7.1 rpg) and receptions (71) while finishing second in yards (918) behind teammate Ibrahim Abdul-Fatai and fourth (9) in receiving touchdowns despite playing in a loaded receiving corps.

Odieu Hilaire will be sorely missed in an Alabama A&M offense that will have to replace Glass and likely several other parts in 2022.