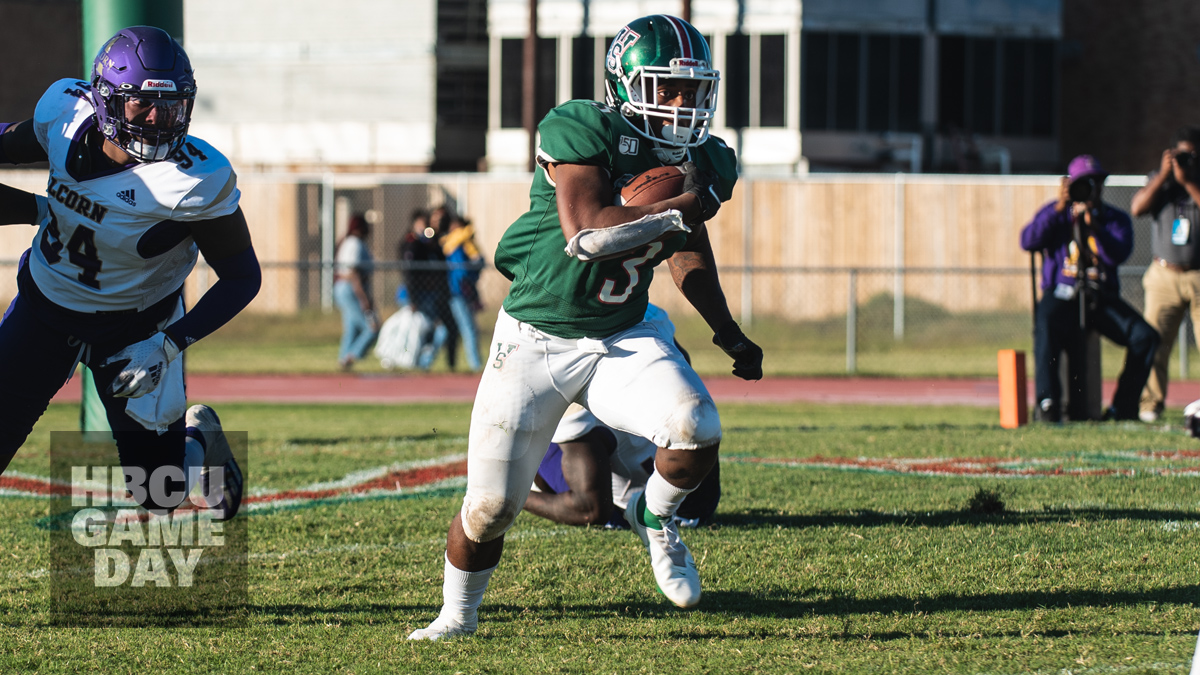 Prairie View A&M didn’t have anything to play for on Saturday, but Mississippi Valley State sure did.

MVSU jumped out to a first quarter lead and held tight on the road for a 24-19 win over the SWAC West champion. The win was the fourth of the season for Mississippi Valley State, the most wins for the program in a season since 2012.

Delta Devil running back Caleb Johnson carried the load offensively with 193 yards rushing and two scores in the win. Their defense held the Panthers to just 79 yards rushing.

Valley scored through the air first, as Jalani Eason connected with Jacory Rankin for a 60-yard touchdown pass with 12:19 remaining in the first quarter. Johnson would get into the act later in the quarter, scoring on a six-yard run to give his team a 14-0 lead after an Orlando Fernandez extra point.

PVAMU would get a short touchdown run from Jaden Stewart — the first of three on the day for him. But Johnson answered with a four yard score just before halftime to help his team take a 21-7 lead at halftime.

The Panthers would cut the lead to eight in the third quarter, but a 41-yard field goal with 6:05 remaining gave the Delta Devils a 24-13 lead and even another Stewart touchdown run wasn’t enough for a comeback for the Panthers.

The season is over for Valley. Prairie View A&M (7-4), meanwhile, heads into the SWAC Championship Game against Jackson State on a three-game losing streak.