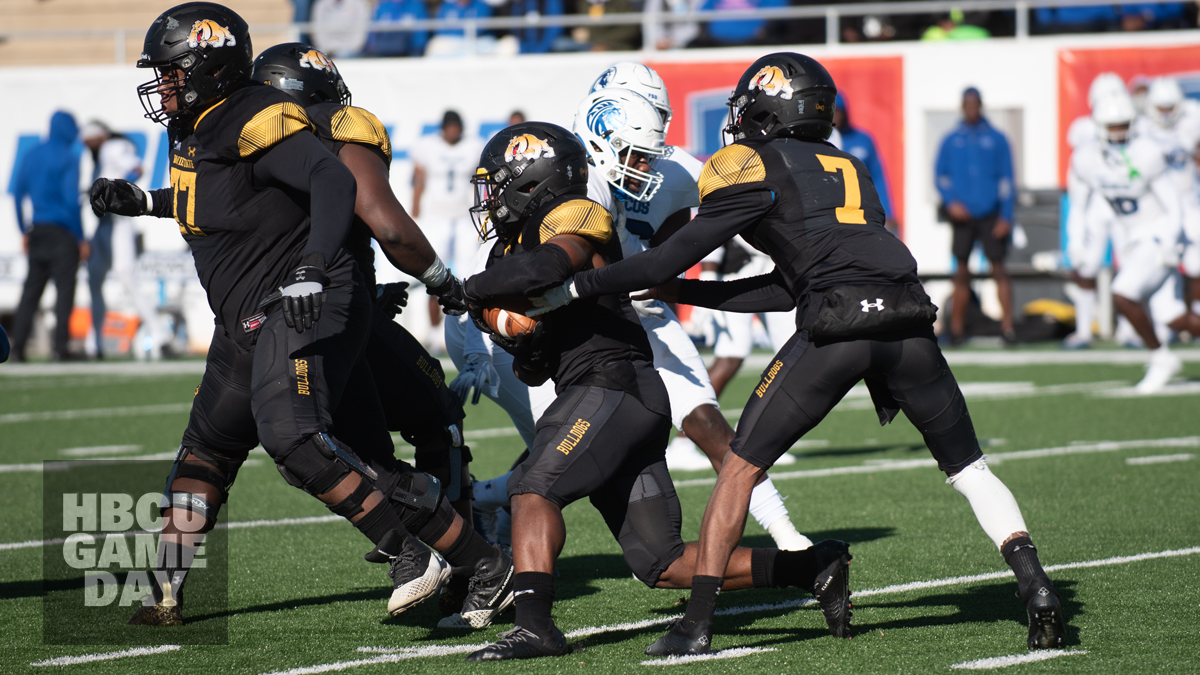 Bowie State used some big plays in the run game and took advantage of turnovers to advance in the D2 playoffs.

Bowie State University has been one of the dominant defenses in Division II football all season — and it proved it again on Saturday.

BSU held a high-powered Lenoir-Rhyne offense in check all day to come away with a 31-10 win in the first round of the NCAA Division II football playoffs. Bowie advances to the second round, where it will host the winner of Newberry-West Florida next weekend.

Bowie State (11-1) rushed for 247 yards in the contest, far above the 97 rushing yards average that Lenoir-Rhyne had been giving up prior to today’s game. Ja’Rome Johnson and Calil Wilkins partnered for those rushing yards and three touchdowns.

BSU’s defense played its part by  creating havoc on L-R’ss high powered running offense. While L-R outgained BSU 446 to 323 in total yards, it could not overcome four turnovers, including a critical fumble with goal to go on a drive. One of the turnovers was a pick six by Tevin Singleton, and was just another example of the nation’s leading defensive scoring team getting into the endzone.

Johnson struggled in the passing game, completing just eight of his 21 attempts for a completion percentage of 38 and just 76 yards with no touchdowns. But he wass huge on the ground, running for 147 yards and two scores. His longest of the day was for 65 yards to open the scoring and he also had a 48-yaard run late in the third quarter. Wilkins followed up his MVP performance in the CIAA Championship Game with 101 yards on 23 carries, including a 15-yard score with 5:33 remaining in the content.

It was the second-ever win in the Division II playoffs for BSU. The first came in back in 2018.