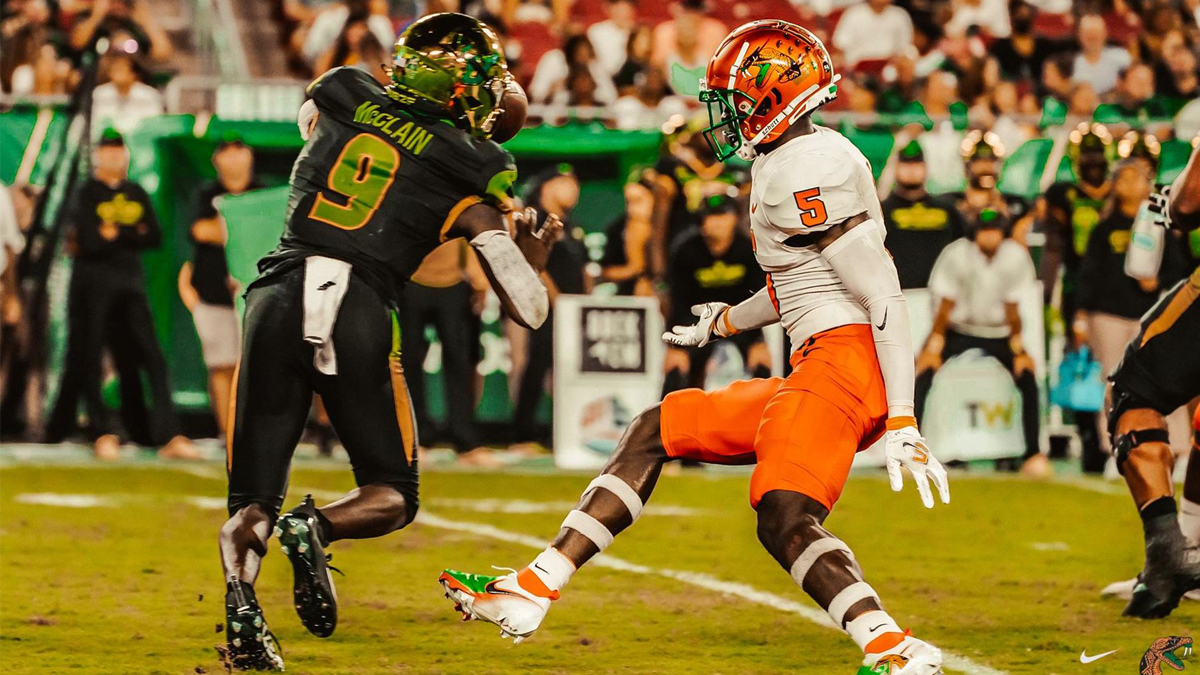 Florida A&M is 8-2, nationally ranked and hoping for an FCS playoff bid. But first it has to get past the Florida Classic.

Florida A&M heads into the Florida Classic against rival Bethune-Cookman knowing that there is a lot at stake. Besides ending a nine-game losing streak to its primary rival, it still has postseason aspirations.

FAMU comes in ranked 25th in the FCS Coaches poll with an 8-2 record. With Jackson State having wrapped up the SWAC East title, FAMU is looking to secure a bid to the FCS Playoffs.

That’s something that hasn’t happened for a SWAC team since 1998, the year before it decided to give up its automatic bid to start the SWAC Championship Game. A total of 24 teams are invited to the FCS Playoffs, 11 via automatic bid and 13 others as at-large bids. Two of the teams ahead of FAMU — Princeton and Dartmouth — are in the Ivy League. The Ivy League does not participate in the playoffs.

A win over Bethune-Cookman would make it hard for the playoff committee to overlook FAMU, whose only losses were to nationally ranked Jackson State and FBS team South Florida. B-CU comes into the game 2-8 overall.

This season has been a tough one for B-CU, but it has gained some momentum late in the season. Head coach Terry Sims isn’t surprised.

“I think we have always been this team honestly,” he said during the SWAC media call. “These guys have been working every week again we’ve just had some miscues at different times of the different games and not been able to finish and put things together totally. But this team has been here the whole time and I don’t think —  you know we’re not into more victories but I don’t think anyone that’s played us will say that it was a pushover game.”

If anyone knows that, it’s Florida A&M.

“You want to be playing good football this time of year as we know the biggest game of the year is coming up this weekend in the Florida Classic,” FAMU head coach Willie Simmons said. “So a lot is at stake. This game is huge for many reasons and our football team has to prepare to get ready to play a very inspired football team that’s on a two-game winning streak and could very easily be coming into the game with seven or eight wins as well so we know they’re dangerous. We know this game is a game that we have to be ready to play.”