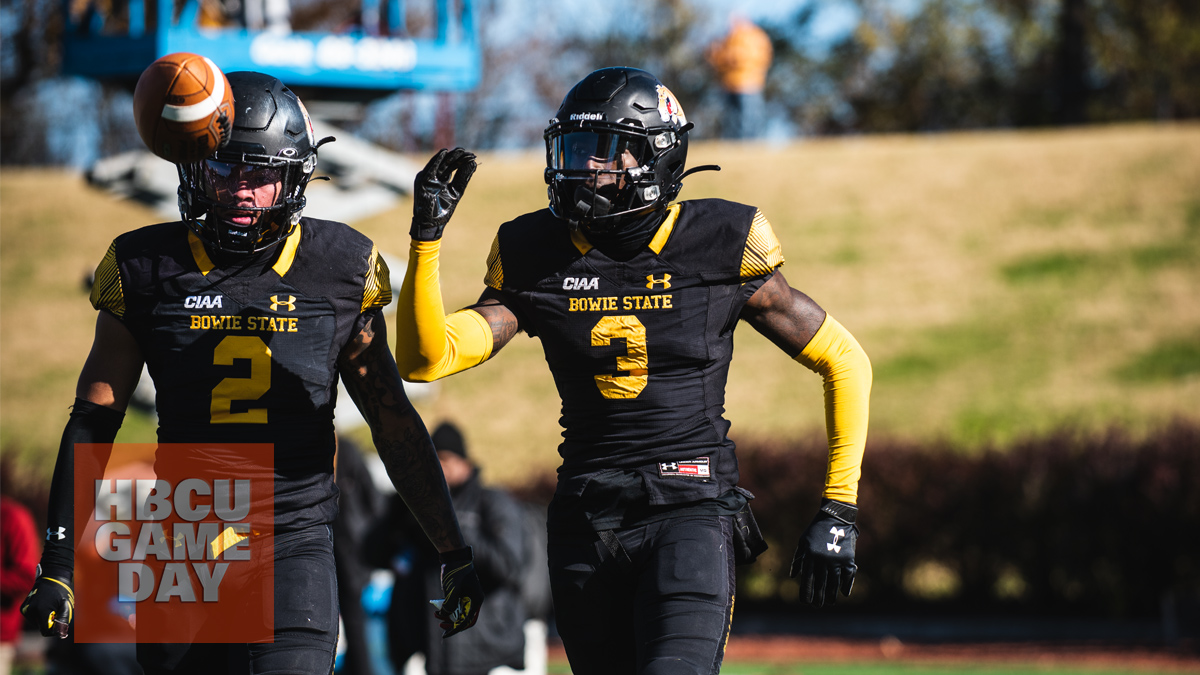 Bowie State, CIAA Champion for the third-straight season, is back in the NCAA Division II playoffs. It will host Lenoir-Rhyne on Saturday.

BOWIE, Md. – The NCAA Division II football playoffs are returning to Bowie State University on Saturday, Nov. 20 when the No. 10 Bulldogs host Lenoir-Rhyne University at Bulldogs Stadium at 1 p.m.

How to Watch
The championship game will be available on the Bulldog Sports Network or the CIAA Sports Network. Live stats will also be available via the Bowie State Athletic website (www.bsubulldogs.com). Fans can also follow live score updates on Twitter @BSU_Sports_Info or via Instagram @bowiestatebulldogs.

The #10 Bulldogs
The now three-time Central Intercollegiate Athletic Association (CIAA) champions Bowie State Bulldogs stand 10-1 overall after winning the 2021 CIAA Football Championship, 17-7 over Fayetteville State last weekend in Salem, Va., becoming just the fifth school in conference history to three-peat. The last time a three-peat happened within the CIAA was Hampton from 1992-1994. Senior Calil Wilkins (Temple Hills, MD) was named the 2021 Food Lion MVP after recording 163-yards on 25 carries, which also helped him reach the 1,000th mark in rushing yardage for the 2021 season.

Wilkins has rushed for 1106 yards total on 210 carries and eight touchdowns coming into the playoffs while senior Ja’rome Johnson (Washington, D.C.) has thrown 122 completions for 1,750 yards and 20 touchdowns. As a team, the Bulldogs average 35 points per game with 4,115 total yards of offense. BSU’s opponents have been limited to 13 points per outing thanks to a one of the nation’s best defense led by redshirt sophomore Jonathan Ross (Waldorf, MD) and junior Joshua Pryor(Baltimore, MD) who combined for 120 tackles, 38.5 tackle for loss, 13.5 sacks, 13 break ups, six forced fumbles and a pair of fumble recoveries.

Scouting Lenoir-Rhyne
A member of the South Atlantic Conference (SAC), the Bears of LRU are 8-2 overall, coming off a 56-3 win over Catawba in their last outing. The Bears average 41.3 points per game while holding their opponents to 15 points. Grayson Willingham has completed 214 passes for 2,393 and 21 touchdowns while Dwayne McGee has toted 224 carries for 1,594 yards and 19 touchdowns. Deondre Lester is the leading receiver for the Bears with 53 catches, 669 yards and six yards. Preston Joseph is the team’s defensive leader with 61 tackles, 5.5 tackle for losses and a sack while Eric Jackson has totaled 50 tackles and four tackle for losses.