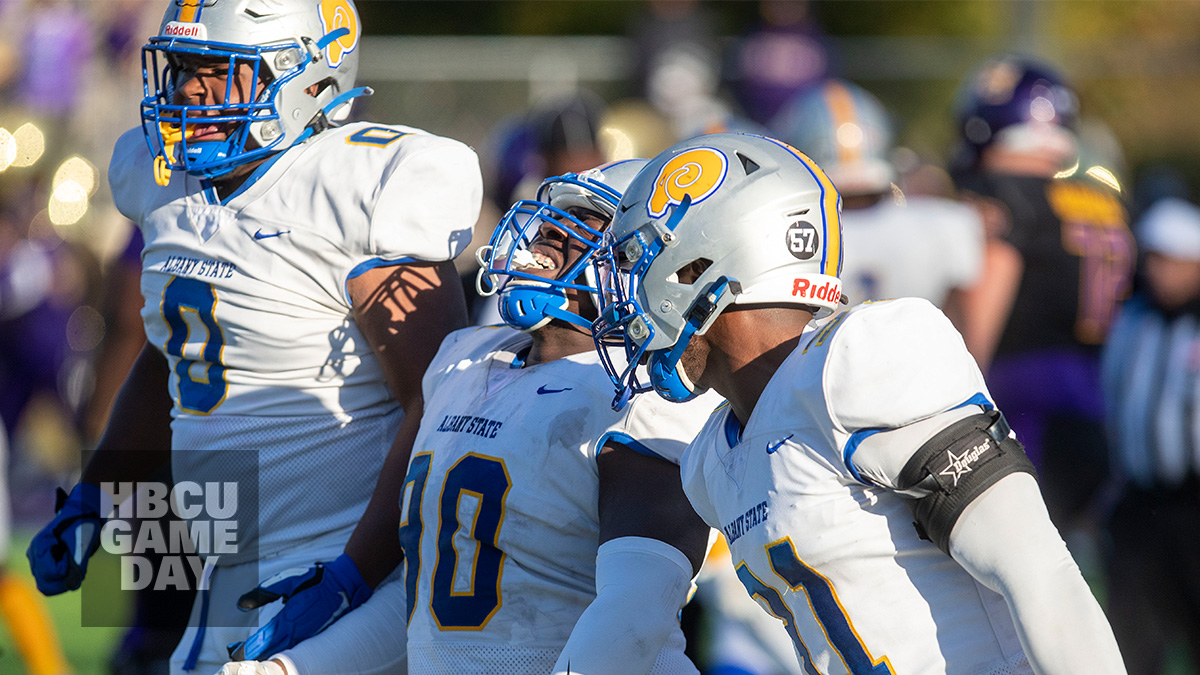 After SIAC Championship Game losses to Miles College in 2018 and 2019, Albany State handled.

The third time proved to be the charm for Albany State in the SIAC Football Championship Game.

ASU met Miles College with the conference title on the line. And unlike 2018 and 2019, ASU would not be denied as it dominated from start to finish in a 31-0 route of the two-time defending SIAC Champions.

It was the first title for head coach Gabe Gardinia, who reflected on his team’s past defeats as he cradled the SIAC Championship trophy.

“It’s been such a long effort for our players. And to get so close two years in a row — I’m not going to lie, I’m a transparent guy — there’s been a time or two when you doubted yourself. But I think that’s when you just look internally and say to yourself ‘how do I get better?” And that’s what we tried to do,” he said.

“We made some changes offensively in our schemes and stuff like that and pushed our defense to grow. We can’t stay the same,” he said. “If we’re not growing, we’re dying. And that’s just been our philosophy and I’m just glad our coaches have been able to put up with me through all of that growth process. Sometimes it hurts to grow.”

The win comes less than two weeks after the life of one of ASU’s players, Adonis Butler, was taken in an accident. Last week the team pitched a shutout matching his jersey number (57) and this week it brought home the conference crowd.

Albany State improved to 10-1 on the season. It will now turn its attention to the NCAA Division II playoffs. There are no automatic bids in the D2 playoffs. Instead, playoff participants and seeding are based on regional rankings. ASU entered the week ranked third in Super Region II behind Valdosta State, which handed ASU its lone loss of the season and Bowie State. VSU dropped it’s final game while BSU (10-0) claimed the CIAA title on Thursday. The top four seeds will get to host at least one playoff game.