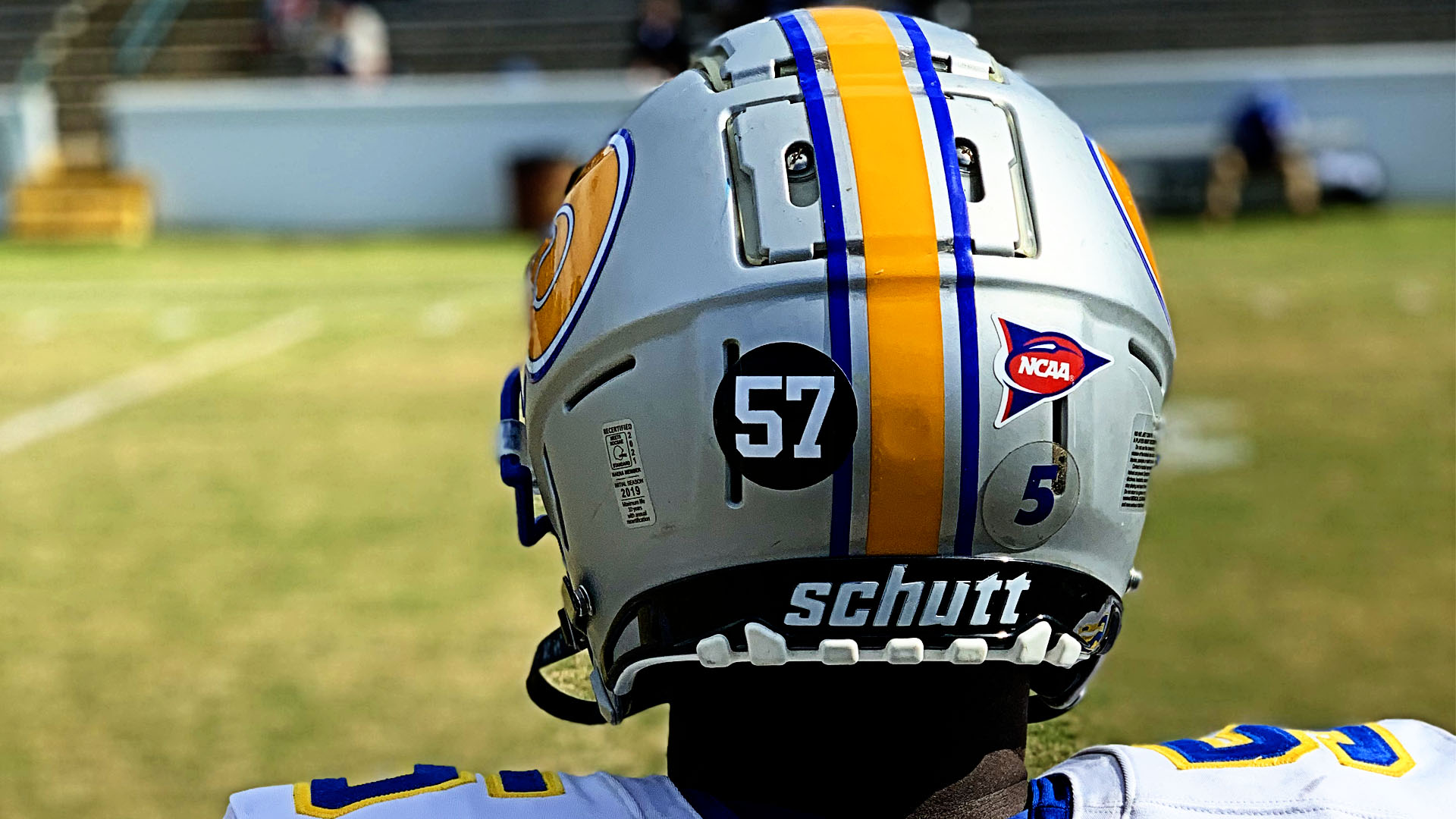 The Golden Rams manage to score 57 points and stopped after that.

Often you can point to three, four or five reasons a game had the outcome it did.  In the Albany State University vs Fort Valley State University game, dubbed the Fountain City Classic,  there was but one reason.  Adonis Butler. The Golden Rams put a definitive defeat on the Wildcats and it was over before it started.

With a completely lopsided stat sheet, a one-sided score and a dominating overall performance, the SIAC eastern division champions had but one thing on their minds…their late teammate Adonis Butler.

Butler passed on campus in an unfortunate bus accident earlier in the week.  He wore no.57 for the Golden Rams.  The players wore t-shirts with his photo and number on them during warmups.  They had a black circular sticker on their helmets to honor him.  It was a back circle with the white number 57 inside.  They prayed for him in the end zone during pregame.  The trainers all had on black no. 57 hoodies.

Unfortunately for Fort Valley, the team’s focus resulted in very little banter between rivals in pregame.  Often games of this magnitude with arch-rivals are littered with trash talking…there was none.  It was as if the Albany State players were in a trance-like state.

It was all about Adonis Butler no. 57

They weren’t playing for any cause except no.57.

At halftime when the score was 38-0, the team as a unit was trying to figure out how to score 19 points to land exactly on Butler’s jersey number.  ASU used special teams to catapult the offense into easy scores.  Kicker Gabriel Ballinas played a vital role in the outcome, knocking down four field goals.

With 7:15 remaining in the game, and the score at 51-0, backup quarterback Jhaydon Sullivan hit a streaking Jaleel Johnson on a 37-yard bomb.  Johnson would not be denied the end zone as he streaked down the middle of the field for the touchdown which made the score 57-0.  Of course the ASU bench emptied in joy and all players on the team were assessed a penalty for unsportsmanlike conduct coming onto the field.  Johnson ran along the sideline by the Albany State fans to an unreal standing ovation.  It was as if the entire side of the stadium had combined their energy and willed this outcome.

Head coach Gabe Giardina called for ASU to kneel on the extra point and not score again.  In the end, the players got what they wanted from the go.  It wasn’t about the Fountain City Classic Trophy, it wasn’t about beating their rival…it was about honoring no.57 with a 57-0 win.