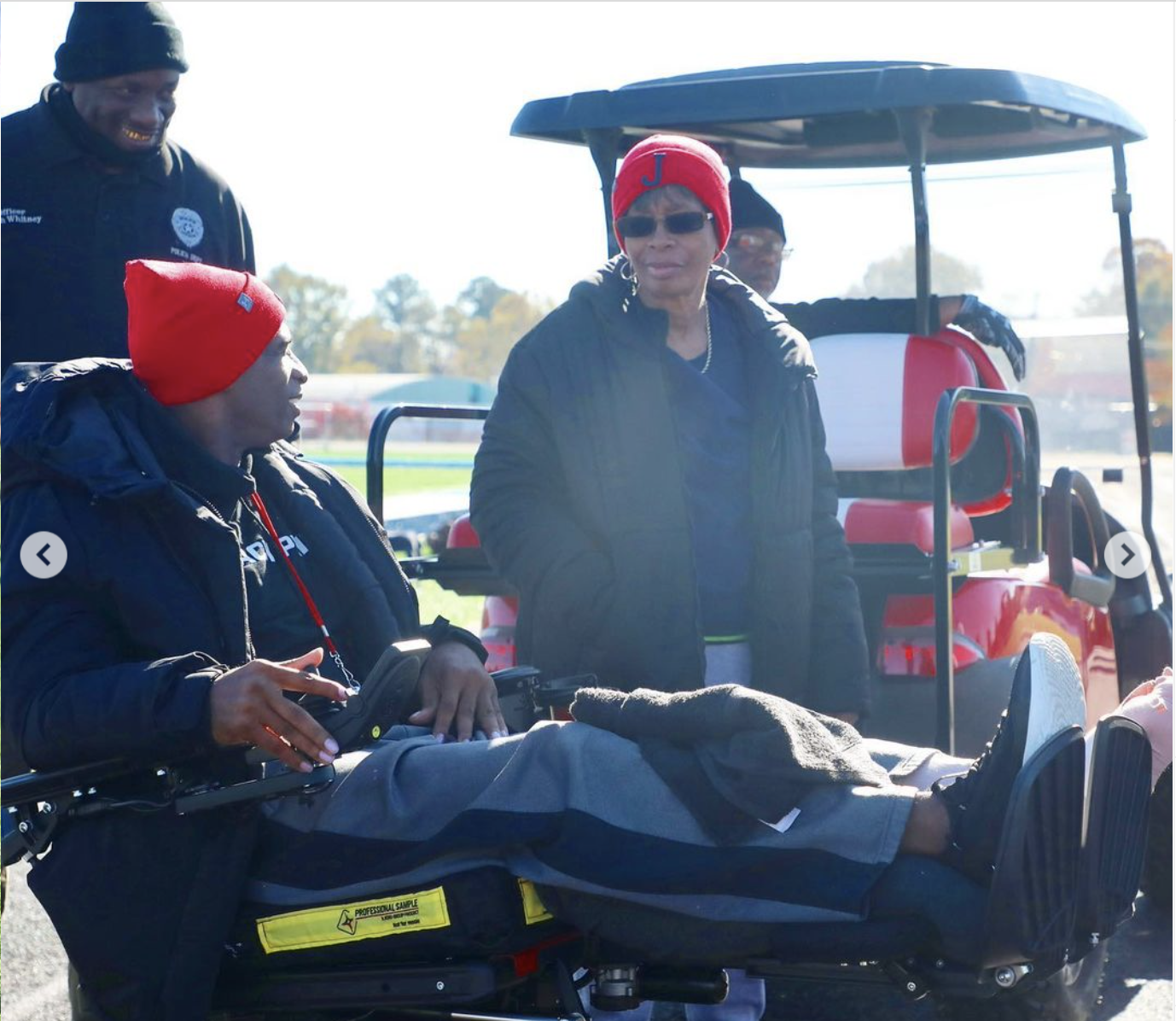 Deion Sanders visited by mom as he returns to practice

Deion Sanders is on the road to recovery and got back out to the practice field. And he had some unexpected company, too.

Deion Sanders is out of the hospital and back on the practice field for now. And now, so is his mother.

After announcing he was out of the hospital after an extended on Wednesday, Sanders showed up at JSU for practice. He was wheelchair-bound with his feet propped up as he observed the team get prepare for a huge game against rival Southern University on Saturday.

Apparently, his mother, Connie, had a thing or two to say about her Hall of Fame son out on the field. According to Sanders’ Instagram post on Thursday she “cussed me out for going back to my calling today.” Sanders said she even called his sister on him.

Well, clearly knowing her son better than anyone, “Mama Connie” decided to make her way to Jackson State to check in on him. There’s no word on whether she had any insights on Southern, but her presence alone was clearly appreciated.

Sanders posted a video late Thursday night in which he starred his thoughts about the challenge of being off his feet, the physical and mental toll it took on him and how he got through it. It looks like it will all be available on Season Two of Coach Prime, Sanders’ documentary series.

“It’s been a tremendous journey,” Sanders told Thee Pregame Show. “I’m thankful to be out of the hospital.”

In the meantime, there has been no announcement as to when Deion Sanders will be back on the sideline with his team. It has at least two more games left this season, but likely more. JSU travels to Baton Rouge to take on Southern this week before returning home for the season finale against rival Jackson State. Should JSU win at least one of those last two games, it will be in the SWAC Championship Game on Dec. 4.

Deion Sanders visited by mom as he returns to practice