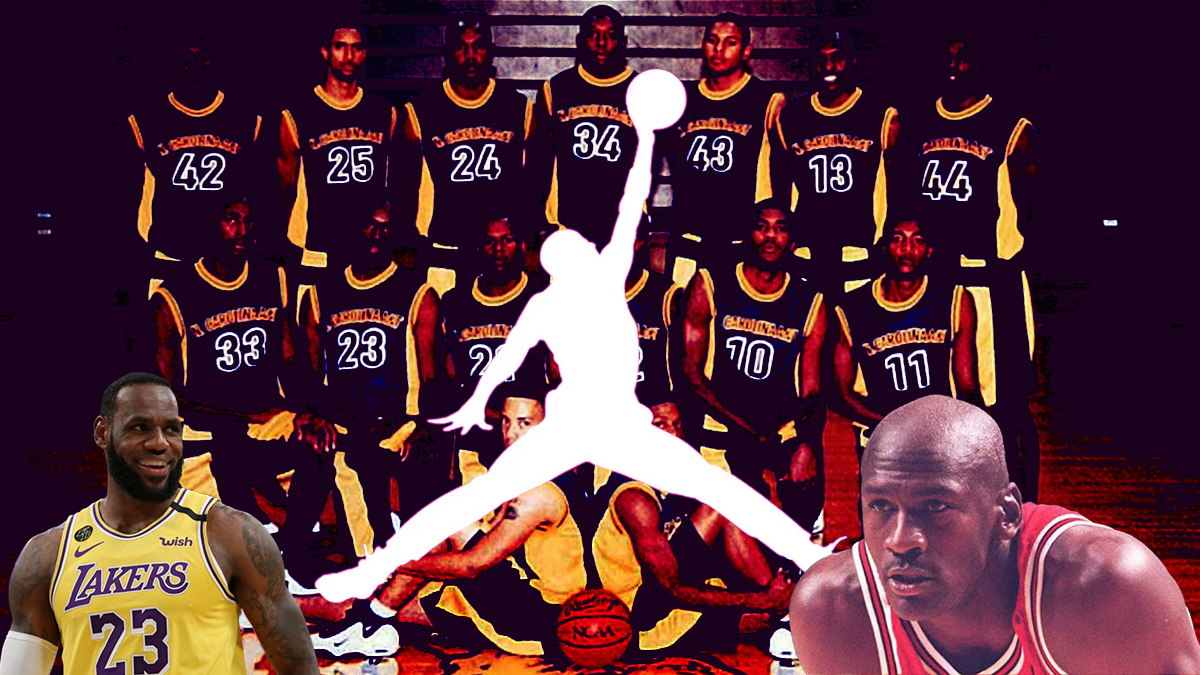 Like LeBron, Michael Jordan kicked off brand with HBCU

More than two decades before Lebron James and Nike teamed up to outfit FAMU, Michael Jordan started with an HBCU.

We all hate the LeBron James-Michael Jordan comparison game, don’t we? You know, LeBron does a thing — MJ supporters start talking about how Jordan did it better. ‘Bron supporters say how much easier things were back in the the day…yadayadayah.

But we gotta acknowledge that it’s a thing. And it will probably always be a thing. Well, now Michael Jordan and Lebron James have another interesting comparison. This one involves HBCUs.

Florida A&M announced on Thursday that it has reached a six-year agreement with James. That connection was trotted out for the first time earlier this week when the four-time MVP came out for a March 2 game against the Suns in what is being called the LeBronFAMU PE

Nearly 25 years ago, Jordan also outfitted an HBCU to launch his “Jordan Brand” at the collegiate level. North Carolina A&T was one of three schools, along with the Cincinnati and St. Johns, to become the first to wear the jump man emblem on its uniform.

Things were much different back then, of course. Jordan, approaching his second retirement, was looking to build his own brand apart from Nike. The two sides agreed to a deal that officially made Jordan a Brand. In fact, the original name was Brand Jordan.

“We were hoping we would be part of this program, so we’re delighted,’ Dr. Willie Burden, A&T’s athletics director at the time told the Greensboro News and Record. “We’re confident that when everything is finalized, it will be a win-win situation with North Carolina A&T, Nike and Mr. Jordan.’

Initially, the deal did not provide any compensation to A&T. And they weren’t really ground-breaking, either. The biggest thing the school got was prestige. Three years later the school changed its name to Jordan University for a day after the basketball legend dropped a gift on the school.

Jordan and A&T were still working together in 2003 when 18-year-old Lebron James signed with Nike, giving up a $115 million deal with Reebok for an $87 million deal from Nike. Eighteen years later, Nike owns Reebok and James has a “lifetime” contract, said to be worth a billion dollars.

A&T and Jordan eventually parted ways, as the MEAC entered deal with Russell Athletics in the mid-2000s. Of course, the Jordan Brand didn’t miss a beat, continuing to expand to the schools and other sports. Eventually, the conference stepped away from that deal, allowing schools to pick which brands they wanted to wear. A&T chose Nike and — sure enough— a Jumpman logo once again appeared on an A&T basketball jersey.

James’ yearly take-in from Nike is said to be $32 million, making him second to — you guessed it — Michael Jordan. Jordan brings in $130 million annually.

LeBron James will be branded on all of FAMU’s athletic uniforms, apparel and footwear from the jump.  We will have to see how things turn out, but in any event, it’s another parallel between the two basketball greats turned billion-dollar businesses.

Like LeBron, Michael Jordan kicked off brand with HBCU