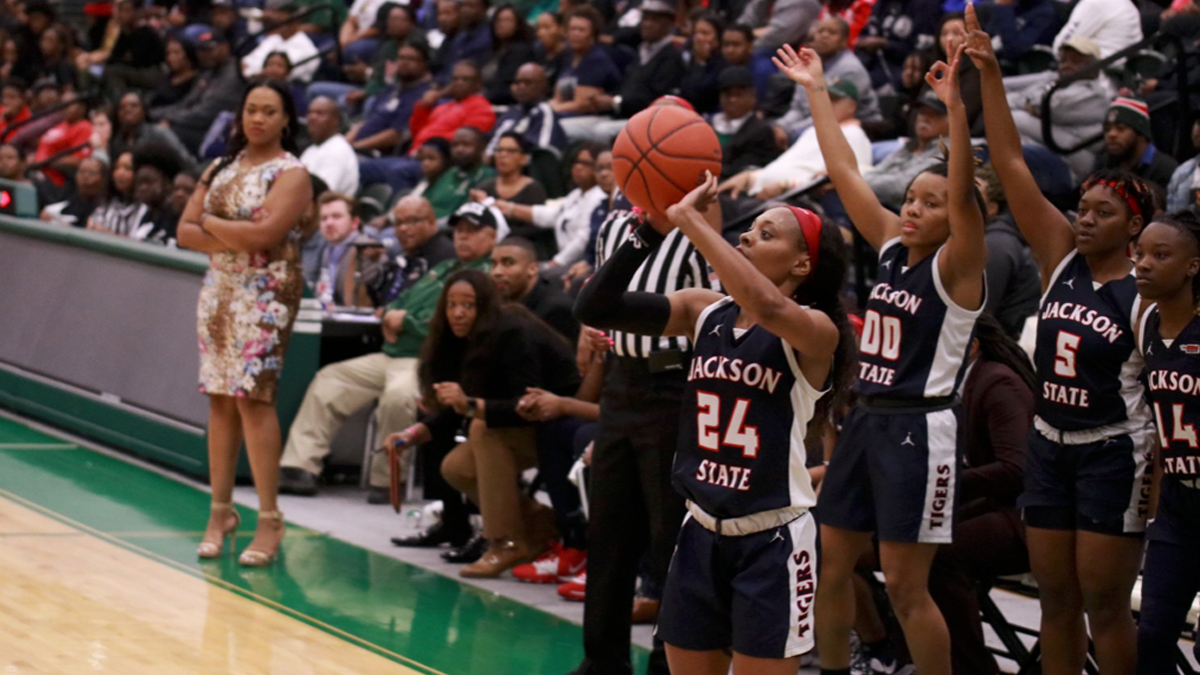 Lady Tigers go on a huge run late to put a real scare in Miami.

The Jackson State women’s basketball team was tied at 63 with the University of Miami with two minutes to go, but couldn’t hold off the Hurricanes from behind the arc.

Miami hit back to back three pointers with the game all knotted up to escape with a 72-67 win over JSU. The Hurricanes seemed to be in control leading 63-51 with 7:23 remaining before Jackson State got hot. The Lady Tigers went on a 12-0 run with points scored by all five players on the floor. Back to back layups by Dayzsha Rogan and Ameshya Williams had the momentum clearly on the side of Jackson State. The run was the largest of the game for either team.

Williams played a solid game at center for JSU, scoring 18 points and collecting nine rebounds. SWAC Preseason Player of the Year Rogan had 17 points and six rebounds. Jackson State shot 37.9 percent from the floor but only managed to go 3-13 on three pointers. The Tigers left eight points on the floor going 14-22 from the free throw line.