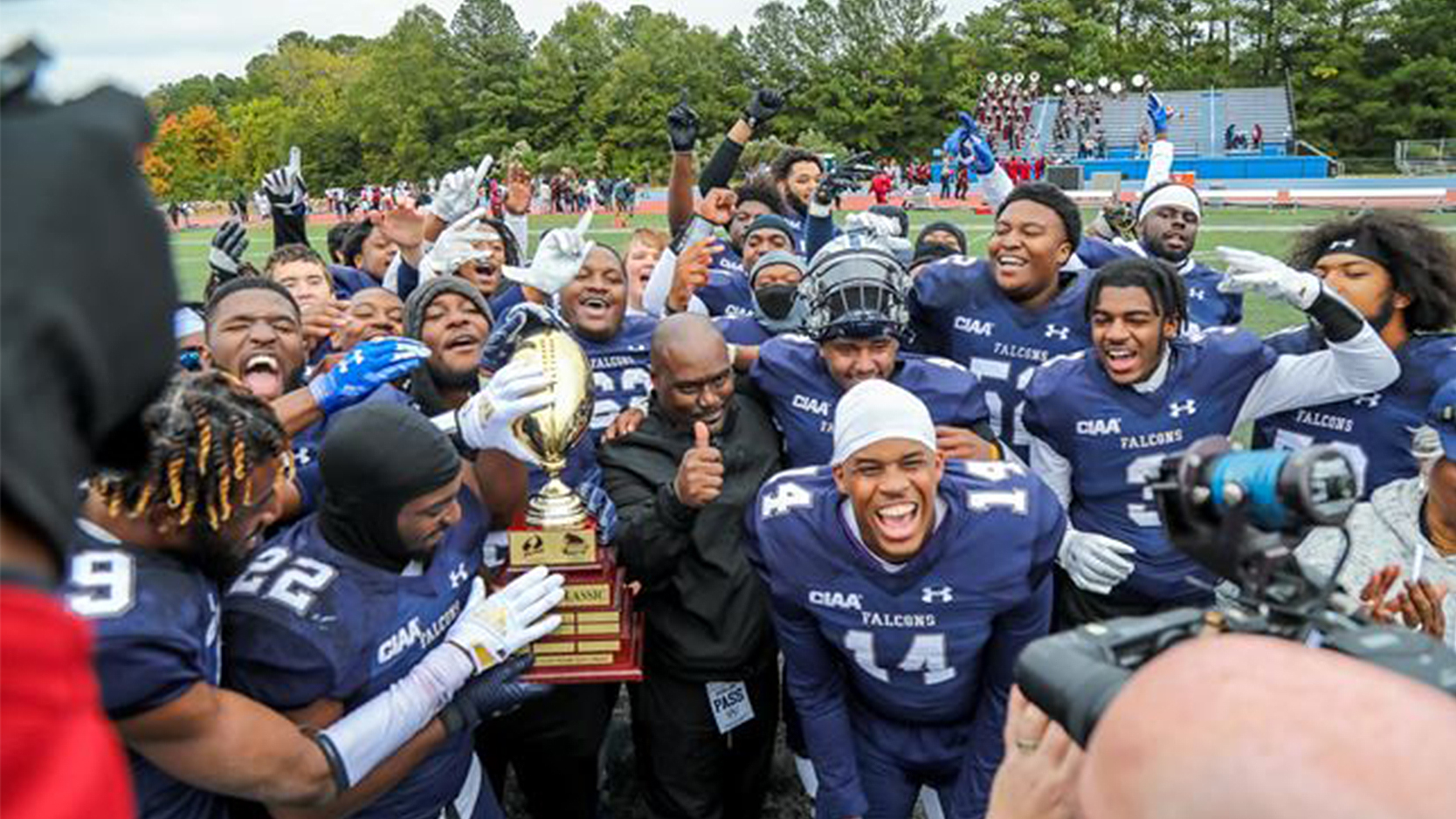 St. Augustine’s University has struggled all year, but Saturday it broke through to beat rival Shaw University in the Battle of Raleigh.

To say that St. Augustine’s University football was an underdog against rival Shaw would be an understatement.  SAU had been struggling all season and had yet to notch a win.  Conversely, Shaw had been aiming for its first seven win-season in over 11 years.  But, rivalry games can lead to unexpected outcomes, and SAU’s 21-17 win over Shaw on Saturday was a good example of that.

Shaw opened up the scoring when Andre Brandon, Jr. capped off a 10-play, 79 yard drive with a short rushing touchdown in the first quarter, followed by a Devin Versteegen PAT.  SAU evened up the score in the second quarter when Anthony Archie caught a 21-yard scoring pass from Chris Perkins, followed by a Chase Kiefer PAT.  Versteegen pushed Shaw ahead with a 31 yard field goal to close out the half.

SAU’s defense and special teams took over the game in the second half.   Shaw set up to punt, but Jerron Hinton blocked Karlton Byrd, Jr.’s punt, and Tiasseer Rambert recovered the ball in the endzone. That touchdown and Kiefer’s PAT gave SAU a 14-10 lead.  SAU extended their lead to 21-10 late in the third quarter when Shaw’s Torrin Campbell was attempting to rush out of the pocket and fumbled the ball in the process. Marcus Davis scooped up the ball, rumbled 18 yards, and shed tacklers along the way, including Campbell himself, on his way to the endzone. Shaw could only muster seven points in the fourth quarter via 31-yard touchdown scamper by Sidney Gibbs.

SAU’s strong defensive effort went beyond scoring, as two other noteworthy events lead to SAU’s win.  Shaw outgained SAU 277-185, but Shaw was unable to convert a fourth-and-2 from the SAU 21.  Shaw also had to settle for the aforementioned Versteegen field goal, but Shaw initially had a first and goal at the SAU 8 yard line before the drive stalled.

Both teams concluded their regular season. The loss resulted in Shaw finishing with a 5-2 conference record and 6-4 overall record, while St. Augustine’s finished 1-6 in conference and 1-7 overall.  Nonetheless, the win allows St. Augustine’s to finish the season with momentum, and was head coach David Bowser’s first career win.