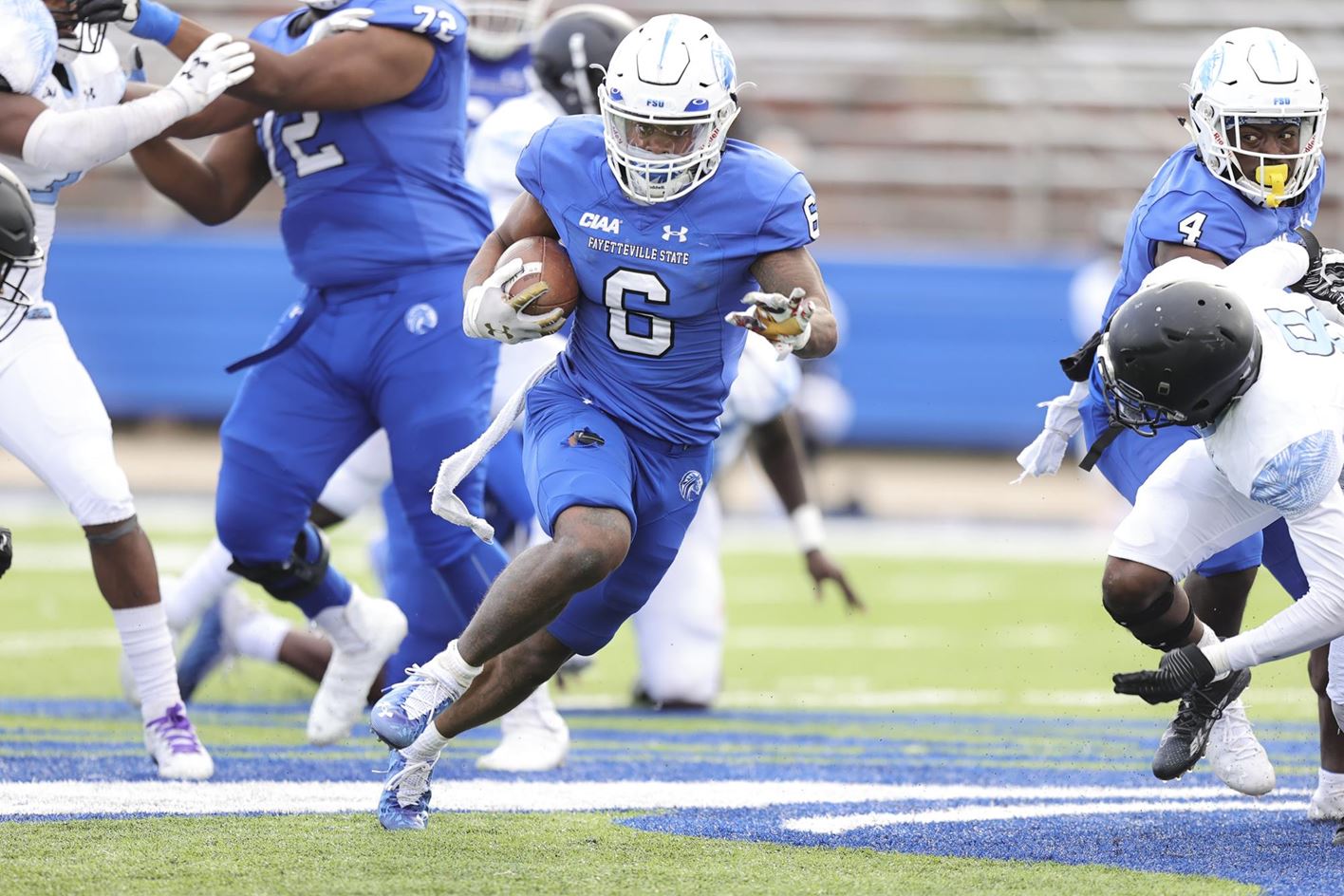 Fayetteville State (above), Bowie State and Albany State won division titles and punched their tickets to the postseason with wins Saturday. Check out all the scores from Week 9 below.

Bowie State, in the North, and Fayetteville State, in the South, clinched CIAA division titles with wins Saturday. It is the third straight division championship for BSU and fourth straight for FSU. After finishing the regular season next week, the two will meet on Nov. 13 in Salem, Va. for the CIAA Championship.

Albany State also clinched the SIAC East Division championship with its win over Morehouse Saturday. The West division title and opponent for Albany State in the Nov. 13 SIAC title game will be determined this week.

Langston, the last undefeated team in HBCU football, suffered its firs loss, 31-24 to Louisiana College. The Lions are now 7-1. The NC A&T Aggies lost their third straight Big South game. On the flip side, Tennessee State won its fourth straight and Norfolk State made it six wins in a row.