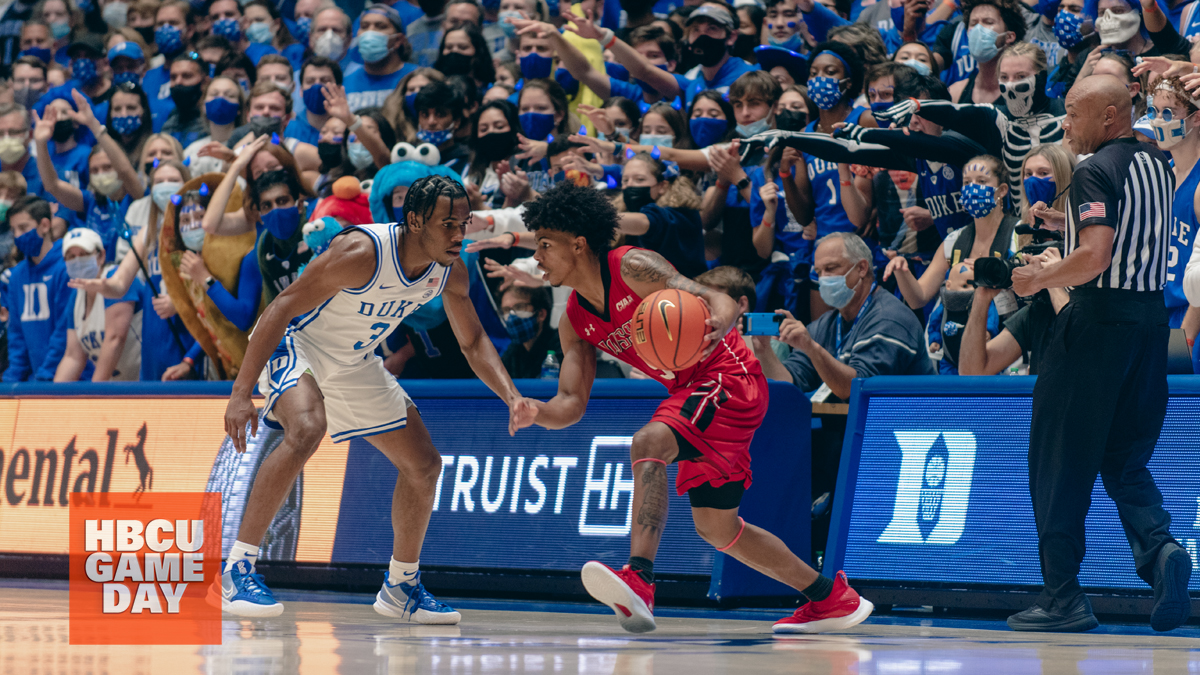 Winston-Salem State was the latest Division II HBCU to play at Duke. Coach K hopes that tradition outlasts him.

Saturday provided a unique opportunity for Winston-Salem State University, take the court against Duke University at Cameron Indoor Stadium. As a Division II HBCU, WSSU doesn’t get these types of chances very often as DI teams can only play DII teams in exhibition games.

Two years ago the University of North Carolina hosted WSSU in the Dean E. Smith Center. WSSU lost that game 96-61 before it went on to win the 2020 CIAA Tournament.

The results of Saturday’s contest were as predictable, if a bit more lopsided. Duke, a preseason top 10 team, had its way with WSSU in a 106-39 win. It was the first game for visitors since Feb. 2020.

Duke has made it a habit to play Division II HBCUs, primarily the defending CIAA champions, on a yearly basis.

“It’s been very important because I think it’s, you know, it’s a sign of respect. And these teams are very good. Winston-Salem State, the history of its basketball program is one of the best with Big House Gaines. The school is one of the outstanding HBCU schools.”

Of course, Krzyzewski is on his final go-round. As he prepares to retire at the end of the 2021-22 season, he will hand the reins over to coach in waiting Jon Scheyer, he hopes Duke will continue to play these games.

While the game was a blowout, it was beneficial to WSSU in a number of ways.

WSSU was paid $15,000 to make the trip — a little over an hour on a bus — as well as 75 tickets. Tickets were made available to purchase for WSSU alumni, students and supporters, which the department of athletics was able to pocket. The price was $143  — far more expensive than any game ticket ever sold at C.E. Gaines Gymnasium, but a good deal at Cameron Indoor Stadium. While many fans balked at the price, others took the chance to support the team financially as well as morally.

That payout figure isn’t huge in the sport of college basketball, where Power Five teams often play low-to-mid majors for high-five figure payouts. But to a D2 HBCU whose basketball expenses are over $463k and brings in just over $40k in revenue, it’s a pretty substantial number.

Beyond the financial support, the game gave the WSSU a chance to measure itself against one of the top teams in all of college basketball as well as one of the top atmospheres. The game was the first since March 7, 2019 that had spectators in Cameron Indoor Stadium. WSSU plays in front of a pretty raucous crowd itself — but there is nothing like the “Cameron Crazies.”

“Even we can’t simulate this in our environment. They were really intense. I think we did have some jitters at the beginning of the game. I thought in the second half we came out a lot better. But the intensity of the game, the bright lights, their size and athleticism — all of it played a role in our first competition with 11 new guys against another team.”

It won’t be the last time the CIAA squad sees Division I or ACC competition. WSSU will scrimmage historic rival North Carolina A&T of the Big South on Wednesday before taking on cross-town neighbor Wake Forest on Friday. WSSU head coach Cleo Hill said the scrimmage against A&T will be closed, but the game against Wake Forest will be open to the public.

“That’ll be another step up from Division II. It’ll be Division I. After that we go to Wake Forest — which is a good game for us and the community as well as Wake Forest. We’ll have our work cut out.”