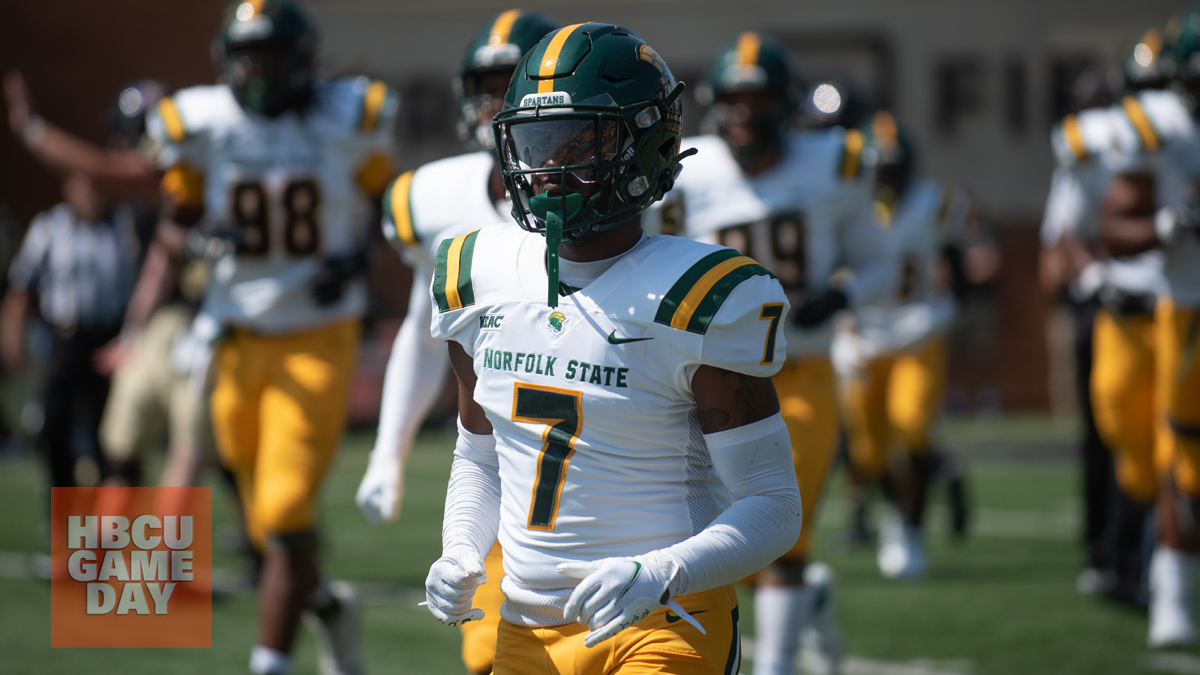 Norfolk State is red hot and Morgan State is ice cold as the two teams meet up at Dick Price Stadium on Saturday.

NSU focused on the details

Head coach Dawson Odums is currently in his first year at Norfolk State , and is doing everything he can to make NSU a powerhouse in the MEAC. Odums has more than 20 years of coaching experience along with an eight year run at Southern University where he had a winning record in each season as head coach.

Coach Odums’ attention to detail has come down to the way his players speak and dress and carry themselves as men.

“We want to win in every aspect, that’s taking your hat off in the cafeteria, wearing your pants around your waist, tucking your shirts in at practice, one band , one sound.” Odums said on Monday. “We have to fall in love with the process, including telling your teammates when they are wrong, accountability raises everything about what you’re doing.”

Norfolk State quarterback Juwan “Pootie” Carter broke the school record for consecutive competitions while chucking the ball for 332 yards. Carter connected on 26 of 29 passes completing a school-record 21 straight in the process.

Carter’s 89.7 percent completion rate Saturday is the second-best in school history, trailing only Chris Walley’s 90.9 (20-of-22) set against Morgan State in 2010.

One of the top QBs in the FCS this season, Carter has been lighting up the NCAA with 15 touchdown passes to only 2 interceptions while averaging 42.7 yards per game rushing. He is 231.9 passing yards per game is best in the conference.

Carter’s performance so far this season is showing flashes of when he was named second-team All-MEAC during the 2019 season and this year’s preseason Offensive Player of the Year.

NSU has scored over 40 points in their last three outings which doesn’t look promising for a struggling Morgan State defense. Norfolk State wideout Justin Smith leads the MEAC in reception yards (615) and is second in receptions (34) with six touchdowns. NSU WR Da’Quan Felton is also a top target in the MEAC bringing in 18 receptions to date which is good for fifth in the conference.

The NSU defense has been stout as it leads the league with nine INTs and 19 sacks.

The Bears have been in hibernation this year but can still show they have some fight with a good performance against the rolling Spartans.

A win would give head coach Tyrone Wheatley his fourth as MSU’s head coach and snap the team’s current seven-game skid.

The best news for this young team is due to the COVID-19 pandemic, the NCAA granted an extra year of eligibility to all 2020 fall athletes. Many seniors have decided to take advantage of this, and will return to the field in 2021.

These two teams look to face-off October 30th 2pm at Price Stadium. The game will be streamed on ESPN3 and WEAA, 88.9FM.

85
The Latest in HBCU Sports and Culture