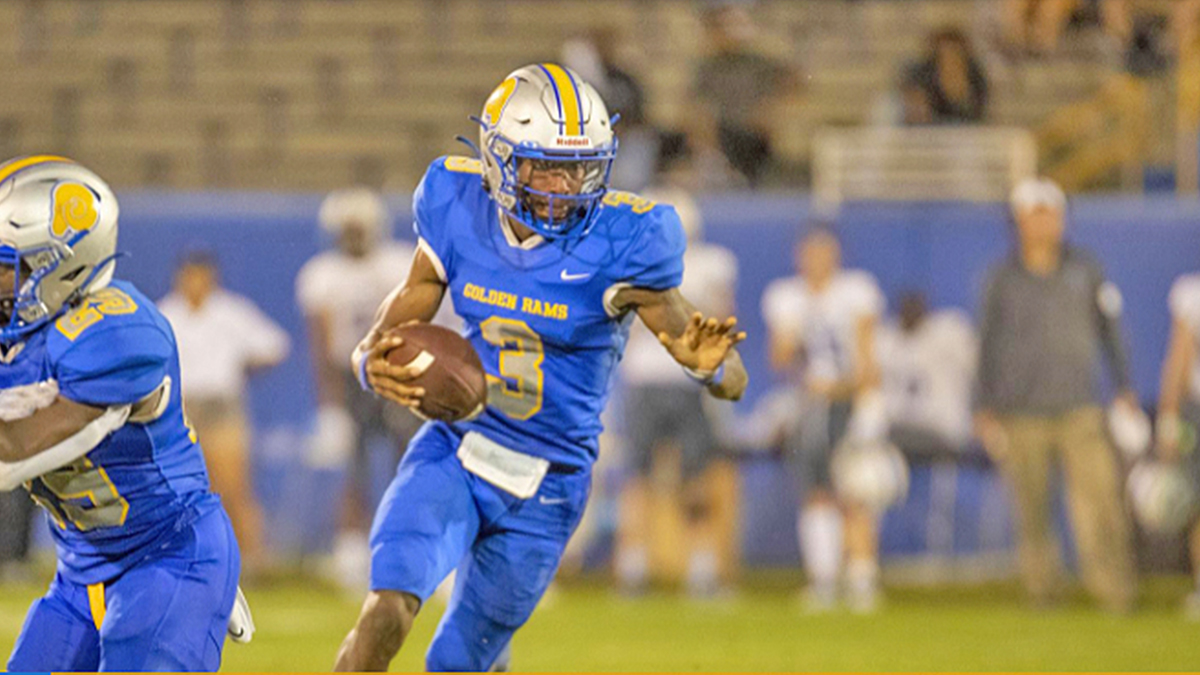 Freshman QB Dionte Bonneau (above) leads Albany State into a big SIAC East showdown with Savannah State Saturday. Another big one is on tap in the CIAA North (Bowie State @ Virginia Union). There are 11 homecomings and nine games to be streamed as the HBCU season winds through Week 8.

There are just three weeks left in 2021 regular season football for the CIAA and SIAC who both have championship games scheduled for November 13. That pretty much means if teams have any hopes of making to the prospective title games, now’s the time to make a move.

Homecoming season continues as 11 are on tap this Saturday. Nine games will be streamed this week

The SIAC’s big battle this week is Savannah State at Albany State (2 p.m.) for the East Division lead. The game will be carried live on ESPN+.

Albany State leads the conference in scoring defense giving up just 6.0 points per game. Savannah State is right behind the Golden Rams at 10.9 ppg.

SSU freshman QB Jamurian Hartage has thrown just 45 times and completed 27 (60%) for 491 yards and six TDs with just one pick.

In other games in the East, Morehouse is at Benedict’s homecoming in Columbia, S.C. (3 p.m.) and Clark Atlanta is at Fort Valley State (2 p.m.).

The outlook in the West is not as clear. Kentucky State and Tuskegee sit atop the division at 2-1. Miles (2-2) and Lane (1-2) are tied for third.

Miles is at Kentucky State (1 p.m.) and Lane is at Tuskegee (2 p.m.) in key West Division match ups.

A BSU win would give Damon Wilson’s Bulldogs a two-game lead with games left on the road at 1-6 Lincoln on Oct. 30 and at home vs. 2-5 Elizabeth City State on Nov. 6.

VUU could put themselves in the drivers’ seat with a win. The Panthers, whose only loss in conference play is to Shaw, close on the road at ECSU (Oct. 30) and at home to Virginia State (on Nov. 6).

The offenses have it

BSU senior QB Ja’rome Johnson leads the Bulldogs. He has passed for 1,393 yards and 17 touchdowns in seven games with just six interceptions. Calil Wilkins is BSU’s top rusher and is third in the CIAA with 552 yards and three TDs. The Bulldogs average 33.0 points per game

VUU freshman Jada Byers, coming off a 213-yard effort vs. Chowan Saturday, is the CIAA’s top rusher (654 yds., 7 TDs.). Khalid Morris is the Panthers’ trigger-man. Morris went out of last week’s Chowan game and was replaced by graduate transfer E’Mond Caldwell who threw for 149 yards and one TD and ran for another TD in the win. The Panthers score 29.1 points per contest.

There’s an outside but unlikely shot that one of three teams with two conference losses – Chowan, VSU or ECSU – could sneak in in the East if Bowie State was to lose its final three games.

The MEAC is just getting cranked up with conference play as all six teams play in-conference games this week.

Jackson State (5-1, 3-0 E) will be trying to solidify its hold atop the SWAC East Division playing winless Bethune-Cookman (0-7, 0-4 E) in Jackson (2 p.m.). Head coach Deion “Coach Prime” Sanders will be out on doctors orders to recover from recent foot surgery. Former Howard player and head coach Gary “The Flea” Harrell, the current running backs and assistant coach. will sub for Sanders.

Langston (6-0) will try to keep its unblemished record intact when the Lions travel to Phoenix to face Ottawa.

Allen vs. Erskine in Due West, SC 1 pm ET

SWAC
Arkansas-Pine Bluff vs. Arkansas in Little Rock, AR 11 am