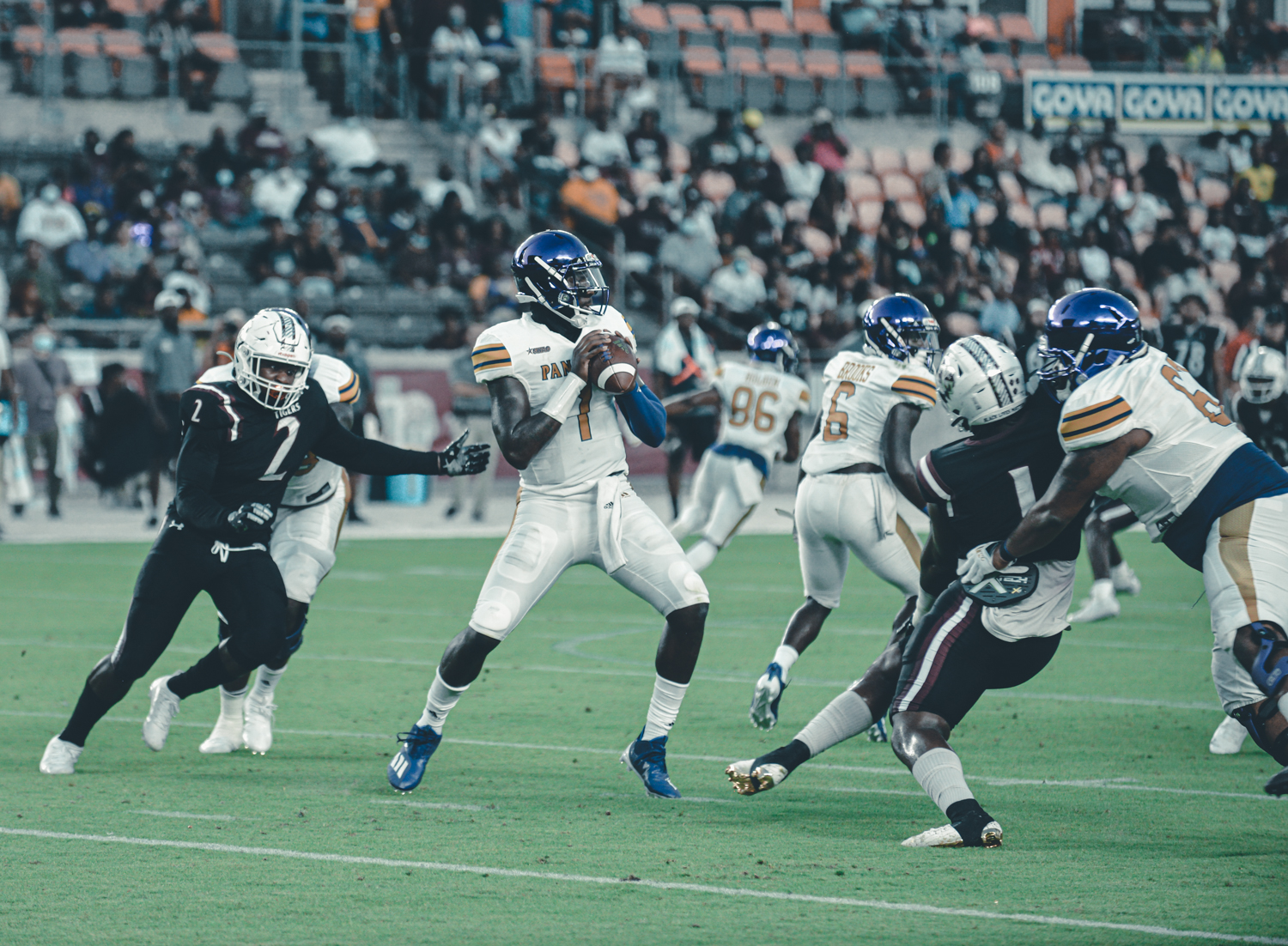 The Southern University and Prairie View A&M game this Saturday will have several SWAC West implications. Here are the matchups to watch.

The Southern University and Prairie View A&M matchup this Saturday will have several SWAC West implications. The Jaguars are looking to improve their 3-3 (2-1 SWAC) record while the 5-1 Panthers are aiming to stay perfect (4-0) in the SWAC.

Prairie View’s starting quarterback Jawon Pass has thrown for 1,534 yards and 11 touchdowns over six games this season. Pass has shown his ability to get the ball downfield with his longest completion being for 71 yards. The graduate signal-caller has also shown some weaknesses as he has thrown six interceptions to his 11 touchdowns. His accuracy will be tested against a Southern University defense that has continued to make big plays. The Jaguars have grabbed six interceptions this season. This is an average of one per game. Senior safety Chase Foster has three picks alone for the Jaguars. Not only that, but he has also returned them for a total of 36 yards. Foster is creating turnovers and gaining ground for his offense after the pick. Jawon Pass will want to keep the ball out of Foster’s way and make clean passes to keep his Panthers out of trouble.

The run game may be the most interesting matchup in this game. Prairie View A&M’s defense is only allowing an average of 104 rushing yards a game this season. Meanwhile, Southern University is averaging 246 yards on the ground. Here lies the classic crash of offense versus defense. Whoever wins this matchup may very well win the game. The stout Panther’s defense will have their hands full with the Jaguar’s freshman sensation Kobe Dillon. Dillon set the all-time SWAC record for rushing yards in a single game in last week’s win against UAPB. The freshman posted 267 yards and three rushing touchdowns in his historic performance. He and the Jaguar’s committee of running backs will be coming in hot against Prairie View. The Panthers will have to humble Dillon if they want to get the win.

Southern University and Prairie View will have a battle in the trenches. Prairie View’s offensive line has only given up six sacks in six games this season. The Panthers are leading the SWAC in this area. They will be facing a Southern defensive line that has forced 14 sacks for 95 yards. The Jaguars are averaging 2.3 sacks per game and are led by junior defensive end Lewis Jordan who has 4.5 alone. The most interesting thing about the Jaguars is that when they pressure the quarterback, they leave no mercy. The team has four quarterback hits to 14 sacks. This means that when they get into the backfield, they are leaving with a sack way more often than not. If the Jaguars can continue to put pressure against Jawon Pass, they can force him to make costly mistakes.