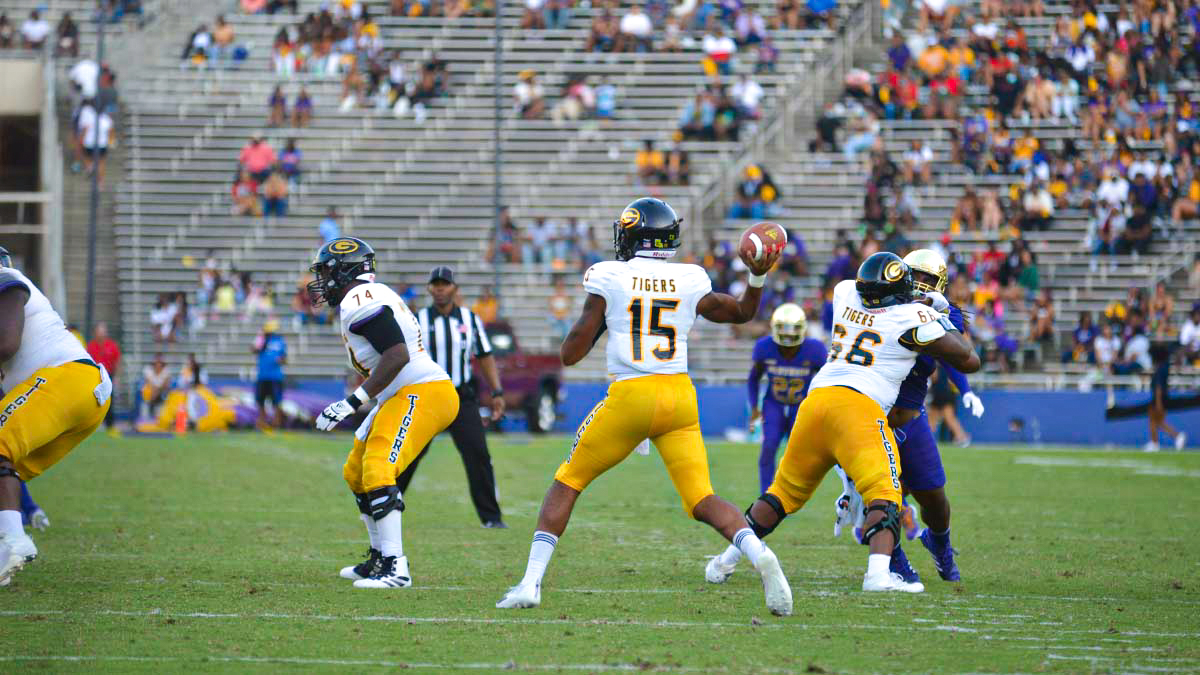 The Grambling State defense answered the call and it’s offense did enough to come up with a homecoming win over Texas Southern.

GRAMBLING, La. | The Grambling State University football team got two scores from its defense as the Tigers celebrated Homecoming with a 34-20 victory over Texas Southern in a Southwestern Athletic Conference (SWAC) game on Saturday afternoon at Eddie G. Robinson Memorial Stadium.

TSU capitalized on a turnover by GSU starting quarterback Noah Bodden as Andrew Body took advantage of the short field with a 21-yard touchdown pass to Jyrin Johnson to grab a 6-0 lead with 10:19 remaining in the opening quarter.

Grambling State answered on the very next possession with a 9-play, 75-yard drive as Donald Johnson scored on 4-yard touchdown run to pull ahead, 7-6, after the extra point, with 5:44 left in the first.

GSU extended the advantage to 10-6 after Garrett Urban 29-yard field goal as time expired as the two teams entered the half.

Grambling State’s defense scored the first of two touchdowns as Quincy Mitchell took a Body interception 75 yards to paydirt as GSU pushed the margin to 17-6 with 12:40 left in the third.

Grambling State added the second defensive score with 3:04 left in the third as Myron Stewart recovered a fumbled and rumbled 70 yards for the touchdown as GSU extended the lead to 27-6 advantage.

Texas Southern (2-4, 1-2) ended the scoring drought early in the fourth quarter as Javius Williams recovered a Bodden fumbled and went 44 yards for the score as TSU closed the gap to 27-13 with 14:34 remaining.

Texas Southern added a Jeff Proctor 4-yard touchdown run with 1:59 remaining, but it wasn’t enough as Grambling State picked up the Homecoming victory.