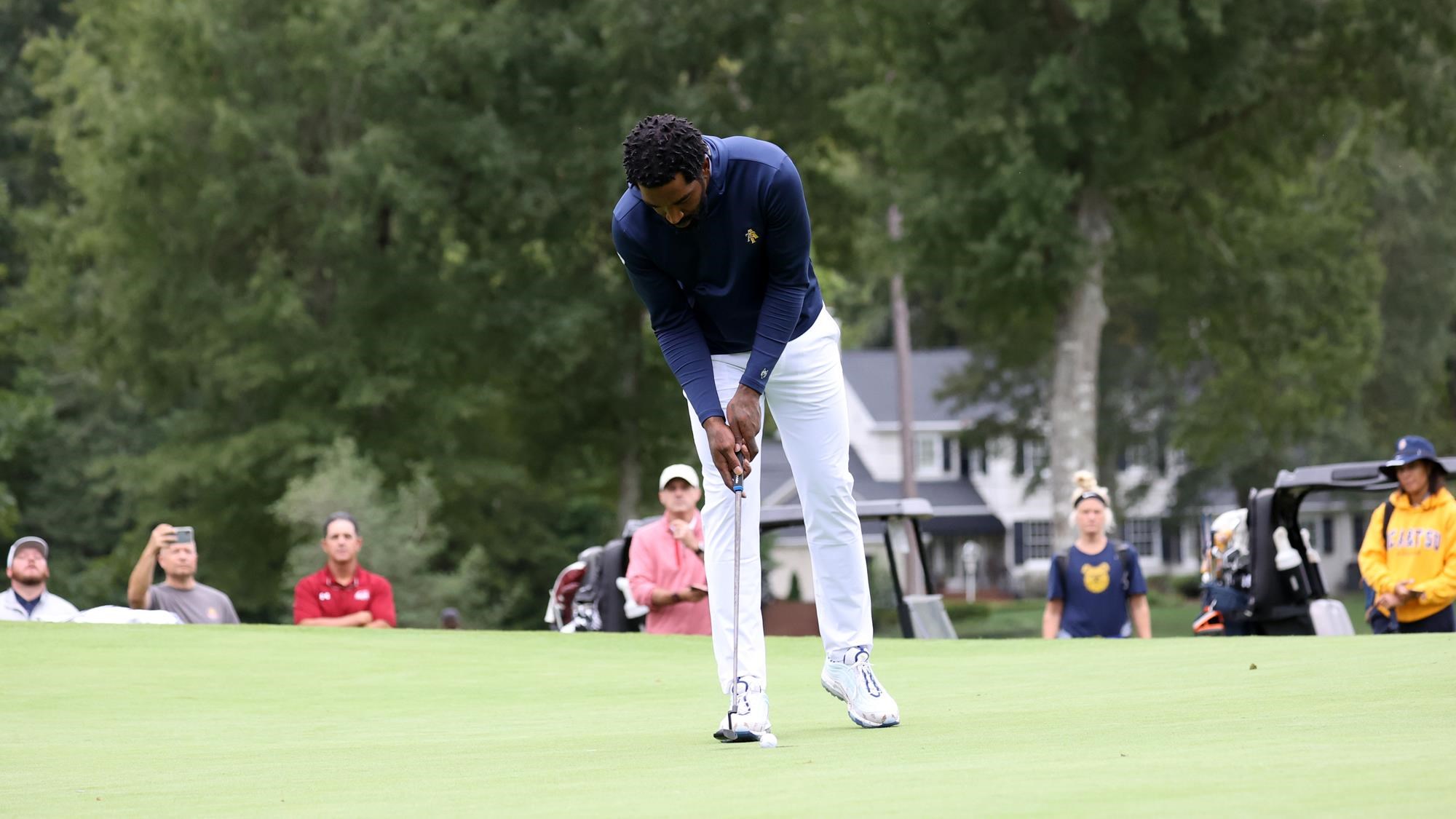 At one point in the day, Smith had what one would consider a golf gallery following throughout the course, which is not a common sight at a collegiate golf tournament. He also had a handful of photographers and video cameras capturing his every shot.

“He found out today that collegiate golf is not easy,” said N.C. A&T coach Richard Watkins. “I thought he did well. We are pleased, but we are not pleased to the point of satisfaction. But I thought he had a good showing today.”

As a team, the Aggies are in 11th place after the first day with an 18-over 586. Elon, the tournament host, is in first place with a 32-under 536. Appalachian State follows them, Elon’s B Team (9-under, 559), Radford and Longwood (3-under, 565) round out the top-5. App State and Radford did not complete their respective second rounds.

Diego Gonzalez (SR, Caracas, Venezuela) stood as the Aggies top golfer on Monday. He had a sensational Day 1, shooting a 3-under 139 over two rounds to finish tied for 17th. He posted 10 birdies over two rounds on Monday. Gonzalez was at plus-1 over the first nine holes before catching fire.

At one point in the second round, Gonzalez found himself as low as 5-under for the tournament. When he birdied the par-5, 514-yard 12th, he had his low score of the day. Back-to-Back bogeys on 15 and 16 slid him back to 3-under before his final birdie of the day on 17. He closed the second with a bogey on 18.

Elon’s Pedro Rabadan leads the tournament at 11-under 131. Round 3 of the Phoenix Invitational starts at 8:30 a.m., Tuesday.

382
The Latest in HBCU Sports and Culture