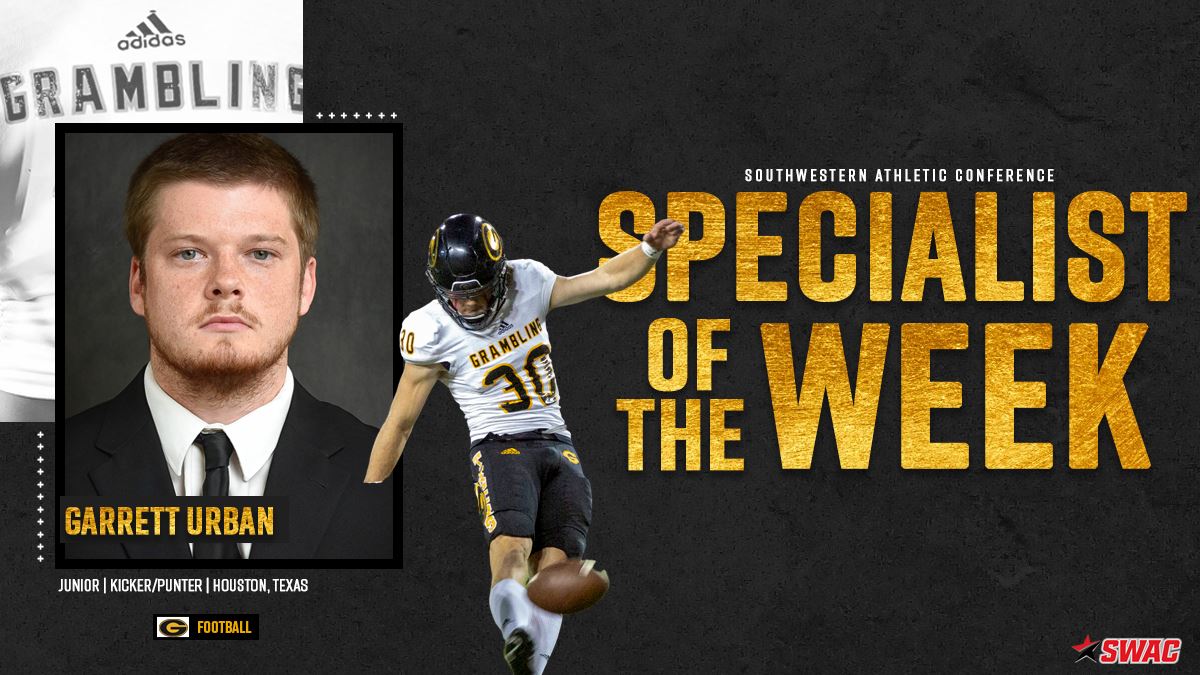 Bodden, who was named the SWAC’s Offensive Player of the Week and Newcomer of the Week, made his first career start at quarterback as he helped lead Grambling State to a 37-28 victory over Alabama A&M. He went 16-of-34 passing for 191 yards, with three touchdowns, including a 60-yard scoring strike to Kobe Ross, which gave the Tigers a 31-14 third-quarter lead.

Urban, the SWAC’s Specialist of the Week, also played a significant role during Grambling State’s win as he accounted for 13 points. The Houston, Texas native connected on field goal attempts of 27, 27 and 39 yards, along with going 4-for-4 on extra-point attempts.

Richardson, the SWAC Defensive Player of the Week, contributed to nine points on the defensive side of the football. His scoop and score capped a 24-point second quarter for the Tigers and the interception late in the fourth quarter helped seal the victory.

Grambling State (2-3 overall, 1-1 SWAC) return to action on Saturday to face off against Alcorn State at Jack Spinks Stadium in Lorman, Miss. The kickoff is set for 2 p.m. and will be streamed live on ESPN+.