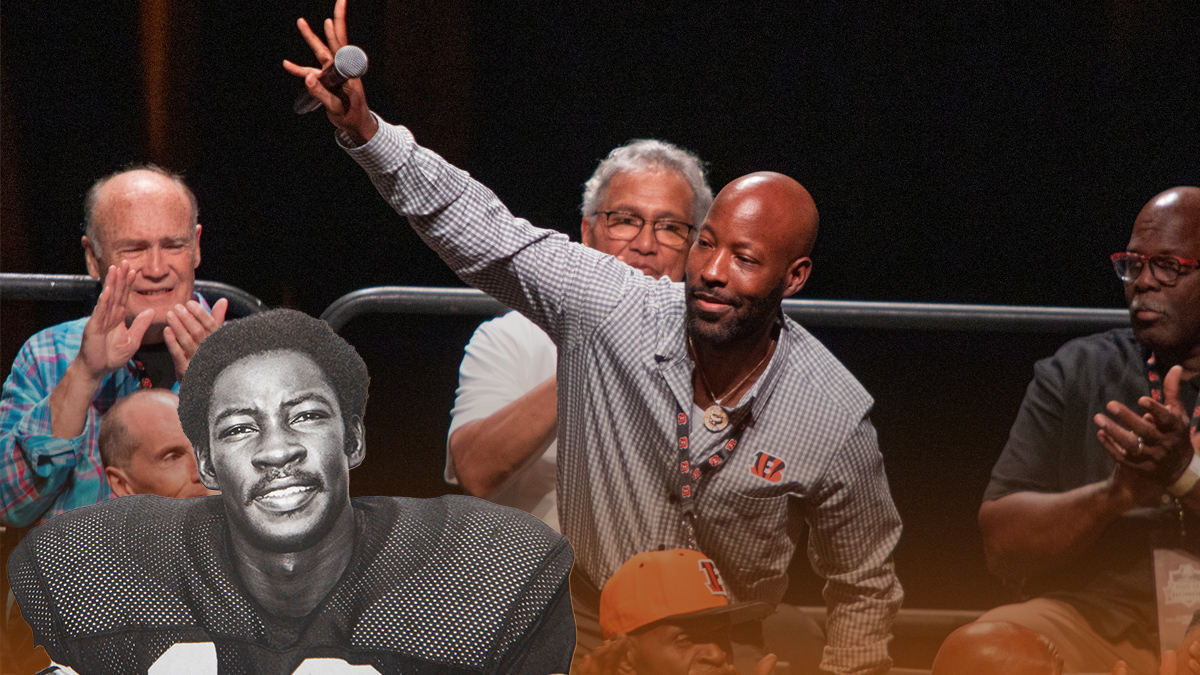 Florida A&M legend Ken Riley was one of several legends, as well as the 1981 AFC Championship squad, honored by the Cincinnati Bengals on Thursday night.

Former Florida A&M great, the late Ken Riley, was enshrined into the Cincinnati Bengals Ring of Honor on Thursday. This was the first-ever class and Riley was joined by Bengals co-founder/coach Paul Brown, quarterback Kenny Anderson and stalwart offensive tackle Anthony Munoz.

In a ceremony that followed a spirited banquet where the Bengals also honored the 1981 Bengals, the unveiling took place at halftime of the Bengals vs. Jacksonville Jaguars game. Riley, who suddenly passed in 2020, was represented by his son Ken Riley II. Riley II also played and was a four-year starter at cornerback for FAMU.

Riley’s wife Barbara and several family members were honored with a suite for the game as dedications to him appeared on the video boards throughout the game.

The family was honored at the recognition by the Bengals organization and hope that it catapults the narrative of Riley making it into the Pro Football Hall of Fame.

“I think that Cincinnati is one of the last teams to get a ring of honor. We’ve always talked about that if you don’t honor your own, you can’t expect the rest of the nation to do it for you. We are a family that is appreciative of this opportunity,” Riley II said.

Michael Irvin and Steve Smith, reporting for the NFL Network, stopped by to congratulate the honorees and their families.

It is common thought that Riley has been shunned by the Pro Football Hall of Fame. With 65 interceptions for his career, he holds more than even Deion Sanders, who is considered the best corner in NFL history by some accounts. Every NFL player who has 65 interceptions or more is currently
enshrined in Canton…except for Riley.

One theory for the omission is the fact that Riley played in a small market and was a low-key player. With Riley’s credentials and a personality like Sanders, no doubt he would already be in a gold jacket. Riley’s motto was to let his work speak for him. When he would run one of the five pick-sixes he had over his career, he would simply hand the ball to the referee. He never drew attention to himself.

Bengals president Mike Brown was extremely proud of the Ring of Honor.

“We have a long history of players, many of them great players. Ken Anderson and Ken Riley are at the top of that list of great players…They were the type of players that we like to think our team is all about. I am pleased that they are both top picks of the fans.”

Also honored as well on this night was the 1981 Bengals, the first in franchise history to make it to the Super Bowl. As many of them gathered in celebration at a pre-game banquet at the luxurious ICON Music Hall, the HBCU connection to the team came to light.