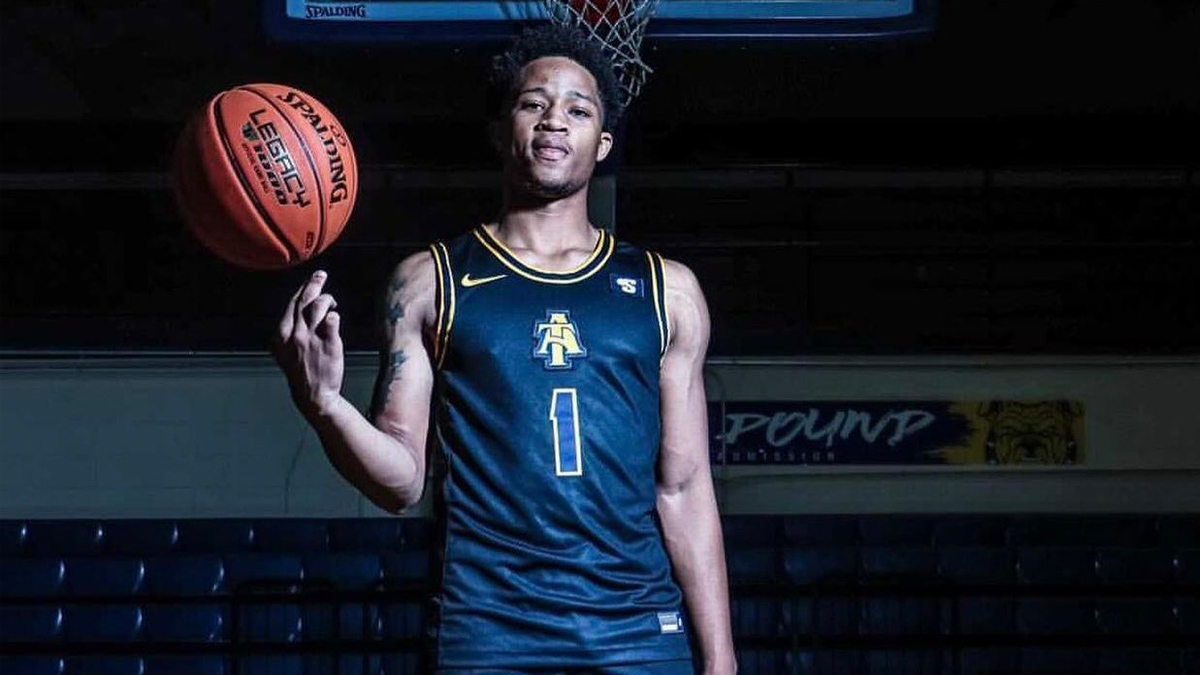 North Carolina A&T just added a solid prospect to its 2022 class with the addition of Tyrese Elliott of Loganville, Georgia.

North Carolina A&T is prepping for its first basketball season in the Big South, but its already got a commitment from the class of 2022.

Tyrese Elliott, a combo guard from Loganville, GA, committed to the Aggies on Friday morning. He’s a three-star player, according to 247Sports. He’s ranked as the 33rd best combo guard in the country and the 11th best player in the state. He transferred from Sparkman High in Harvest, Alabama.

Elliot announced his commitment via Twitter on Friday afternoon. Here’s what he had to say:

“I wanna start off by thanking God. I wanna thank my parents and family for the support and sacrifices you made to help me on this journey. I wanna also thank all my basketball coaches, staff, teachers and trainers for always pushing me and supporting me through whatever. I wanna thank all the coaches that offered me to come to their school but sadly i can only make 1 choice. With that being said, I’ll be continuing my academic and athletic journey by committing to the North Carolina A&T family.

Elliott had five other offers, according to 247 Sports, including Alabama A&M of the SWAC. Other offers came from Boise State, Ole Miss and Samford.

Tyrese Elliott is the latest solid recruit for head coach Will Jones since being named head coach last summer. A&T picked up four-star big man Duncan Powell for its 2021 class — the highest-rated recruit in North Carolina A&T history. Now he’ll have Elliott to join him starting next fall.