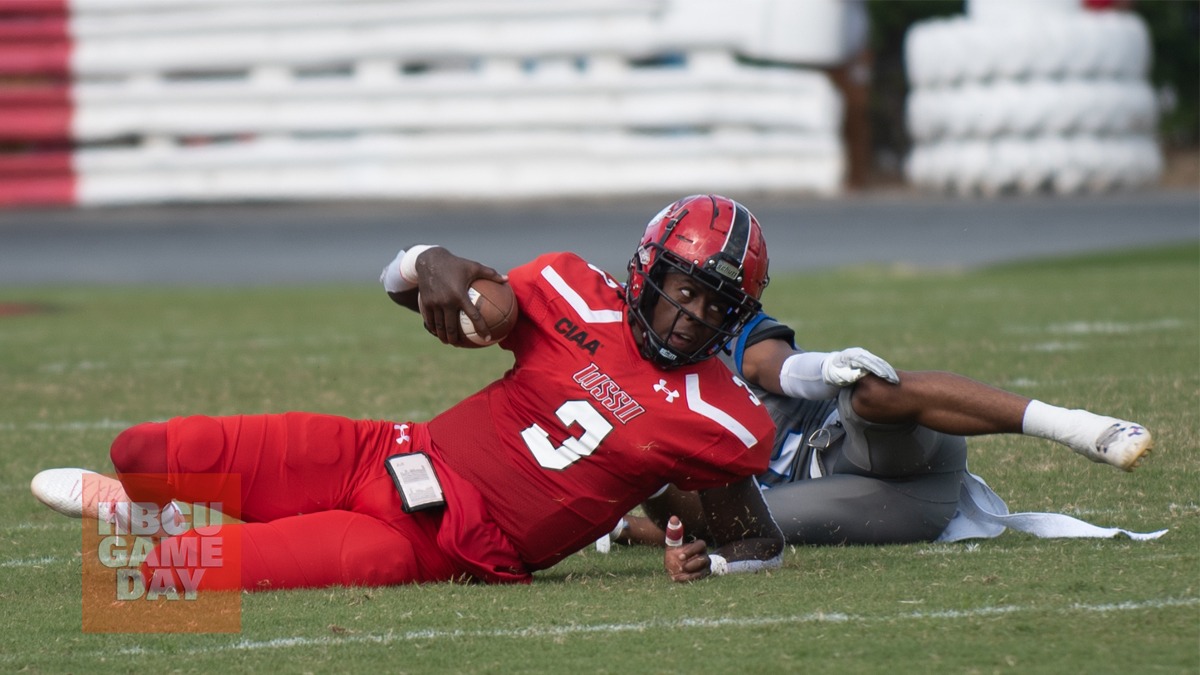 Week Five is another critical week for CIAA football. Here are five things that have proven to be true in the conference through September.

It’s hard to believe, but we’re headed into Week Five of the 2021 CIAA football season.

Here are few things to watch in this week’s CIAA football action.

Bowie State isn’t as flashy of a team from the last few seasons, and some of that has to do with the defense.  Defense isn’t flashy, but it wins a lot of games. BSU is second in the country in total defense with 158 yards per game, and that’s with playing historically above-average competition. Other noteworthy statistics include averaging 3.75 sacks per game, good for second-best in the conference and 14th in the nation.  The defense has been great keeping opponents out of the endzone too, as it has only allowed 16 points a game.  That average is even better when evaluating only Division II teams (a shade less than 12 points a game).  That type of defense bodes well when going into a key division game vs high-flying Chowan in two weeks.

Chowan has improved on defense

Chowan defensive coordinator Colin Neely has engineered a squad that has the most sacks per game in the conference at 4.75.  The offense is also very good, with quarterback Bryce Witt being a legit contender for national recognition should his strong play continue.  WSSU’s defense looms as a solid test this week, before the difficulty really ramps up against Bowie State.

But both Bowie and Chowan are heavily penalized

Bowie State has committed infractions worth 465 yards or 116 yards per game.  Chowan is even worst at 479 yards or 120 yards a game.  This obvious weakness means that the offense and defense are working harder than they need to.

The bottom of CIAA football is brutally bad

Winston-Salem State, Livingstone, Lincoln, St. Augustine’s, Virginia State, and Johnson C Smith.  This race to the bottom looks even uglier when you consider that the gap between the top echelon of teams in the conference and this group is relatively wide.  For example, four of the schools are among the 10 worst in total offense. Lincoln averages a safety’s worth amount of points on offense, with three other schools barely scoring around 10 points.  It’s not on the defense either.  Lincoln’s defense is much improved, giving up 314 yards a game, and WSSU’s defense is characteristically above average, as the Rams are surrendering under 300 yards a game (as in, it’s top 25 in the country in that category). The problems surrounding the winless schools is mostly the lack of offense.

Most of the bad play is in the CIAA South

Fayetteville State and Shaw emerged as the only winners in the six-game clash between the directional divisions.  Expect more of the same this week, with Elizabeth City State aiming for its first two game win streak since 2017.  Moreover, Virginia State or Saint Augustine’s will end the dubious distinction of being in the winless club after their game this weekend.