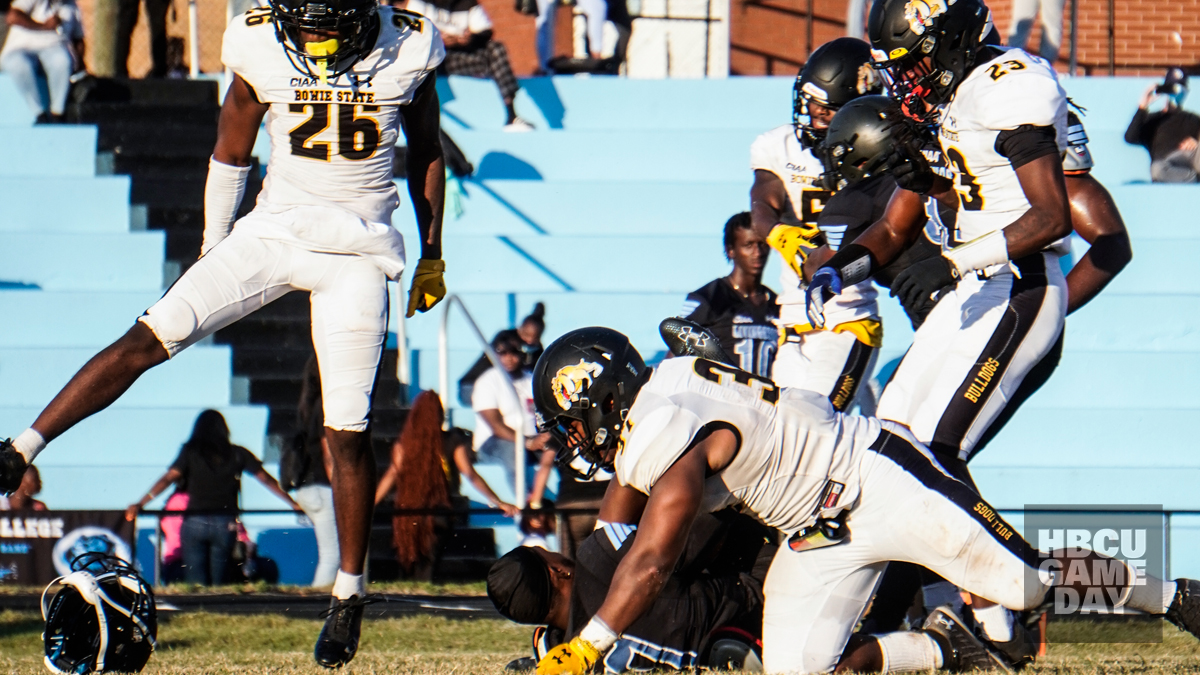 The last time Bowie State blanked their opponent was against Johnson C. Smith, 52-0 on Sept. 10 in Bowie, Md.

The victory improves the Bulldogs overall record to 3-1 and 1-0 in league action while the Blue Bears remain winless at 0-4 overall and 0-1 in the CIAA.

The Bulldogs wasted no time getting on the scoreboard. In fact, BSU scored three touchdowns in the opening quarter ignited by a 27-yard reception touchdown for redshirt sophomore Quron Winder (Baltimore, MD) just four minutes into the contest.

Moments later, senior Ja’rome Johnson (Washington, D.C.) blistered through a host of Blue Bears for a 31-yard scamper into the endzone at the 7:20 mark while a 14-yard reception touchdown for senior Montez Clay (Baltimore, MD) capped off the Bulldogs 20-0 lead after one complete quarter.

Bowie State carried that same energy in the second quarter as senior Calil Wilkins (Temple Hills, MD) extended the Bulldogs lead with a seven yard rushing touchdown with 13:15 left in the first half.

It’s no surprise BSU is ranked second in the nation for defensive touchdowns because the Bulldogs extended that stat line when redshirt sophomore Jordan Carter (Lackey, MD) recovered a fumble for a 45-yard touchdown – which provided Bowie State with a 33-0 advantage over Livingstone at halftime.

Johnson went 8-for-18 for 146 yards and two touchdowns, as the Bulldogs put up 336 yards of total offense. Wilkins aided 70 yards on 20 carries and a touchdown to lead the rushing unit while Winder charted 41 yards on two catches and a touchdown.

Next week, the Bulldogs will host the Golden Bulls of Johnson C. Smith on Saturday, Oct. 2 for the 2021 Homecoming tilt. Kickoff is slated for 2 p.m. at Bulldogs Stadium.