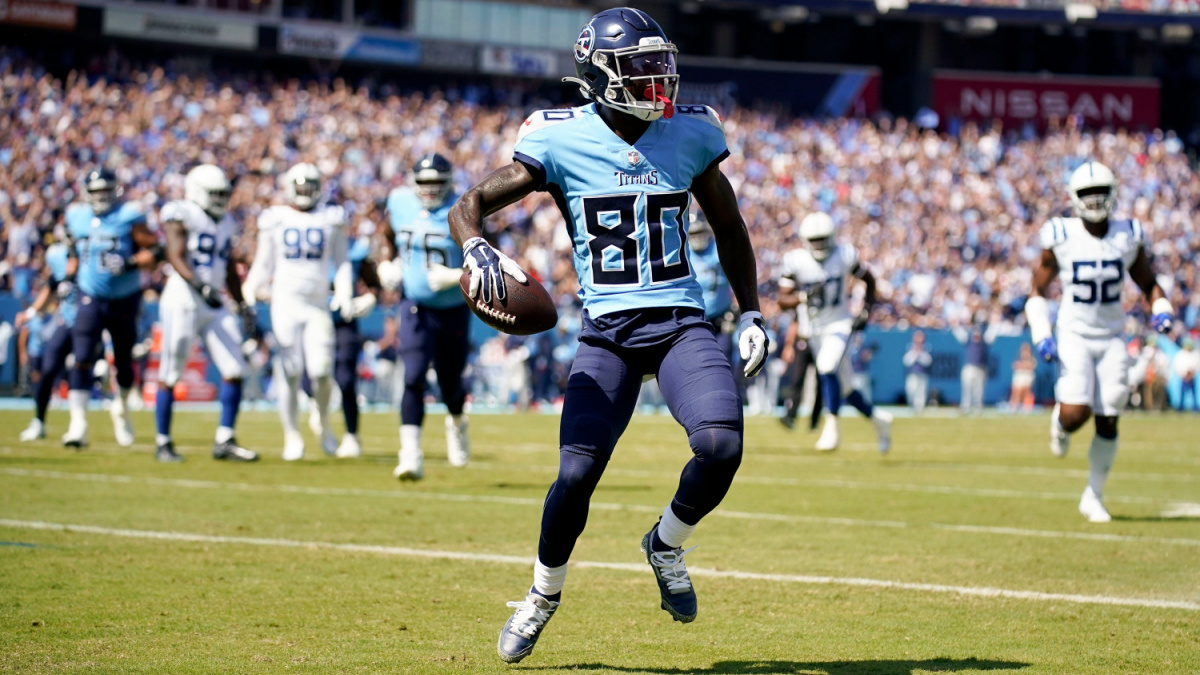 Chester Rogers scored his first touchdown with the Tennessee Titans off of a 6-yard pass from Ryan Tannehill on Sunday afternoon.

Chester Rogers scored his first touchdown with the Tennessee Titans off of a 6-yard pass from Ryan Tannehill on Sunday afternoon. The Titans cruised to a 2-1 record after taking down Roger’s former team in the Indianapolis Colts.

Rogers signed with the Titans as a free agent in 2020 after spending four seasons with the Colts out of Grambling State University. He scored five touchdowns and averaged 11 yards per reception over his four years with the team. The receiver is now making a name for himself in Tennessee.

THE TITANS ARE LOADED

The biggest question was how Rogers could impact an offense loaded with weapons. The Titan’s offense has been built around their All-Pro running back Derrick Henry for a while. Henry is beginning his 6th NFL season and has already passed 6,000 yards rushing. The Titans then added future HOFer Julio Jones to their receiving core after a trade with the Atlanta Falcons. The Titans also have a young All-Pro receiver in A.J. Brown who logged 11 touchdowns on 1075 yards last year.

Chester Rogers has been getting his share of touches despite the star-studded talent around him. He led the team in receiving yards in week one with 62 yards on four receptions against the Arizona Cardinals. While Julio Jones gets double-teamed often, Rogers continues to find opportunities to get open.