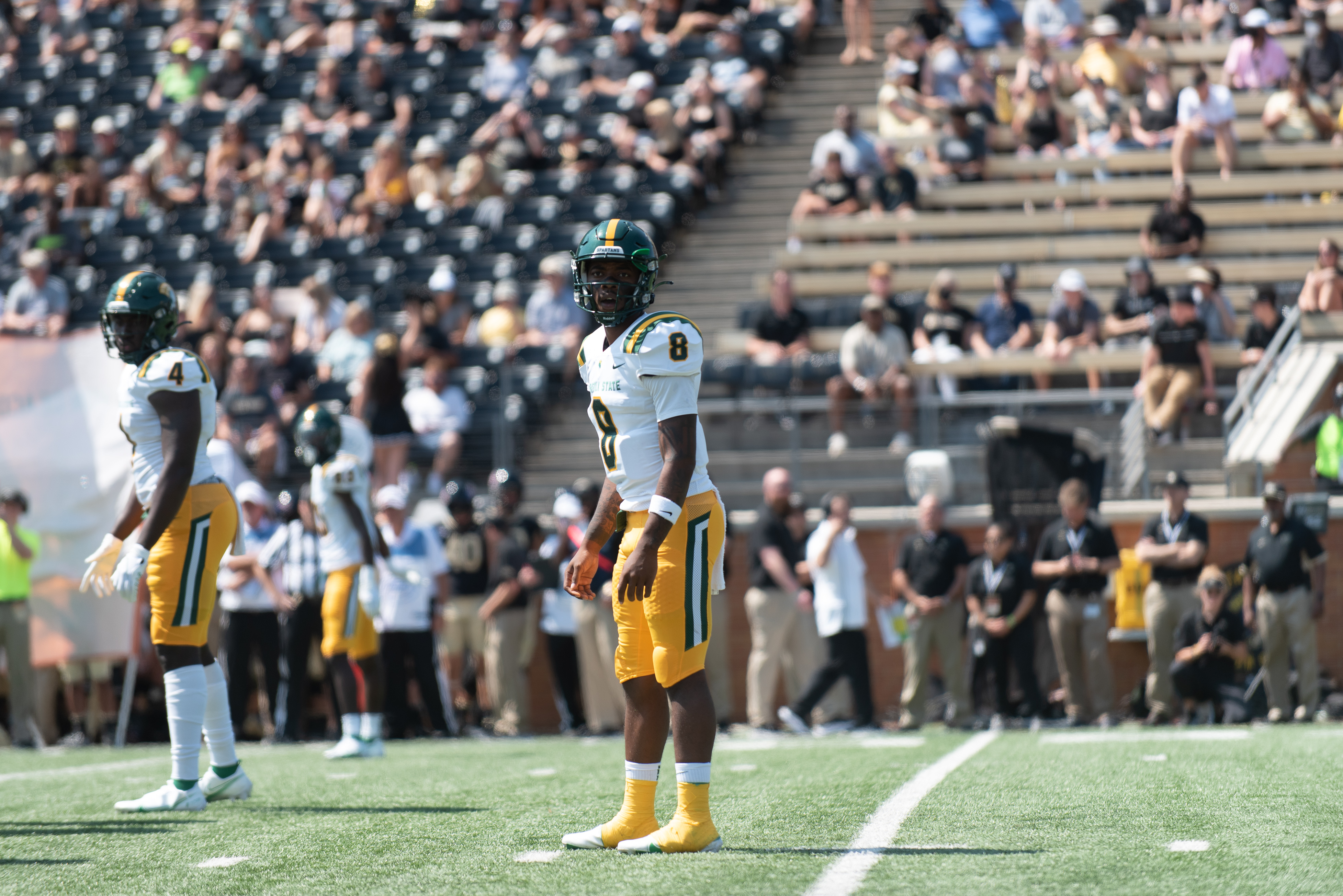 The Norfolk State Spartans took down the St.Francis Red Flash at DeGol Field on Saturday afternoon.

The Norfolk State Spartans took down the St.Francis Red Flash 28-16 at DeGol Field on Saturday afternoon. This marked the first meeting between the two programs and the Spartan’s first-ever game with a current Northeast Conference School.

St. Francis led for the entire first half after quarterback Jyron Russell found Kahtero Summers for a 17-yard touchdown early in the first quarter. Norfolk State running back Rayquan Smith found the endzone on a 1-yard run to put the Spartans on the board. The Red Flash raised the score to 10-7 after a successful field goal attempt.

THE SPARTANS TAKE OVER

Norfolk State took over in the second half after Juwan Carter rushed for a 4-yard touchdown early in the third quarter. This brought the score to 14-10. The Spartans followed up with a 7-yard touchdown pass from Carter to receiver Justin Smith to raise the score 21-10. The Red Flash answered with a 2-yard touchdown from Justin Sliwoski to Brandan Lisenby. This brought the score to 21-16 after a missed point-after attempt. The Spartan’s Juwan Carter ended the game with a 25-yard bomb to Anthony Williams for the final score of the game. The successful point-after attempt finalized the score at 28-16.

St. Francis falls to 1-3 while Norfolk State rises to 2-2 after their comeback win in Pennsylvania. The Spartans will head to Virginia next Saturday to take on the Big South’s Hampton Pirates.