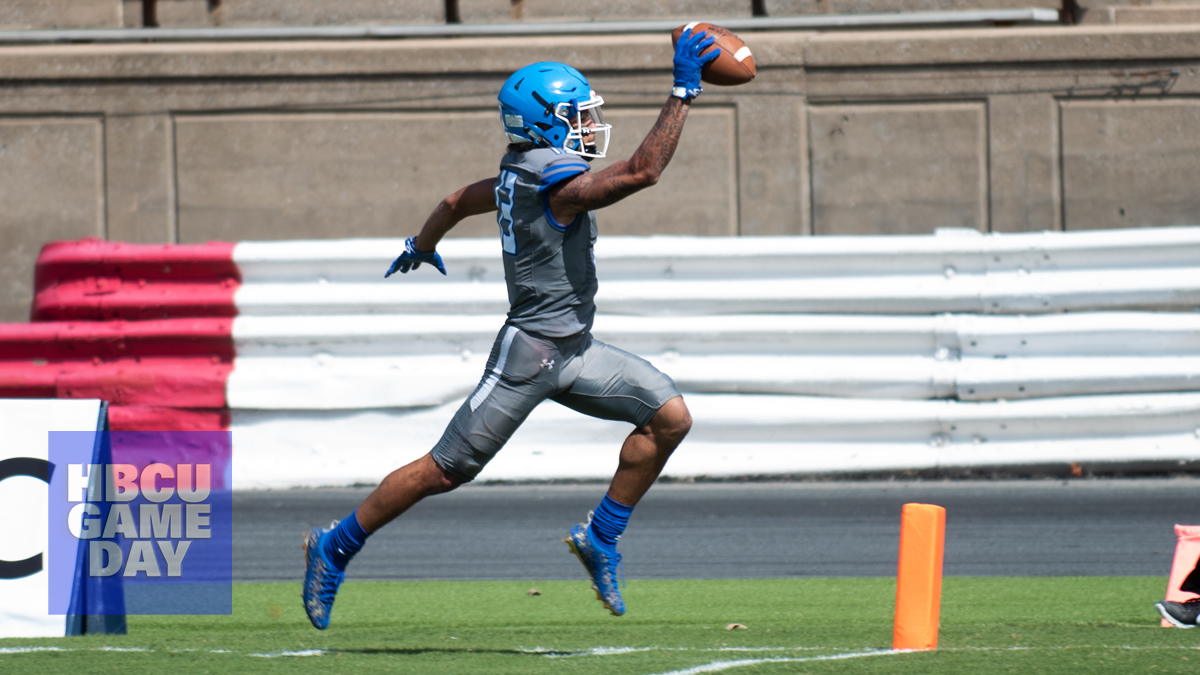 Elizabeth City State came into Winston-Salem winless and emerged with its first win over its in-state CIAA foe since 2002.

WINSTON-SALEM, NC — Elizabeth City State came into Winston-Salem State winless and left with its first win since Oct. 2019, and its first win over WSSU in nearly a decade.

Kevin Caldwell threw two touchdown passes and ran for another as ECSU picked up its first win over WSSU since 2002. Caldwell finished 20 for 38 passing. He also threw three interceptions.

The Vikings set the tone on the first play of the drive. They went on an 18 play, 80-yard drive that included fourth-down conversions on a three-yard run by Caldwell and a pass interference penalty that set up Caldwell’s one-yard plunge into the end zone.

ECSU would add to its lead late in the second quarter. It capped a seven-play, 77-yard drive with a 33-yard touchdown pass from Caldwell to Cameron Sanders. The missed extra point gave ECSU a 13-0 lead heading into the half.

WSSU would finally get on the board in the second half with a quarterback sneak by Cameron Lewis with 9:44 remaining in the third quarter to cut the lead to 13-7. An early fourth quarter interception by Taeyon Reynolds would give ECSU a short field and it converted a fourth and goal with a 21-yard touchdown pass to Brandon Joyner to take a 19-7 lead.

The Rams regrouped with a four play, 50-yard drive that culminated in an Andrew Hayes touchdown run from eight yards out. The Vikings milked the clock and the Rams attempt a Hail Mary pass was picked off by Elijah Baliff to seal the game.

WSSU outgained ECSU 272-256, but was limited to just 69 yards of passing and committed seven penalties for 109 yards.

Elizabeth City State will return home to face Livingstone next weekend while WSSU will travel to Chowan.