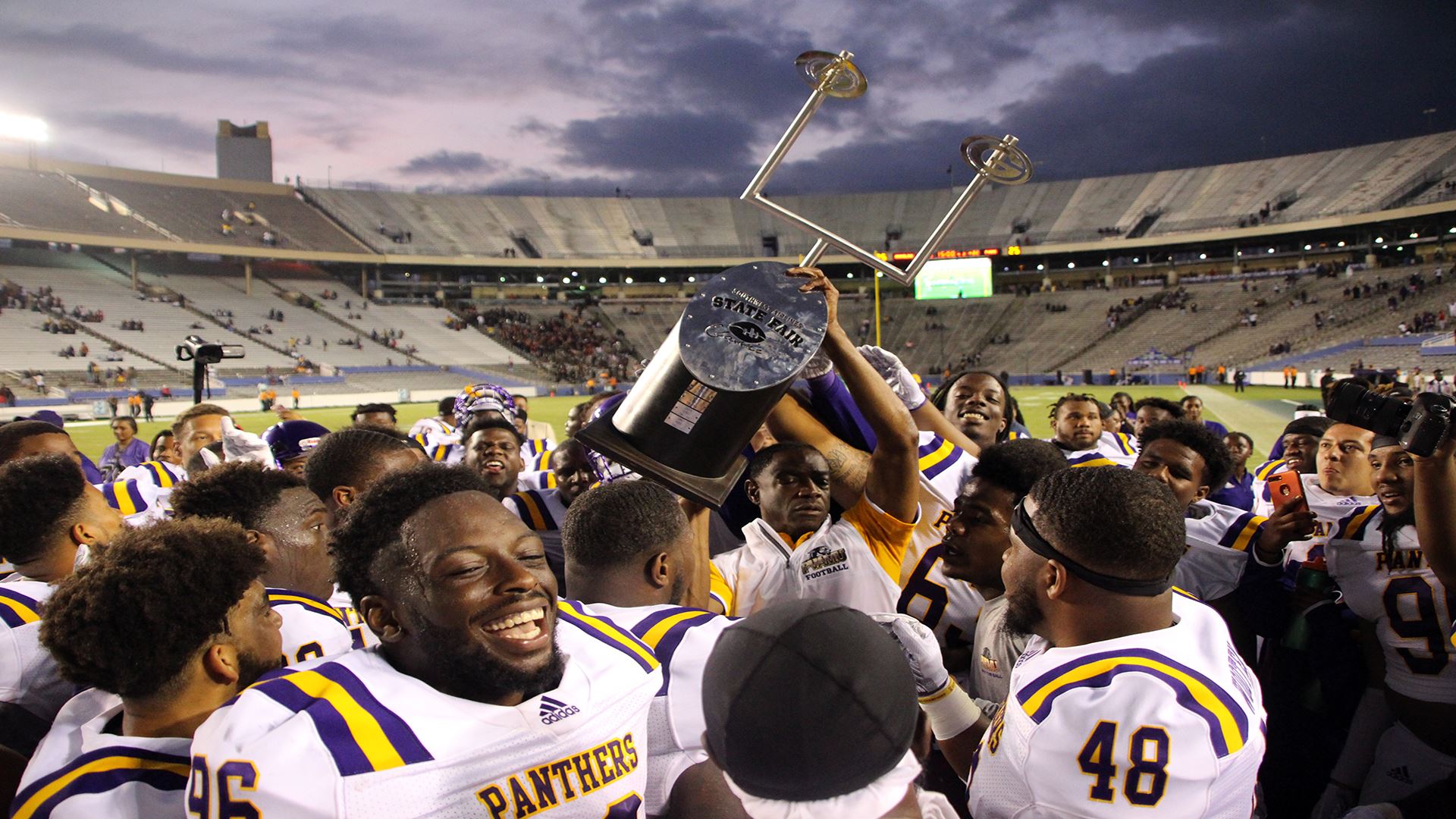 Bethune-Cookman at Arkansas-Pine Bluff kicks off Week 4 Thursday but there are several other key SWAC contests including Saturday’s State Fair Classic at the Dallas Cotton Bowl (Grambling State vs. Prairie View A&M) that draws over 50,000 fans.

The HBCU Football Rundown for Week 4 features 27 games. Ten of the 27 are being streamed.

The hottest action is in the SWAC where coaches with plenty of history will be facing off.

It can be said, familiarity breeds competition!

The sorting out of the East and West Division races in the SWAC takes another turn this week with some critical games.

In a West Division tussle Saturday, Grambling State (1-2) goes up against Prairie View A&M (2-1) at the State Fair Classic in Dallas (4 p.m. CT) at the Cotton Bowl. The game matches another two coaches with great familiarity with each other – Grambling’s Broderick Fobbs and PV A&M’s Eric Dooley.

New blood for the Panthers

This year Dooley has brought in a new quarterback with a hot hand, 6-4, 220-pound Louisville transfer senior Jawan Pass, to run his high-octane offense.

Pass has thrown for nearly 300 yards per game (898) and six touchdowns, topping the 300-yard mark in each of the Panthers’ wins with a combined five TD tosses. Between those two wins, he was picked off three times in a loss to Incarnate Word.

Fobbs has meanwhile played junior quarterbacks Aldon Clark and Elijah Walker almost equally while searching for one to take charge of the job. They have combined to pass for just 182 yards and one TD in three games.

Grambling’s biggest job, it seems, will be to slow down Pass.

In an early season East Division battle, Alabama State (1-1) hosts Bethune-Cookman (0-3, 0-1) at 5 p.m. CT Saturday (on ESPN+). B-CU is coming off a close 30-27 loss to defending E. Div. and conference champion Alabama A&M last Thursday in its first-ever game as a SWAC member.

Coaches Terry Sims of B-CU and Dr. Donald Hill-Eley of Alabama State also have plenty of history. Hill-Eley’ spent 12 years (2002-13) as head coach at Morgan State in the Mid-Eastern Athletic Conference and faced Sims when he was the assistant head coach at B-CU from 2010-14. Sims became head coach at B-CU in 2015.

Alabama A&M (2-0), the defending conference champion and early leader in the SWAC East puts its unbeaten record on the line in a non-conference game vs. Tuskegee  (1-2) in Mobile, Al. (4 p.m. CT).

The Mid Eastern Athletic Conference is in the middle of its six-game non-conference schedule before it goes down the stretch with league play.

The most watched outcome this week will likely be Saturday’s match up of fierce old MEAC and CIAA rivals N. C. Central and N. C.  A&T in Greensboro (6 p.m. ET).

The schools are separated by just 45 miles on I-85 and have a rivalry as intense as any in HBCU football. Two years ago A&T handed NCCU, in its first year under head coach Trei Oliver, the worst beating in the history of the series, 54-0 in Greensboro.

It’s not a whipping that Oliver or the Eagles are likely to forget. NCCU comes in at 2-1 while NC A&T (0-2), who has shifted to the Big South Conference, is looking for its first win.

It will be intense.

Most of the CIAA games are inter-conference tussles between North Division and South Division teams with teams from the South playing as hosts.

The SIAC has a mixture of inter- and intra- divisional games.

Benedict vs. Kentucky State in Indianapolis, IN 1 pm CT