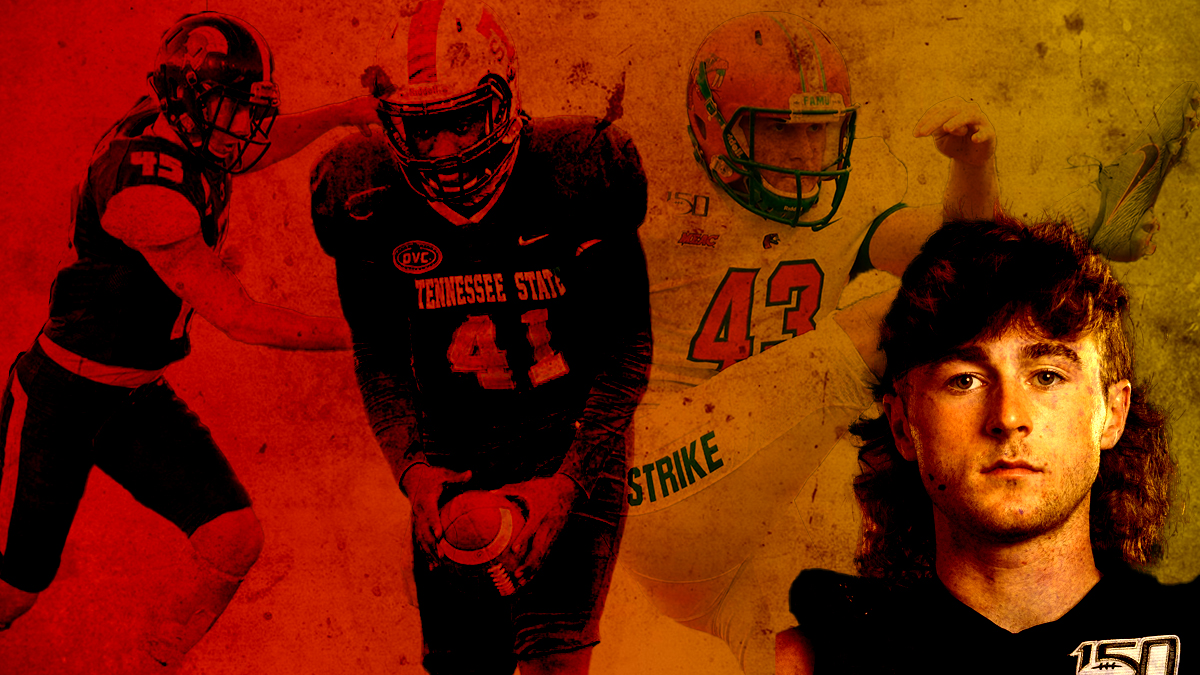 Four of the 20 players on the initial FCS Punter of The Year Award are HBCU Punters, adding onto a great legacy.

The term HBCU punters may not mean a lot to most people — but judging by the latest watch list — it should.

The FCS Punter of The Year Award, presented by the Augusta Sports Council, released its initial 2021 watchlist. A total of four HBCU punters were on the list of 20 names on it. Alabama State’s Aubrey Grace, Florida A&M’s Chris Faddoul, Tennessee State’s Kaleb Mosley and Norfolk State’s Ryan Richter were the HBCU representatives on the list.

Grace is a freshman at Alabama State. He saw his first action this spring, finishing the season with 28 punts for 1,150 total yards. He averaged 41.7 yards per punt and booted a long of 57. He forced three fair catches and had seven land inside the 20, while he finished the year with nine punts of 50 yards or more. The freshman finished second in the conference in punting average and first in punts of 50 yards or more, and he finished 20th in the nation in punting.

Faddoul, a redshirt senior, is recognized as one of the nation’s best punters after finishing 2nd in the nation for yards per punt in 2019. Faddoul was also listed as a 2020 William V. Campbell semifinalist, 2020 STATS FCS All-American, 2020 All-MEAC Preseason Team, 2020 HERO Sports All-American, and 2019 AP All-American.

Mosley averaged 35.9 yards per kick, forcing six fair catches during the spring season. The Montgomery, AL native led the Ohio Valley Conference with a 42.2 yard per punt average during the 2019 season.

Rounding out the HBCU list is Richter. Richter was voted to the preseason All-MEAC first team last month and earned third-team All-MEAC accolades following the 2019 season. That year, he ranked third in the MEAC in punting average, at 39.7 yards per attempt. That is the fourth-best single-season average in school history.

HBCUs have a history of producing great punters. Florida A&M’s Greg Coleman and Fort Valley State’s Marquette King are two outstanding examples of that tradition. Perhaps one or more of these young men will be the next to add to that legacy. Winning this award would be a start.