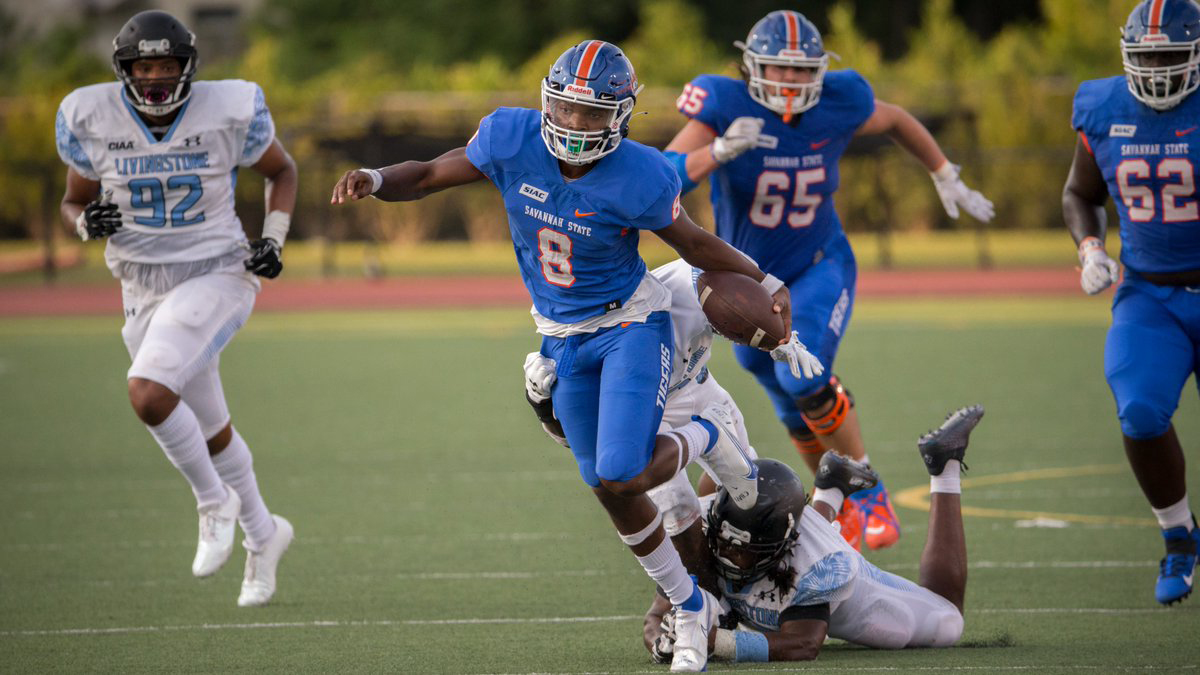 Has SIAC football finally figured out the CIAA?

After losing the head-to-head matchup with its Division II HBCU counterpart, the SIAC has had the upper-hand on the CIAA in 2021.

You may not have noticed, but the SIAC is perfect against the CIAA this year.  While much of the two conferences’ playoff-focused have played out-of-conference teams, some of the other schools have focused on crossover matches with the other D2 HBCU conference.

Particularly noticeable is that three CIAA schools, Johnson C Smith, Elizabeth City State, and Livingstone (affectionately known as JEL for this analysis) and three SIAC schools, Benedict, Central State, and Allen, (CAB) have focused on crossover play. Here’s how the CIAA has fared against the SIAC from 2014-2019:

*All the SIAC results includes current members Allen and Edward Waters, even though they just joined the conference in 2021.

There are some noteworthy points to this year’s schedule.

The parity in games have led to lots of drama, as three of the four games have finished with a margin of victory of less than two scores. What’s particularly interesting is how Allen has actually played.  The Yellow Jackets have two straight wins against the CIAA, and have shown to have a watchable offense.  Central State has struggled against the CIAA; nonetheless, it picked up a win against Lincoln (PA), whom arguably is the school struggling the most amongst the two conferences.

The conference vs. conference matchups are not done for this year.  Shaw hosts Central State, and Allen aims for its third win in a row against the CIAA when it hosts Livingstone this Saturday. While the outcomes for those games are not certain, what is certain that the SIAC has a a big leg up in 2021.

Games like these are even more reasons why the two conferences should collaborate for a scheduling alliance to fill future out of conference schedules.

Has SIAC football finally figured out the CIAA?