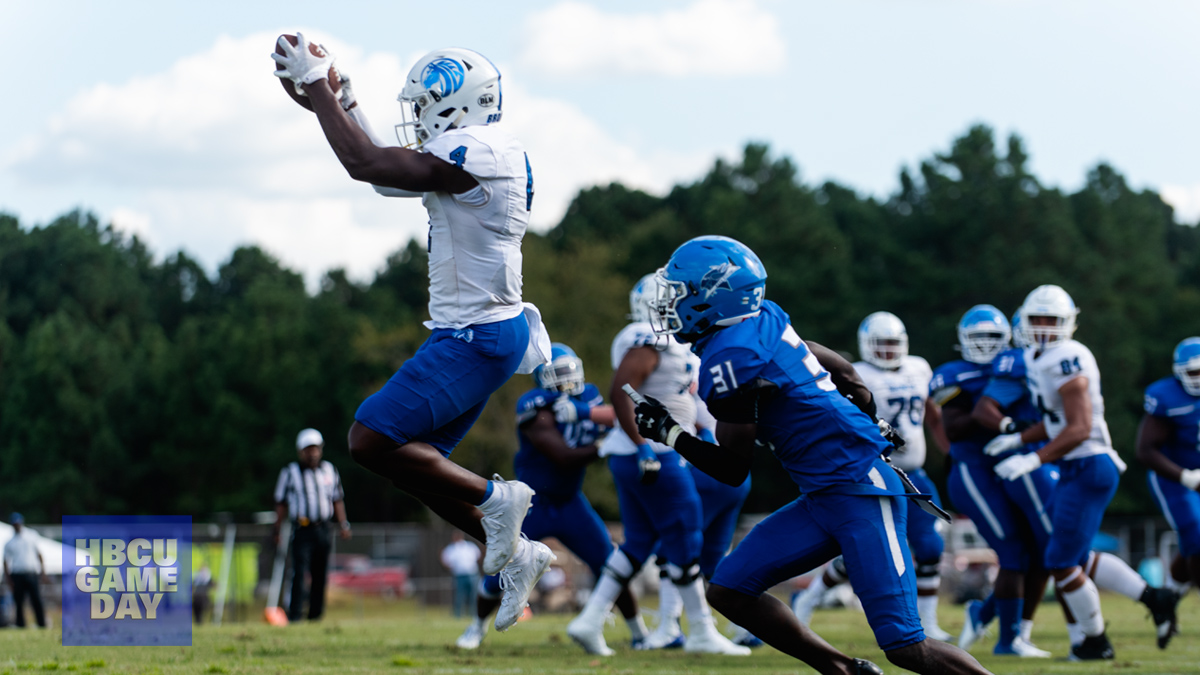 Should your CIAA football team panic after Week One

CIAA football launched this past weekend to much fanfare. Some teams picked up from 2019, while others stumbled out of the gate.  Let’s break up the schools’ performance into three groups.

Fayetteville State dominated Elizabeth City State.  FSU flaunted its depth at running back, with four running backs making meaningful contributions. Most notably, FSU scored on all six red zone trips. Defensive Lineman Keyshawn James (11 tackles, 6 Tackles for Loss, 3.5 Sacks) really punished the Elizabeth City State offense, while defensive back Joshua Williams had a pick-six.  The only negative for FSU in this game is ball security, with three fumbles and one lost fumble.  That lack of security could be costly against a more potent opponent.

Bowie State found itself down 19-0 to Delaware State after the first quarter, but then settled down to outscore DSU 24-6 over the next three quarters.  Losing by eight points is a pretty good feat for any squad playing up a division, even if the defeat stings (no pun intended) for the BSU faithful that’s used to winning.  Bowie certainly outgained Del State 345-191, but it also had to make up for a lot…A LOT…of miscues.  Quarterback Ja’rome Johnson threw more interceptions (four) than touchdowns (three), and also was responsible for one of two fumbles lost.  Johnson also had to take on five sacks. Plus, BSU committed a lot of penalties (13 penalties for 130 yards) that stalled their drive or extended DSU’s drive. Still, there’s a lot to feel good about in this game. All that, and they still only lost by eight points! K Alen Omerhodzic is now the heir to the kicking throne, and made a 36 yard field goal.  Defensive Back Demetri Morsell scored again, and BSU offset its 30 percent third down conversion rate with a two-for-three effort for fourth down. Next up – Hosting Saginaw Valley State (1-0) from the Great Lakes Intercollegiate Athletic Conference on September 11.

Chowan won against Mars Hill in overtime, but it didn’t have to be this way.  Chowan’s raced to a 24-7 lead, and slowly get Mars Hill back into the game.  The CU defense allowed Mars Hill to score on the last drive of regulation to tie the game, before standing tall in overtime.  Quarterback Bryce Witt has two reliable targets now, with wide receiver Laurence King joining Imeek Watkins and proving dangerous catching the ball and returning punts.  Nonetheless, any Chowan fan has to feel good about how the defense played after last year’s inability to stop much of anything opponents threw at them.  Cleanup areas include penalties (11 for 75 yards), as some penalties allowed Mars Hill to extend drives. Next up – Traveling to Tusculum (1-0) from the South Atlantic Conference (SAC) on September 11.

Virginia Union found itself locked into a 21-all stalemate with Hampton to begin the fourth quarter before being outscored 21-7 in the fourth quarter. The star of the show on offense had to be wide receiver Charles Hall (6 receptions, 182 yards and a touchdown). This game was nothing more than Hampton wearing down Union (611 yards of offense, combined with 10 for 14 on third-down conversions), and should serve them well going into this week with just as tough of an opponent. Next up – Hosting #6 Valdosta State (1-0) from the Gulf South Conference on September 11.

Struggling out of the gate

Virginia State struggled mightily against top 10-ranked Lenoir-Rhyne.  I wouldn’t panic just yet, as VSU is breaking in a new quarterback (or two), and has a stable of running backs that should serve the offense well as the season goes on.  Yes, L-R scored a lot of points, but that was a very seasoned team that played in the spring and not so much an indictment of VSU’s defense at this point in the season. VSU will need to figure things out quickly, because their next opponent is just a slightly less potent version of what they faced this past week. Next up – Traveling to Ohio Dominican (0-1) from the Great Midwest Athletic Conference

Shaw was the team that succumbed to Wingate, though it was a better showing (30-7) than a couple of years prior.  The offense just couldn’t sustain drives, and its passing game (74 yards) wasn’t quite there. It was nice to see linebacker Devon Hunt on the field leading the charge.  Shaw has higher aspirations, and this game is best seen as a good measuring stick.  Next up – Traveling to Davidson, a FCS member.

Yes, its early. Yes you should be worried.

Elizabeth City State was on the wrong end of Fayetteville State’s thumping.  How bad was it for ECSU? Five players registered negative rushing yards, the offense registered negative rushing yards overall.  The time of possession was about even between the two teams, but FSU gained quadruple the amount of total offense in the same time. Ouch. Next up – Hosting former CIAA member Bluefield State (0-1) which hung tough in its first game in over 41 years.

Livingstone lost to a Clark-Atlanta squad, but showed quite a bit of promise that may allow them to avoid the CIAA South basement.  The defense looks really stout, but offense and special teams really put them in some tough spots with 3 and outs and turnovers. The Blue Bears will need to learn to finish drives if they want to challenge for even the middle of the pack in their division. Oh, and check the penalties too. Next up – Traveling to SIAC-East favorite Savannah State.

St. Augustine’s resided on the Struggle Bus for long stretches at a time.  Tusculum’s defense ran all over SAU, and averaged 6.7 yards a carry.  Not a good statistic when much of the CIAA loves to run. SAU also didn’t convert a single third down, although it did convert two fourth downs.  The defense was just on the field too long, like eight minutes more than the offense.  Yikes. This week isn’t going to be any easier. Next up – Traveling to Limestone from the SAC.

Lincoln laid an egg in a shutout loss to Lock Haven.  Lock Haven is a perennial bottom feeder in its conference, and that alone speaks volumes about Lincoln’s continued offensive struggles. Lock Haven scored its three touchdowns because of some special teams miscues and turnovers gave them a really short field. Two of the scoring drives were less than 30 yards.  It’s going to be a long season for Lincoln. Sigh. Next up – Hosting SIAC member Central State (0-1).

Should your CIAA football team panic after Week One