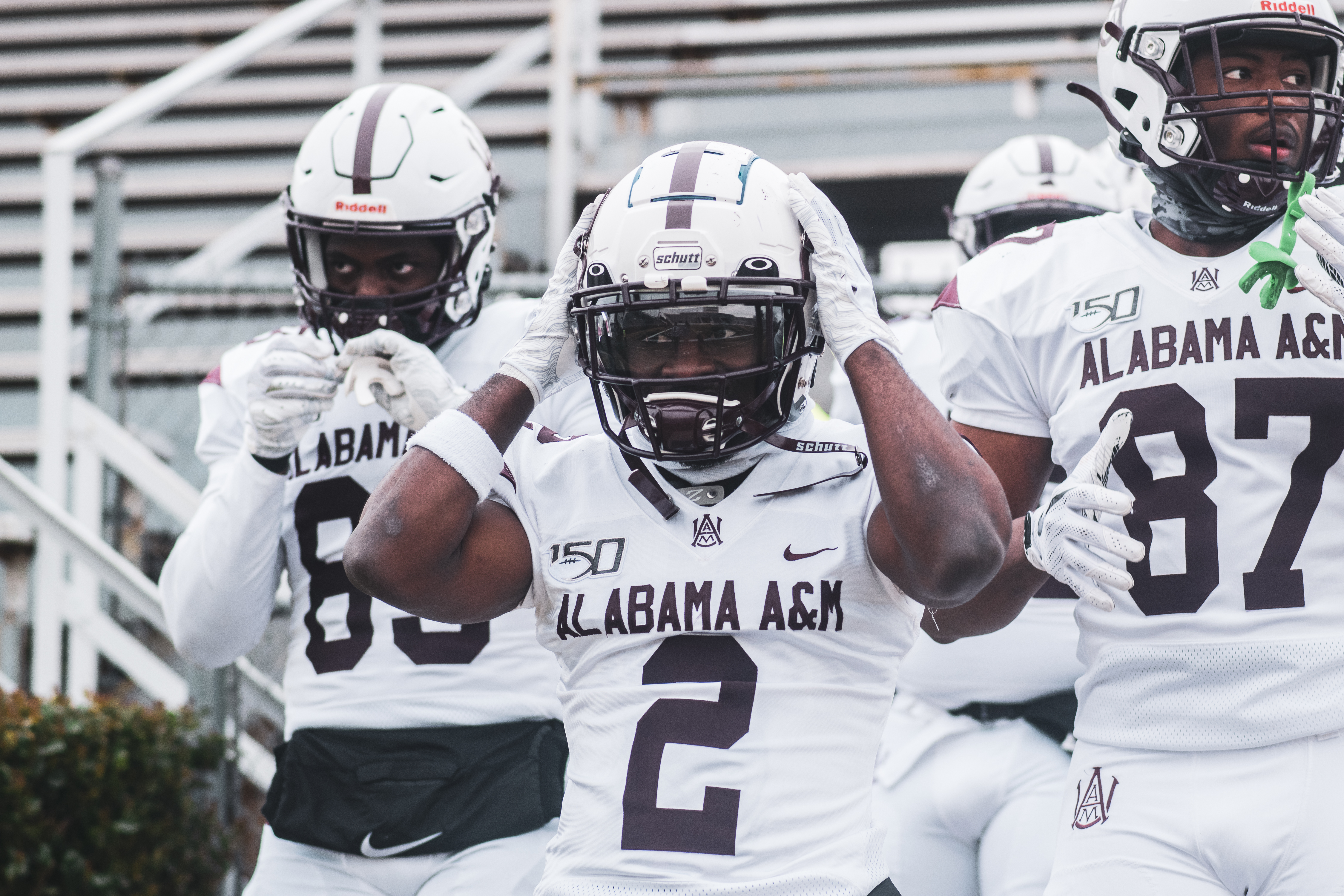 Alabama A&M and South Carolina State kept the scoreboard operators busy all night, but Aqeel Glass and Co. pulled out the win.

If the first game between Alabama A&M and South Carolina State in 2021 was underwhelming, the encore was a smash sequel.

The matchup between two of the top teams in the MEAC and SWAC was a wild shootout that ended up in a 42-41 win for AAMU. The game was not decided until the final minute when AAMU’s Trenel Troutman picked off a Corey Fields pass and returned it 50 yards with just 17 seconds remaining.

Alabama A&M quarterback Aqeel Glass picked up where he left off in the spring with a dazzling performance at the quarterback position. The senior completed 28 of his 49 passes for 426 yards and four touchdowns. He also scored the go-ahead touchdown, a one-yard plunge into the endzone, giving his team the one-point margin it needed to come out on top.

AAMU running back Shelton Quarles had a standout performance as well, running for 129 yards on 22 attempts (5.9 ypc) and one score while hauling in two passes for 20 yards.

SC State’s attack was heavy on the ground as it picked up 242 yards and four touchdowns in the running game. Kendrel Flowers rushed for 80 yards and three scores, while Alex James added 70 of his own. Fields rushed for 89 yards at the quarterback position, with most of it coming on a 54 yard scamper that ended in the end zone. That score gave SCSU a 38-35 lead late in the third quarter, which it would expand to 41-35 on a field goal with 8:24.

AAMU responded to that field goal with a six-play, 55 yard drive that ended with Glass scoring on the ground. SCSU was attempting a go-ahead field goal when Fields had his second pass of the day picked off.

AAMU will get a week off before returning to face new SWAC member Bethune-Cookman University on Sept. 18. SC State will have to get over this loss and prepare to face a Clemson team that is also 0-1 after a loss to Georgia.