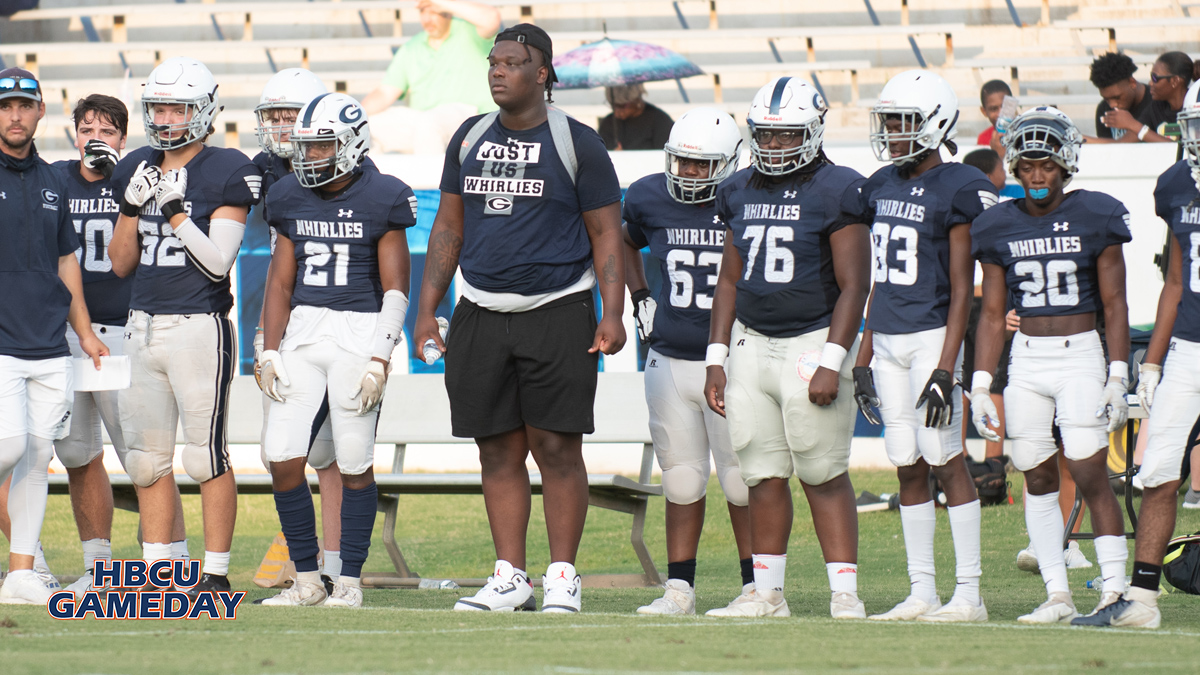 Travis Shaw still has A&T on list as decision nears

North Carolina A&T may be looked at as a long-shot to land five-star DT Travis Shaw, but its still on the board.

Travis Shaw is set to make one college football program very happy — and there is a chance that an HBCU could be it.

The five-star defensive tackle out of Greensboro, NC is announcing his college commitment on on Saturday. The schools in the running are the University of North Carolina, Clemson, Georgia and North Carolina A&T.

While many recruiting “experts” have him going the Power Five route, the fact that he has an HBCU in the running is a pretty big deal.

I went out to a scrimmage at Grimsley High School to see him for myself on August 6.

He was — hands down — the biggest prospect on the field, literally and figuratively. The rising senior didn’t participate on Friday night, but he stood out (hard not to do that when you are 6’6, 310 pounds) and made his presence felt throughout the evening by verbally intimidating opponents and encouraging his teammates.

Though disappointed not to see the big man in action, I did come across a few other prospects of note.

Shaw’s teammate Alonza Barnett III, has already made his choice. After receiving offers from Florida A&M, North Carolina Central and North Carolina A&T as well as a few FBS schools, he decided to commit to James Madison. Had he have gone to A&T, he would have followed in the footsteps of his father, Al Barnett, who played for Bill Hayes at North Carolina A&T.

Watching Barnett play on Friday night, it was easy to see why FCS HBCUs wanted him to come play for them. Cool, calm and collected, he looked every bit the senior quarterback with a state championship already in his back pocket that he is.

Barnett is listed at 6’0, 193 pounds. Again, he’s already committed, but we’re a long way off from signing day and even further from actually suiting up for the 2022 college football season. Maybe — just maybe — he ends up at one.

There are some players you can just look at and see the potential for making plays on Saturdays. (See Travis Shaw) Then there are guys like Tyson Resper. Listed at 5’8,  160 pounds, which won’t intimidate anyone on the high school level. But when the ball is snapped, Resper finds a way to get to it. And when Barnett gets it to him, he makes the most of it.

The best way to describe this slot receiver is shifty. His elusiveness combined with his 4.47 speed will make him a threat at the collegiate level as he already is in high school. So far he has just one offer, from Catawba College, a D2 school located an hour down the road in Salisbury, NC. For that reason alone, CIAA coaches should give him some serious looks as Catawba is a frequent non-conference opponent.

As for Shaw, he will announce his decision at Grimsley High School on Saturday at approximately 6:30 PM EST.

Travis Shaw still has A&T on list as decision nears