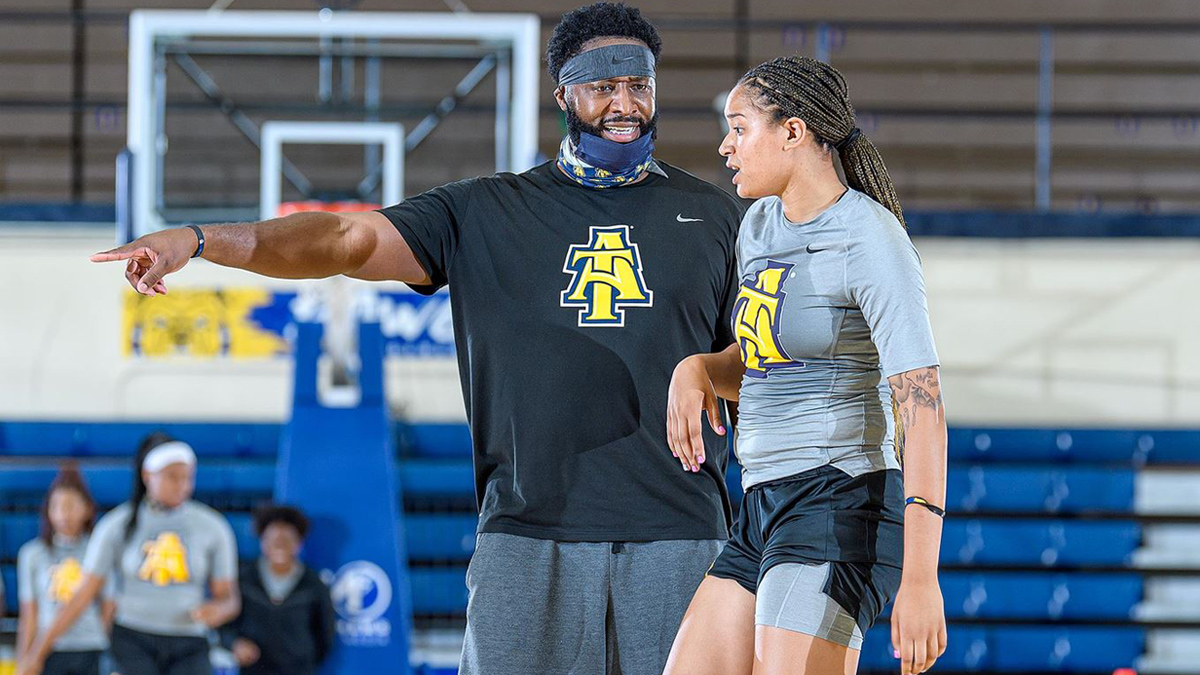 North Carolina A&T has rewarded head women’s basketball coach Tarrell Robinson with a new deal as it heads to the Big South.

“Words can’t express how thankful I am for the support of our Chancellor Harold L. Martin Sr. and Athletics Director Earl Hilton III,” Robinson said. “These two individuals make this place special, and I’m grateful to be in the position I’m in as the leader of our women’s basketball program.”

“As much as we’ve accomplished in my nine years in leadership here, I can assure you the best is yet to come,” Robinson said. “When you add talent with direction, you can have an abundance of success. I think our program is headed in that direction as we enter a new journey in the Big South Conference.”

A&T has posted five 20-plus winning seasons in Robinson’s nine seasons and two 19-win seasons. Also under Robinson, the Aggies have compiled four regular-season conference titles. In 2018-19, Robinson led the Aggies to a 16-0 mark in the MEAC.

Robinson and the Aggies have also made three NCAA appearances, including last season when the Aggies faced N.C. State in the first round and held the lead for the majority of the second quarter. The Aggies had another close call in 2018 when they nearly upset No. 7 South Carolina before losing 63-52 in Columbia, S.C.

Despite all of his success, Robinson has never won coach of the year, and he has never had a conference player of the year. However, Eboni Ross did win MEAC rookie of the year during the 2012-13 season.