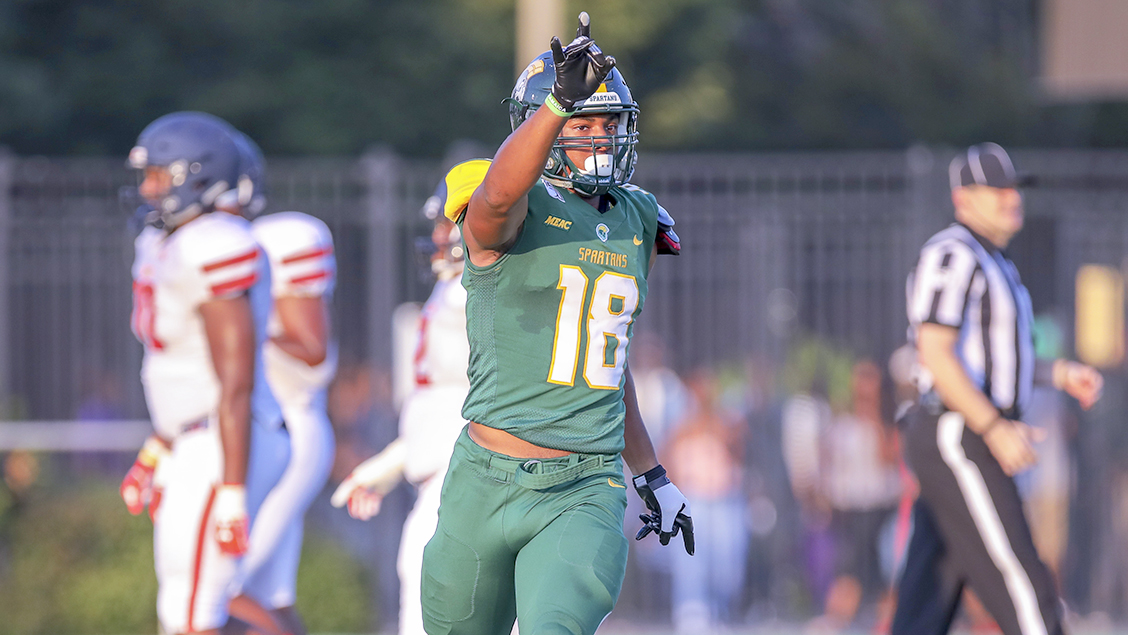 The Reese’s Senior Bowl is the nation’s most prestigious college all-star game. The 2021 game featured 106 total players drafted and 36 selected in the first three rounds of this year’s NFL Draft. The 106 figure represents 41 percent of all players selected in the 2021 NFL Draft.

This year’s game will be held on Feb. 5, 2022 and broadcast on the NFL Network. Practices will be live on ESPN and NFL Network hosts a daily recap show each evening in primetime.

Dixon was recently voted to the preseason All-MEAC first team. As a junior in 2019, he was a third-team All-MEAC choice after leading all Spartan defensive linemen with 61 total tackles. Dixon also posted seven tackles for loss, including 4.5 sacks, and a team-leading seven quarterback hurries. He also deflected three passes and recovered one fumble, which he returned five yards for a touchdown in the win at North Carolina Central.

Dixon is vying to become just the second Spartan to ever be selected for the Senior Bowl. Former Norfolk State All-American Lynden Trail, who played in the 2015 game, was the first. Dixon is one of just two MEAC players to make the initial watch list, along with South Carolina State defensive back Decobie Durant.