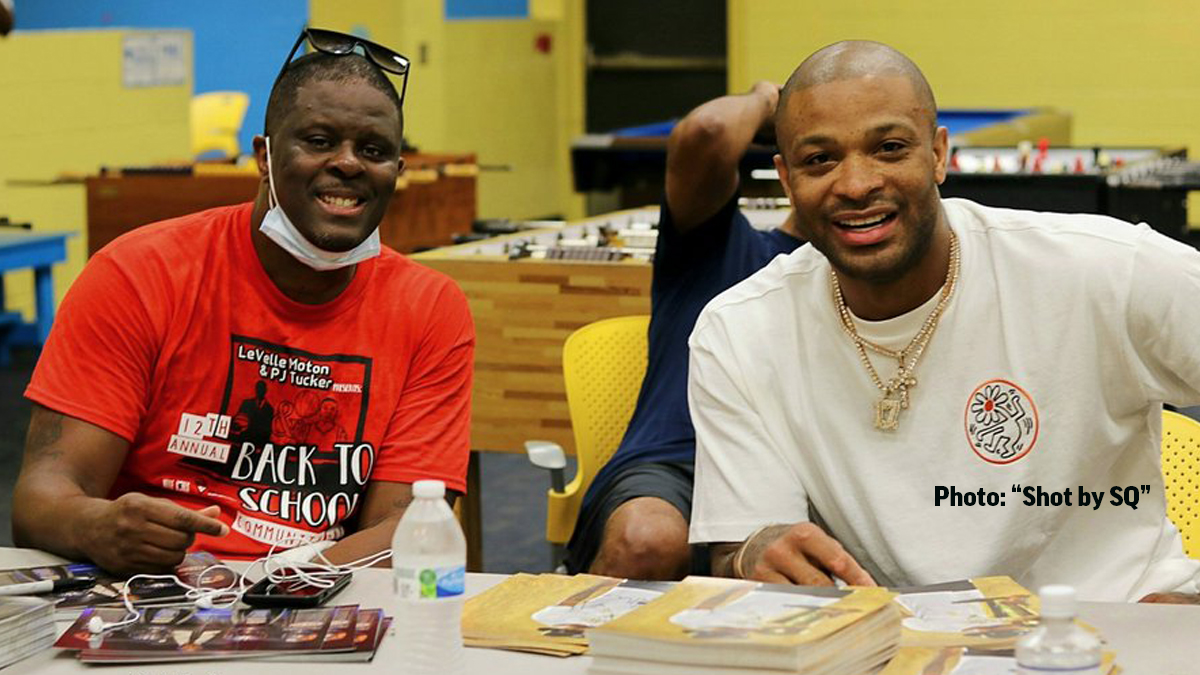 Local kids in Raleigh, NC get free supplies and inspiration

NBA Champion PJ Tucker and North Carolina Central basketball coach LeVelle Moton teamed up for their twelfth annual back-to-school event in Raleigh, N.C. on Saturday. Tucker, now with the Miami Heat after winning a championship in Milwaukee, is a Raleigh native.

More than 1,000 children waited in line for free school supplies at the Raleigh Boys and Girls Club. In addition to school supplies, children were afforded free haircuts and COVID vaccinations to those who were eligible. The event was back this year after missing last year because of the pandemic.

“It’s always a tremendous turnout,” Moton told WTVD television. “When I got here at 9:30, the line was wrapped around the corner. Every year has been that. It’s great to see people are still coming out and still being actively involved in the community. I think we missed all of this due to COVID, and we took all precautionary measures, so it was a great event.”

Both Moton and Tucker grew up playing basketball and spending lots of time at the Raleigh Boys and Girls Club. With Moton a decade ahead of Tucker, they both would star at nearby Enloe High School. In fact, both players had their high school jerseys retired on the same night along with Atlanta Hawks coach and former Enloe Eagle Nate McMillan.

While Tucker is a familiar face in Southeast Raleigh, being an NBA champion adds a little flair to even the familiar. Many friends from the community were there to take pictures and get autographs. Tucker also was honored at a separate welcome home event afterward at Chavis Park in the city.

“In sports, you work so hard, dream your whole life of playing to get to this point, and when you finally get it it’s an unbelievable feeling. I’m just happy to be here,” Tucker told WTVD.

PJ Tucker played his college ball at the University of Texas but HBCUs do run in his family. His younger brother Isiah played basketball at Winston-Salem State University. Isiah spoke to HBCU Gameday during the NBA Finals about growing up and their time at the Boys and Girls Club. Isiah now coaches youth sports in Raleigh.

There was some sports news that developed on Saturday as well. Moton was able to inform two of his former players that they were going to be inducted into the NCCU Sports Hall of Fame.

Poobie Chapman and Jeremy Ingram were volunteering at the event and both were presented a letter by Moton. He had the two read the letters aloud, which informed them of their upcoming induction.