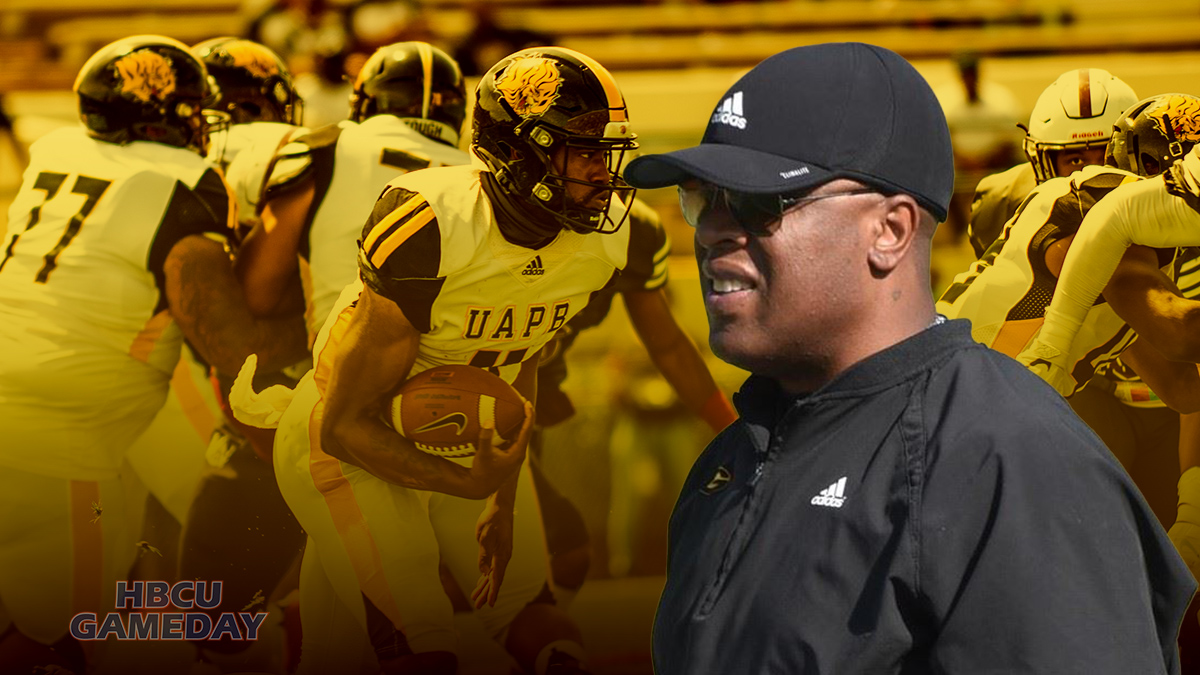 Nord was one of five new additions to Doc Gamble’s Arkansas-Pine Bluff staff announced on Monday morning. He will fill the role vacated by Kenton Evans, who joined Vincent Dancy’s staff at Mississippi Valley State as the offensive coordinator after the spring season.

Nord’s playing experience included a standout career at Grambling State before a professional career with the Philadelphia Eagles and Baltimore Ravens (NFL), Hamilton Tiger-cat (CFL), Iowa Barnstormers, and the New York Dragons (AFL) and RheinFire (NFLE). Kendrick was a three-year starter for Grambling State from 1993-1995 and made a rewarding debut during his sophomore season, passing for 1,987 yards and 16 touchdowns. He was named the Southwestern Athletic Conference Newcomer of the Year and broke Doug Williams’ sophomore record. During his junior year, he broke Doug Williams’ record again with 3,017 yards. That same year, Kendrick played in one of the most exciting Grambling football games in the program’s history — Grambling vs. Alcorn State.

He passed for 485 yards and seven touchdowns in that game.  Nord went on to claim 2nd Team All-SWAC, 1st Team All-Louisiana, and Louisiana Player of the Year and was also named All American. In high school, Nord played football and basketball. He was All-Metro- 1st Team, All-State and County. He passed for over 7,000 yards and threw 60 touchdowns during his career. He was highly recruited coming out of high school.

Nord eventually returned to his alma mater in 2015, joining the staff of teammate Broderick Fobbs as GSU attempted to return to the SWAC mountaintop. And that’s exactly what happened. With Fobbs as the head coach, Nord as the quarterbacks coach and Ole Miss transfer DeVante Kincade under center, GSU ruled the SWAC from 2016 through 2017, winning back-to-back SWAC titles and the 2016 Celebration Bowl and HBCU national title.

Things took a step back in 2018 and 2019 for Grambling overall, and things fell apart during the 2021 spring season. Nord was named interim offensive coordinator after another coaching change, but it only lasted one game before Nord resigned his post.

Now Kendrick Nord will get a fresh start with one of the most dynamic quarterbacks in the SWAC: Skyler Perry. Perry led UAPB to the SWAC West title this spring before a tough loss in the SWAC title game.